The main difference between cheddar and gouda cheese is that cheddar is a harder cheese, while gouda is a semi-hard cheese.

Cheddar and gouda are two cheese varieties popular all over the world. Both are made from cow’s milk and have similar production processes. However, there are differences between them in terms of flavor, texture, and nutritional profiles. 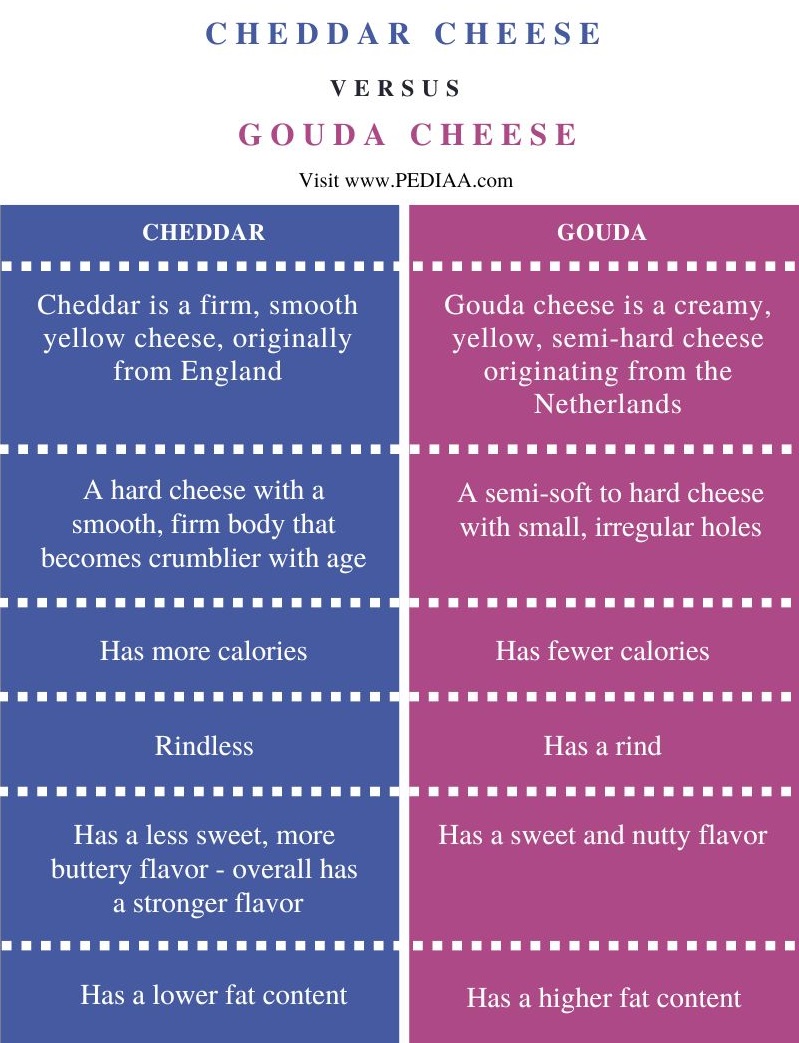 What is Cheddar Cheese

Cheddar is a firm, smooth cheese with a yellow color. Cheddar originated from an English village named Cheddar in Somerset. But, today, cheddar cheese is popular all over the world. Traditional cheddar production involves pressing whey out of the cheese by stacking blocks of curd on top of each other, making the blocks bound together. Then they re-stack these stacks until the cheese becomes acidic and stringy. The next step involves cutting them into chips, salting them, and pressing them into hoops. 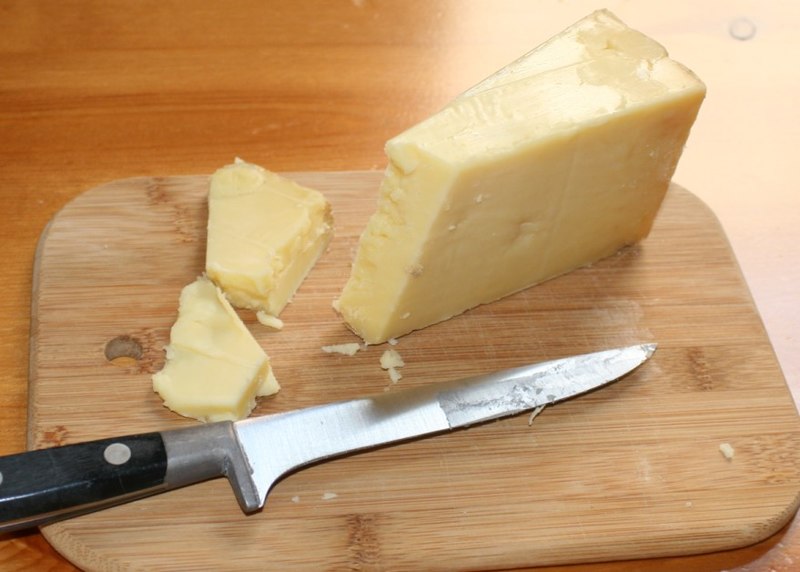 What is Gouda Cheese

Gouda cheese is a creamy, yellow, semi-hard cheese originating from the Netherlands. It’s one of the most popular types of cheese in the world. Gouda is typically made from cow’s milk and has a distinctive aroma, a caramel-like flavor, and a dense and springy texture. 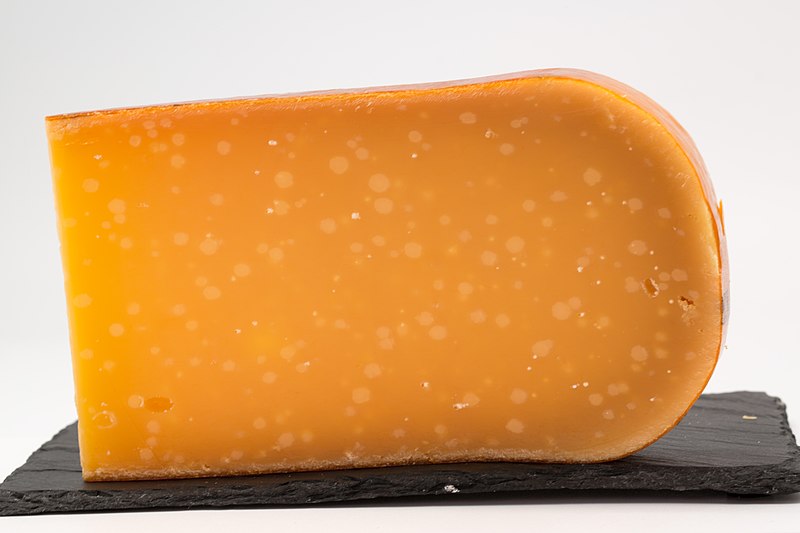 Gouda is available in both pasteurized and unpasteurized forms. When considering its production, when milk curdles, some of its liquid whey is removed and replaced with warm water. This water is later drained. We call this process ‘washing the curds’, and it helps remove extra lactose in the milk, preventing lactic acid formation. The next step in production is pressing the milk curds into round molds and placing them in a brine bath. Then the cheese is set out to dry, usually coated in plastic or wax. Gouda cheese can be aged from one month to over one year. We can categorize gouda cheese into various forms according to age. New gouda or young gouda has an aging time of around 4 weeks, while old or fully matured aged has an aging time of around 10 to 12 months.

Younger gouda cheese has a softer and more mild taste and texture. You can use them for sandwiches or crackers. Older Gouda cheese is stronger, harder, and darker, with a nutty and buttery flavor, and is ideal for cooking. It’s also good with wine or crusty bread.

Difference Between Cheddar and Gouda Cheese

Cheddar is a firm, smooth yellow cheese, originally from England, while Gouda cheese is a creamy, yellow, semi-hard cheese originating from the Netherlands.

Gouda has a rind, while cheddar is a rindless cheese.

Gouda has a sweet and nutty flavor, but cheddar has a less sweet, more buttery flavor. Overall, cheddar has a stronger flavor than gouda.

Cheddar is a firm, smooth yellow cheese, originally from England, while Gouda cheese is a creamy, yellow, semi-hard cheese originating from the Netherlands. The main difference between cheddar and gouda cheese is that cheddar is a harder cheese than gouda. In addition, cheddar has an overall stronger flavor than gouda.