The main difference between Cryptosporidium and Giardia is that the Cryptosporidium is the most common protozoan parasite that causes diarrhea, whereas the Giardia is not very much positively associated with moderate to severe diarrhea. Furthermore, nitazoxanide is the only drug that is effective for the cryptosporidiosis, while several classes of drugs, including tinidazole and metronidazole, show a good efficacy for giardiasis.

Cryptosporidium and Giardia are the two genera of common protozoan parasites. Generally, they are well known for causing waterborne illnesses. 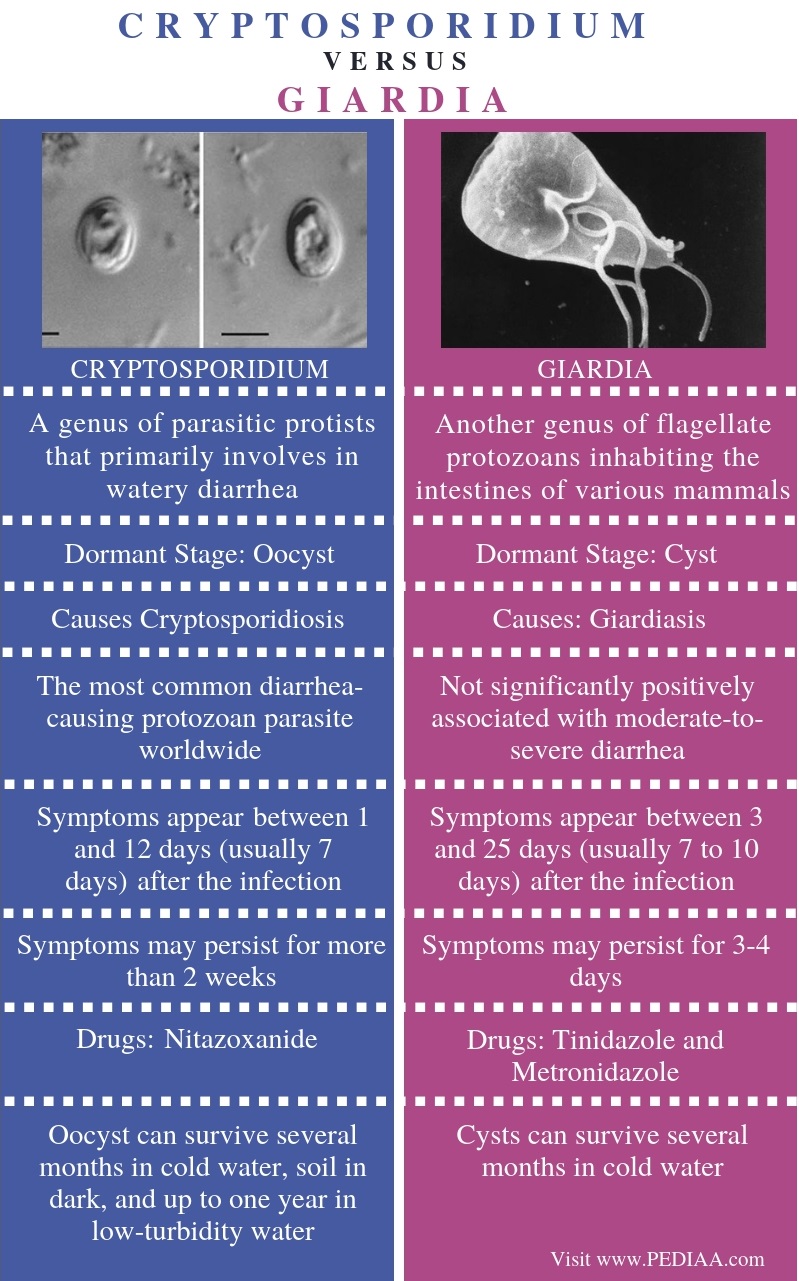 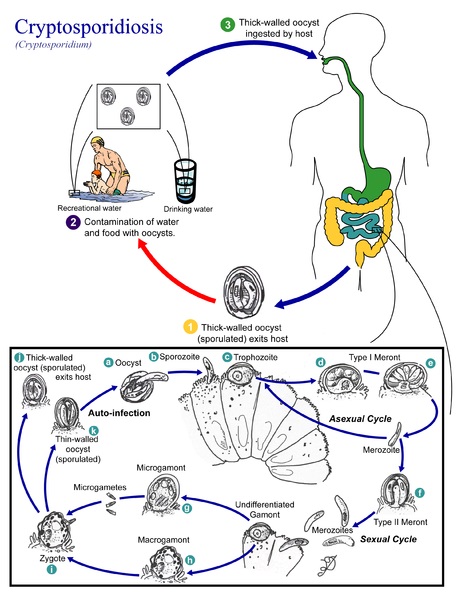 However, in immunodeficient patients, including AIDS and cancer patients, the cryptosporidiosis can become lethal. Deaths may occur due to severe diarrhea.

Giardia also belongs to the genus of parasitic protists. It causes giardiasis. It is usually associated with mild to moderate diarrhea. The other symptoms of this disease include gastrointestinal disturbances, flatulence, and discomfort. These symptoms may last for several days. 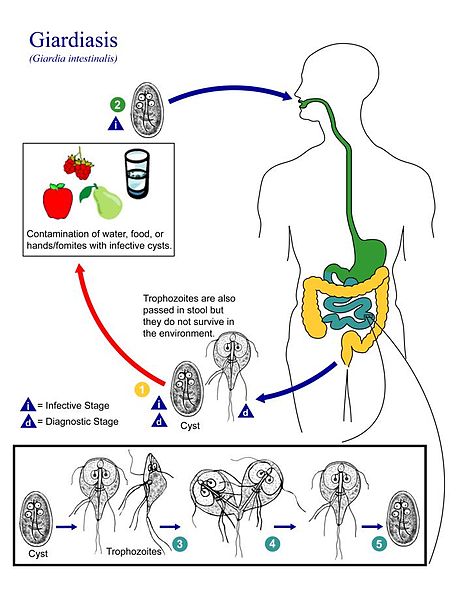 Concerning the transmission of this parasite, the giardiasis transmits by the ingestion of cysts through the fecal-oral route. Here, the cysts are the dormant structures of Giardia. Also, the cyst is capable of staying infectious in cold water for up to three months.

Similarities Between Cryptosporidium and Giardia

Difference Between Cryptosporidium and Giardia

Cryptosporidium refers to a genus of parasitic protists that primarily involves in watery diarrhea while Giardia refers to another genus of flagellate protozoans inhabiting the intestines of various mammals.

Cryptosporidium is the most common diarrhea-causing protozoan parasite worldwide, while Giardia is not significantly positively associated with moderate-to-severe diarrhea.

Persistence of the Illness

Nitazoxanide is the only effective drug for cryptosporidiosis while several classes of drugs, including tinidazole and metronidazole show a good efficacy for giardiasis.

Basically, Cryptosporidium is one of the two main types of parasitic protists that cause waterborne illnesses. It produces a dormant oocyst, which passes through the feces of infected individuals to the outside environment. Furthermore, cryptosporidiosis is the disease caused by the Cryptosporidium, which is the most common diarrhea-causing pathogen. Cryptosporidiosis causes moderate to  severe diarrhea. On the other hand, giardiasis is a disease caused by Giardia. Giardia is the second type of parasitic protists that causes mild to moderate diarrhea. It produces a dormant cyst. Therefore, the main difference between Cryptosporidium and Giardia is the severity of diarrhea.