The main difference between cumin and caraway seeds is that caraway seeds are darker in color, and smaller, and bitter in taste than cumin seeds.

Cumin and caraway seeds are very similar in appearance. They are small, brown in color, and have a somewhat crescent shape. So, this is why many people don’t identify the difference between these two spices. But they have different flavor profiles and people use them differently. 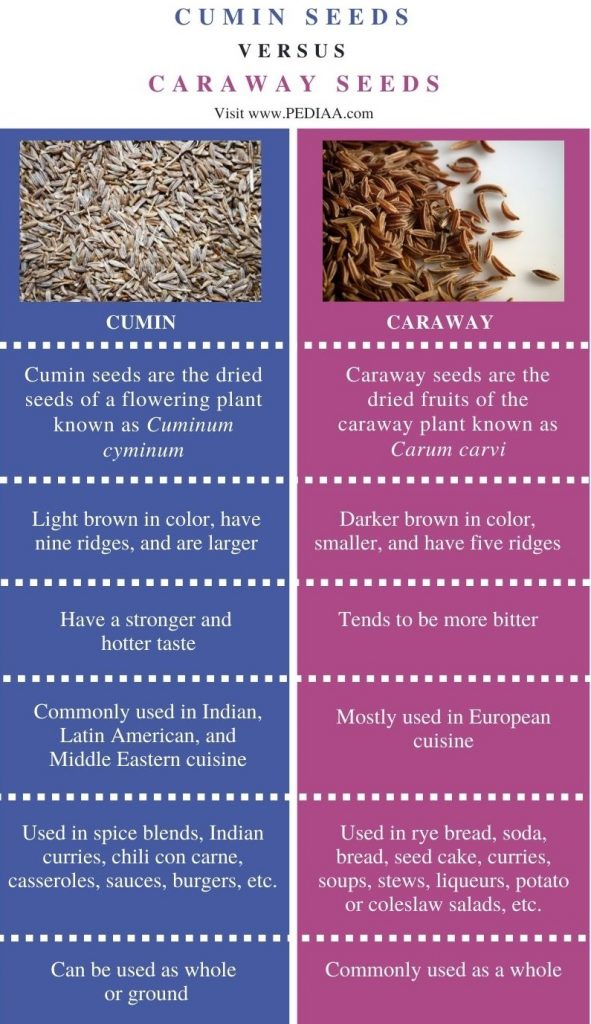 What are Cumin Seeds

Cumin seeds are the dried seeds of a flowering plant known as Cuminum cyminum. Cumin seeds are one of the most popular spices in the world. They are common in Indian, Latin American, and Middle Eastern cuisine. Cumin seeds are long and narrow and light to medium brown in color. They look like small, pointed grains of rice and have lighter colored stripes running the length of them. Cumin has an earthy, nutty, somewhat smoky flavor, and there is also a slight bitterness to it. 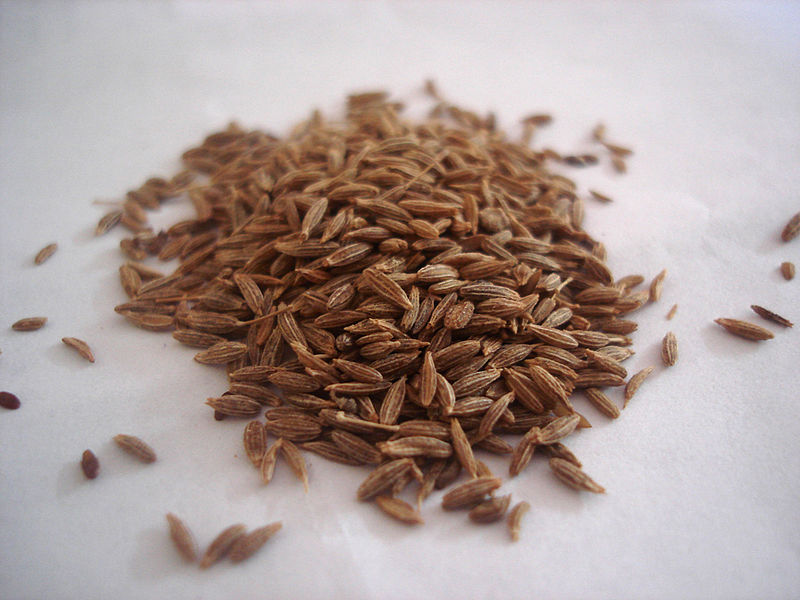 Cumin is available both as whole seeds as well as in the ground form. The ground form is made by grinding dry-roasted cumin seeds. Roasting cumin seeds and then grinding the seeds can heighten their flavor and aroma. Cumin is a commonly used ingredient in spice mixtures like garam masala and curry powder.

What are Caraway Seeds

Caraway seeds are the dried fruits of the caraway plant. Therefore, they are not actually a type of seeds. Each caraway fruit contains one seed. Caraway belongs to the family Apiaceae, which is native to Europe, North Africa, and western Asia. It is commonly used in cuisine and is known to have medicinal applications. They are a good source of dietary fiber and contain vitamins A, E, C, and B, as well as minerals like calcium, iron, zinc, and magnesium. 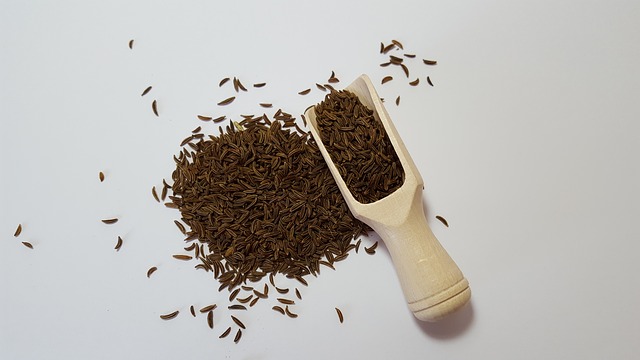 Caraway seeds are highly aromatic. They have a nutty, bittersweet sharpness, along with a hint of pepper, anise, and citrus. They taste bitter than cumin. These seeds are crescent-shaped achenes, which are around 2 mm long, and have five pale ridges. In addition, they are darker and smoother than cumin seeds.

Bakers frequently use caraway seeds in bread recipes like rye bread and soda bread. Caraway seeds are also a common ingredient in a British seed cake. We can also use them to flavor curries, soups, stews, liqueurs, potato or coleslaw salads, etc. Some cooks also use ground caraway seeds in cooking. This is more potent than whole seeds.

Difference Between Cumin and Caraway Seeds

Cumin seeds have a stronger and hotter taste than caraway seeds.

We can use the cumin seeds as whole or ground, while people commonly use caraway seeds as a whole.

1. Alfaro, Danilo. “Cumin: A Popular Spice in Many Cuisines.” The Spruce Eats.
2. “What Are Caraway Seeds? How to Cook Caraway Seeds, Health Benefits, and 4 Recipe Ideas – 2022.” MasterClass.