Elastic arteries, muscular arteries, and arterioles are the three groups of arteries classified based on their size and function. The main function of arteries is to supply oxygenated blood to the tissues and organs of the body.

What are Elastic Arteries

Elastic arteries or conducting arteries are the arteries closest to the heart. They are characterized by the presence of a large number of collagen and elastin filaments in the tunica media, the middle layer of a typical artery wall. The examples of elastic arteries include the aorta along with its three major branches: left brachiocephalic, right common carotid, right subclavian arteries and pulmonary arteries. In the case of the aorta, the tunica media is the thickest and it contains 50 layers of alternating elastic and smooth muscle fibers.

Furthermore, the walls of the carotid sinus and the arch of aorta contains both baroreceptors and chemoreceptors. Here, baroreceptors are responsible for sensing the pressure changes while chemoreceptors monitor the oxygen and carbon dioxide concentration of blood along with blood pH.

What are Muscular Arteries 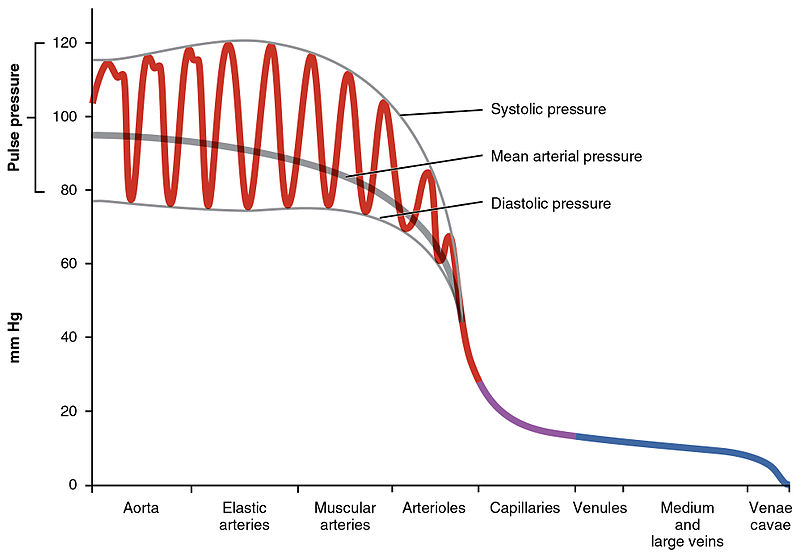 Moreover, muscular arteries are also known as resistance vessels as they exhibit vasoconstriction in response to sympathetic stimulation. That means; they can change the diameter of arteries, controlling the flow of blood as well as blood pressure. Alpha 1 and beta 2 adrenergic receptors are responsible for the sympathetic innervation in muscular arteries.

Similarities Between Elastic and Muscular Arteries

Difference Between Elastic and Muscular Arteries

Elastic arteries refer to an artery with a large number of collagen and elastin filaments in the tunica media, which gives it the ability to stretch in response to each pulse, while muscular arteries refer to a medium-sized artery that draws blood from an elastic artery and branch into “resistance vessels” including small arteries and arterioles. Thus, this is the main difference between elastic and muscular arteries.

Elastic arteries receive high-pressure blood from the heart and gently push the blood forward while muscular arteries supply blood to various organs. Hence, this is the functional difference between elastic and muscular arteries.