The main difference between epitope and paratope is that epitope is a specific antigenic determinant that occurs on the antigen, whereas paratope is the antigen-binding site on the antibody. Furthermore, immune system components, including antibodies, B cells, and T cells, recognize epitopes while paratope binds to the specific epitope.

Epitope and paratope are two types of binding regions found on proteins. They play an important function in the humoral immunity by means of recognition. 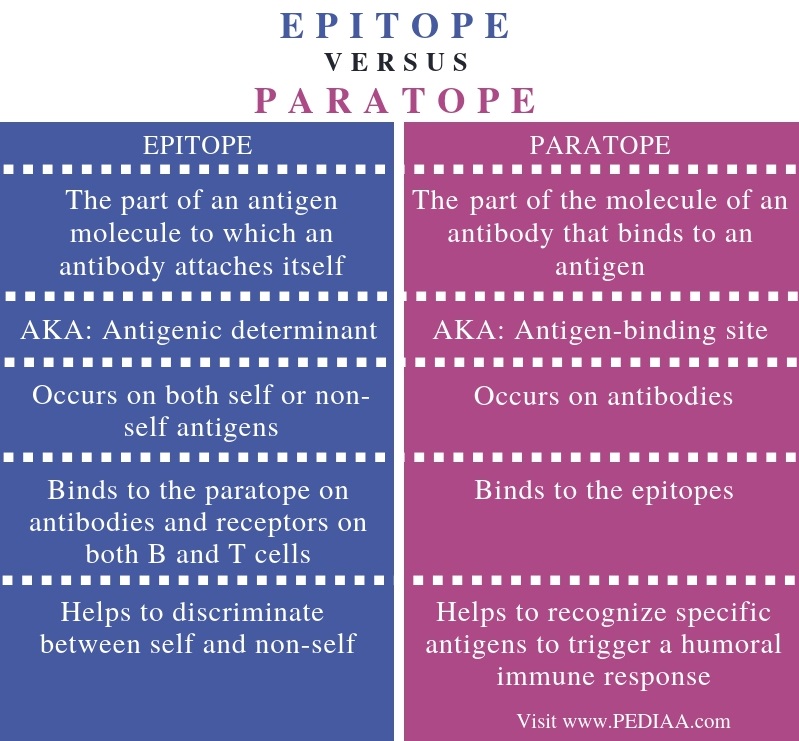 What is an Epitope 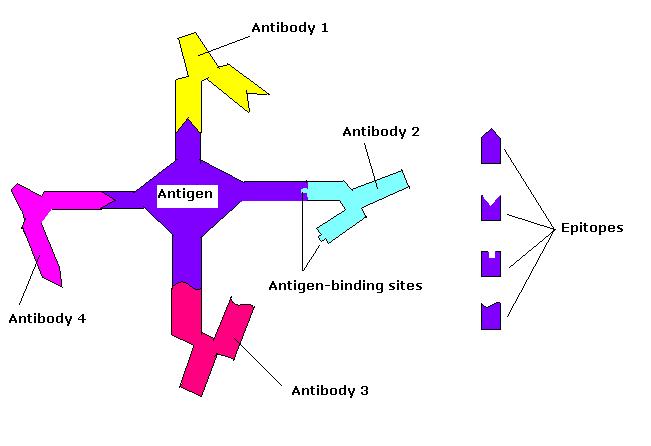 What is a Paratope

A paratope is the part of an antibody that specifically binds to the epitope. Therefore, it is known as the antigen-binding site. Generally, it is a small region in the Fv region of the antibody. Moreover, the size of the paratope is 5-10 amino acids. Here, the Fv region is a part of the Fab or fragment antigen-binding region. Additionally, an antibody is a Y-shaped molecule. Therefore, both of the arms of an antigen contain Fv regions. 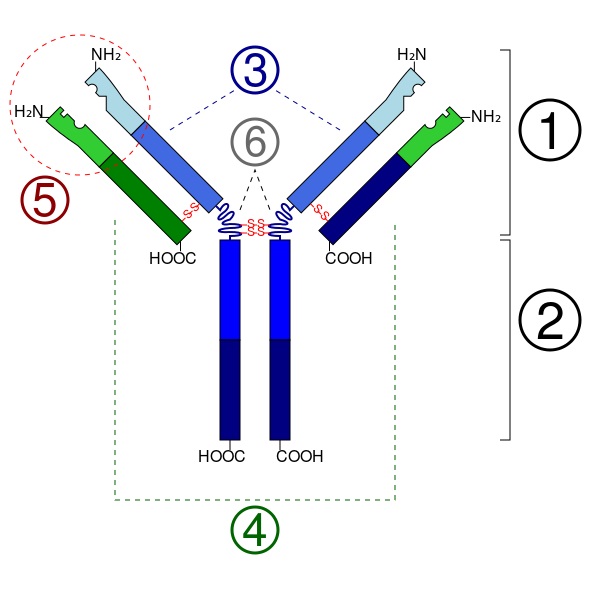 However, the complementary binding of the heavy and light chain helps to produce the 3D structure of the paratope. Furthermore, mimotope is a macromolecule that binds to the paratope, mimicking the binding of an epitope.

Similarities Between Epitope and Paratope

Difference Between Epitope and Paratope

Moreover, epitope helps to discriminate between self and non-self, while paratope helps to recognize specific antigens to trigger a humoral immune response.

An epitope is an antigenic determinant occurs on antigens. However, these antigens can be either self and non-self. On the other hand, paratope is the structural part occurs on antibodies. Moreover, it recognizes epitopes specifically and helps to trigger a humoral immune response. Therefore, the main difference between epitope and paratope is their occurrence and importance.