Home » General » What is the Difference Between Esophagus and Throat

The esophagus and throat are two organs found in the upper part of the digestive tract of vertebrates. Generally, they are pipe-like structures responsible for passing either food or air into the lower parts of the digestive or respiratory tracts, respectively. 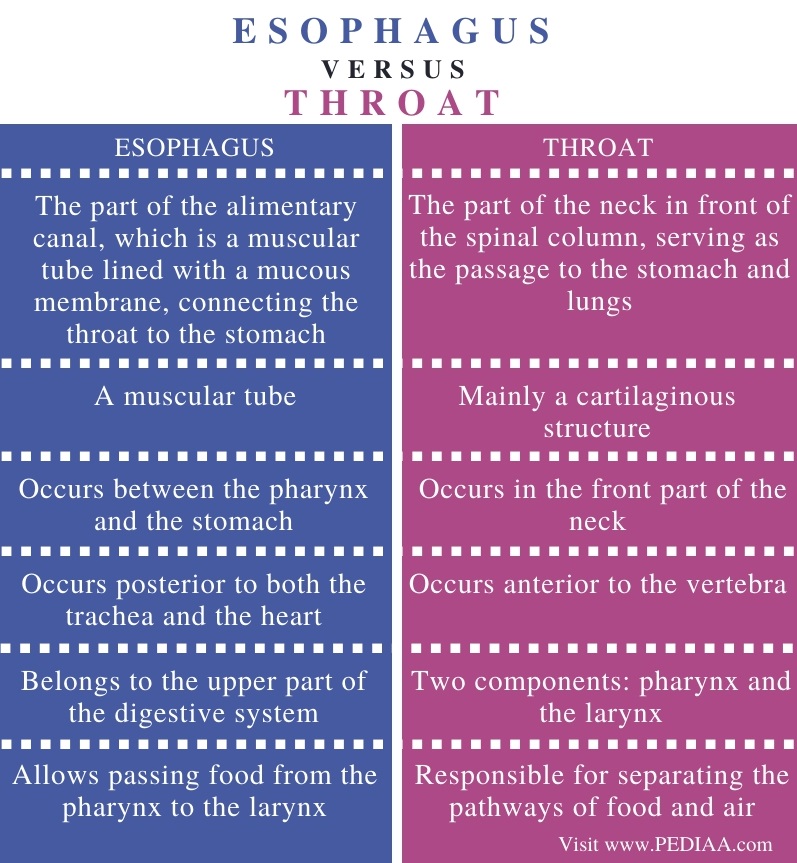 The esophagus is a muscular tube that belongs to the upper part of the digestive system of vertebrates. It also connects the throat to the stomach, conducting food and liquids swallowed into the pharynx in order to reach the stomach. Generally, the length of the esophagus is around 25 cm in adults. In addition to these, it occurs posterior to both the trachea and the heart. Usually, the esophagus passes through the esophageal hiatus in the diaphragm and reaches the stomach. 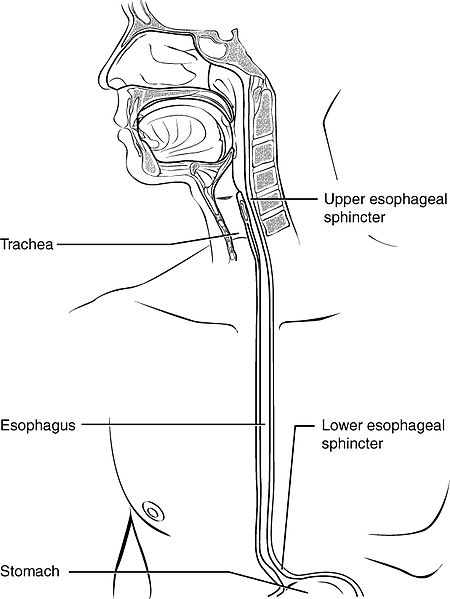 What is the Throat

Throat is the front part of the neck of vertebrates. Generally, it occurs anterior to the vertebra. It consists of both pharynx and larynx. However, the most important anatomical structure found in the throat is the epiglottis, which is responsible for separating the pharynx from the larynx. It prevents the inhalation of food and drinks in the esophagus into the lungs. Therefore, the main function of the throat is to separate the pathways of the upper parts of both the digestive tract, which is the esophagus, and the respiratory system, which is the trachea. 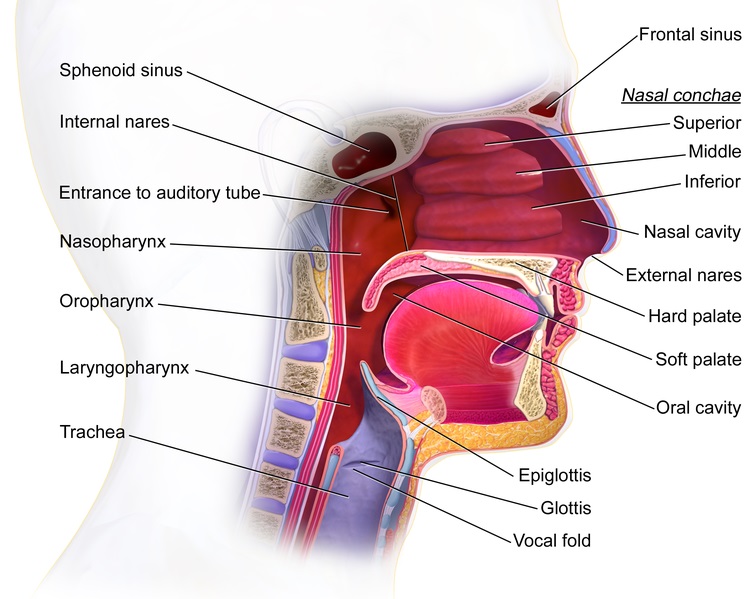 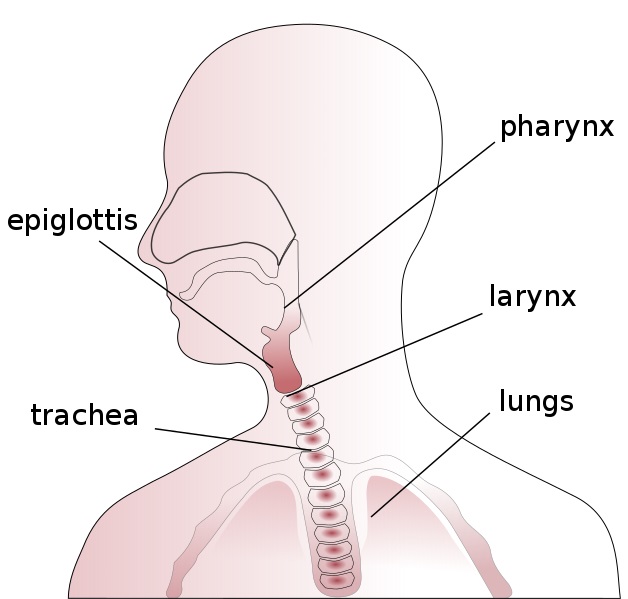 Furthermore, cricotracheal ligament, median cricothyroid ligament, thyrohyoid membrane, and quadrangular membrane connect each cartilage to form the structure of the larynx. Moreover, larynx consists of vocal cords made up of a vocal ligament and vocalis muscles. Generally, the rima glottidis refers to the gap between the vocal cords. Since it produces sounds with the aid of vocal cords, the larynx is called the vocal box.

The epiglottis is a leaf-shaped flap occurring behind the tongue, on top of the larynx. It is a hard, cartilaginous structure whose main function is to cover the trachea during swallowing. Therefore, it prevents food from entering the respiratory tract or aspiration.

Moreover, the flap of the epiglottis is made up of elastic cartilage while a mucous membrane covers it. During breathing, it stands open, allowing the passage of air into the larynx. Furthermore, the epiglottis is used in some languages to produce epiglottal consonant speech sounds.

Similarities Between Esophagus and Throat

Difference Between Esophagus and Throat

Esophagus refers to a part of the alimentary canal, which is a muscular tube lined with a mucous membrane, connecting the throat to the stomach, while throat refers to the part of the neck in front of the spinal column, serving as the passage to the stomach and lungs.

The esophagus is a muscular tube while the throat is mainly a cartilaginous structure.

Moreover, esophagus occurs between the pharynx and the stomach while the throat occurs in the front part of the neck.

The esophagus occurs posterior to both the trachea and the heart while the throat occurs anterior to the vertebra.

In addition, the esophagus allows passing food from the pharynx to the larynx while the throat is responsible for separating the pathways of food and air.

The esophagus is the muscular tube occurring between the pharynx and the stomach. Therefore, it belongs to the upper part of the digestive system and is responsible for passing food from the pharynx to the stomach by peristaltic contractions. In contrast, throat is an anatomical structure consisting of both pharynx and larynx. Moreover, the epiglottis is the main anatomical part of the throat, separating the esophagus from the trachea. Therefore, the throat commonly belongs to the upper parts of both digestive and respiratory systems. Hence, the main difference between esophagus and throat is their anatomy and function.