Artificial Intelligence (AI) is the simulation of human intelligence processes by machines; especially, the computer systems. In other words, it gives a machine or a computer the ability to perform tasks similar to a human. Fuzzy logic and neural network are two sub categories of Artificial Intelligence. In brief, these technologies help to build useful applications that can make effective decisions. 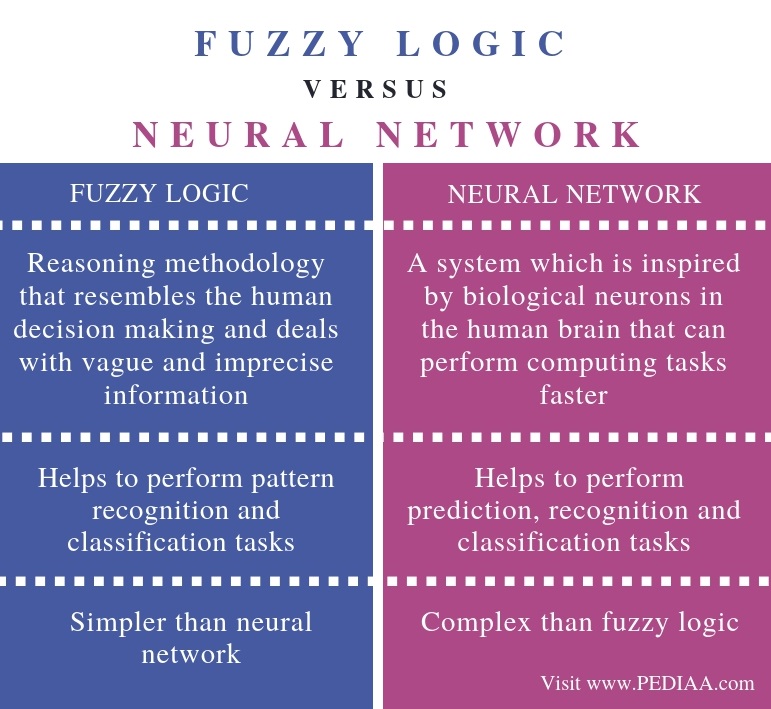 What is a Fuzzy Logic

Fuzzy logic is a reasoning method that is similar to human reasoning. In other words, a fuzzy logic-based system can make decisions similar to a human. It involves all intermediate possibilities between digital values Yes and No. The conventional logic block is capable of obtaining input and generating output as true or false similar, to a human’s yes or no. Microwaves, washing machines, air conditioners and vacuum cleaners are some applications that use fuzzy logic.

The main objective of using fuzzy logic is to control machines. It also provides acceptable reasoning. Moreover, it helps to handle uncertainty. It is possible to implement fuzzy logic to any kind of system irrespective of its size.  Furthermore,  the system can consist of hardware, software or a combination of both.

Overall, fuzzy logic is easier to understand. However, there is no systematic approach to design a fuzzy logic-based system. It is also not effective for systems that require higher accuracy.

What is a Neural Network 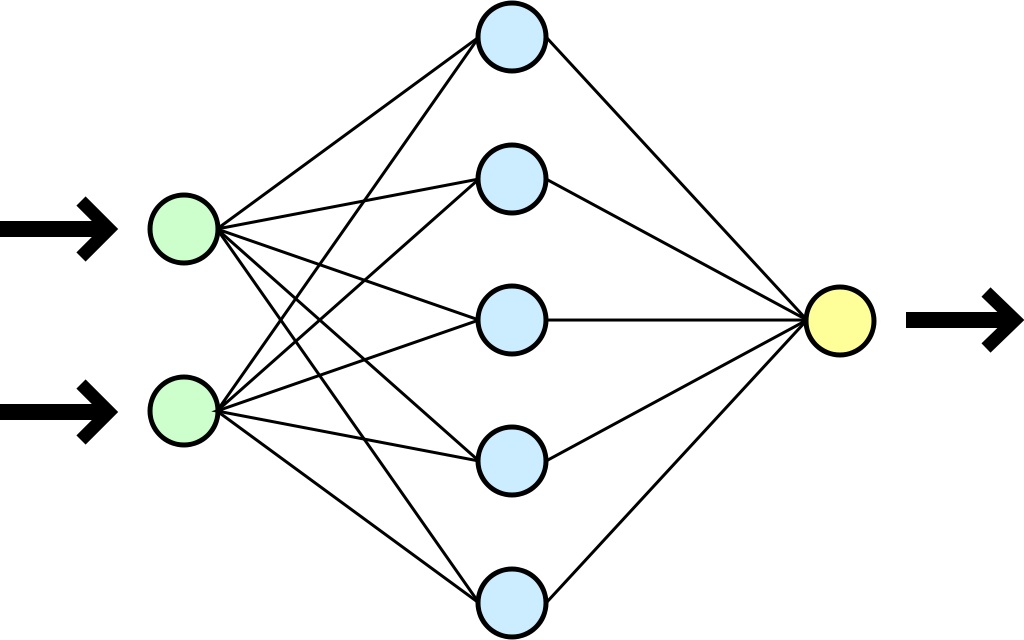 The basic type of a neural network is a perceptron. It contains neutrons, and each neuron in it is given an input and has a weight. The neutron computes some function on the weighted inputs and provides the output. Each input is multiplied by the corresponding weight, and the resulting output goes through an activation function to provide the final output. Here, this weight emphasizes the effectiveness of the input. Besides, there is an additional parameter called bias to adjust the weights. Moreover, an activation function converts the inputs to outputs according to a threshold value. Linear, tanh, sigmoid and softmax are some activation functions. It is possible to select an activation function depending on the problem.

Fuzzy logic is a reasoning methodology that resembles human decision making and deals with vague and imprecise information, while a neural network is a system inspired by biological neurons in the human brain and can perform computing tasks faster.

The fuzzy logic is simpler than the neural network.