Gopher and groundhog or woodchuck are two types of rodents characterized by the presence of a pair of very sharp incisors used to chew food. Gopher is native to North and Central America while groundhog is native to the United States. 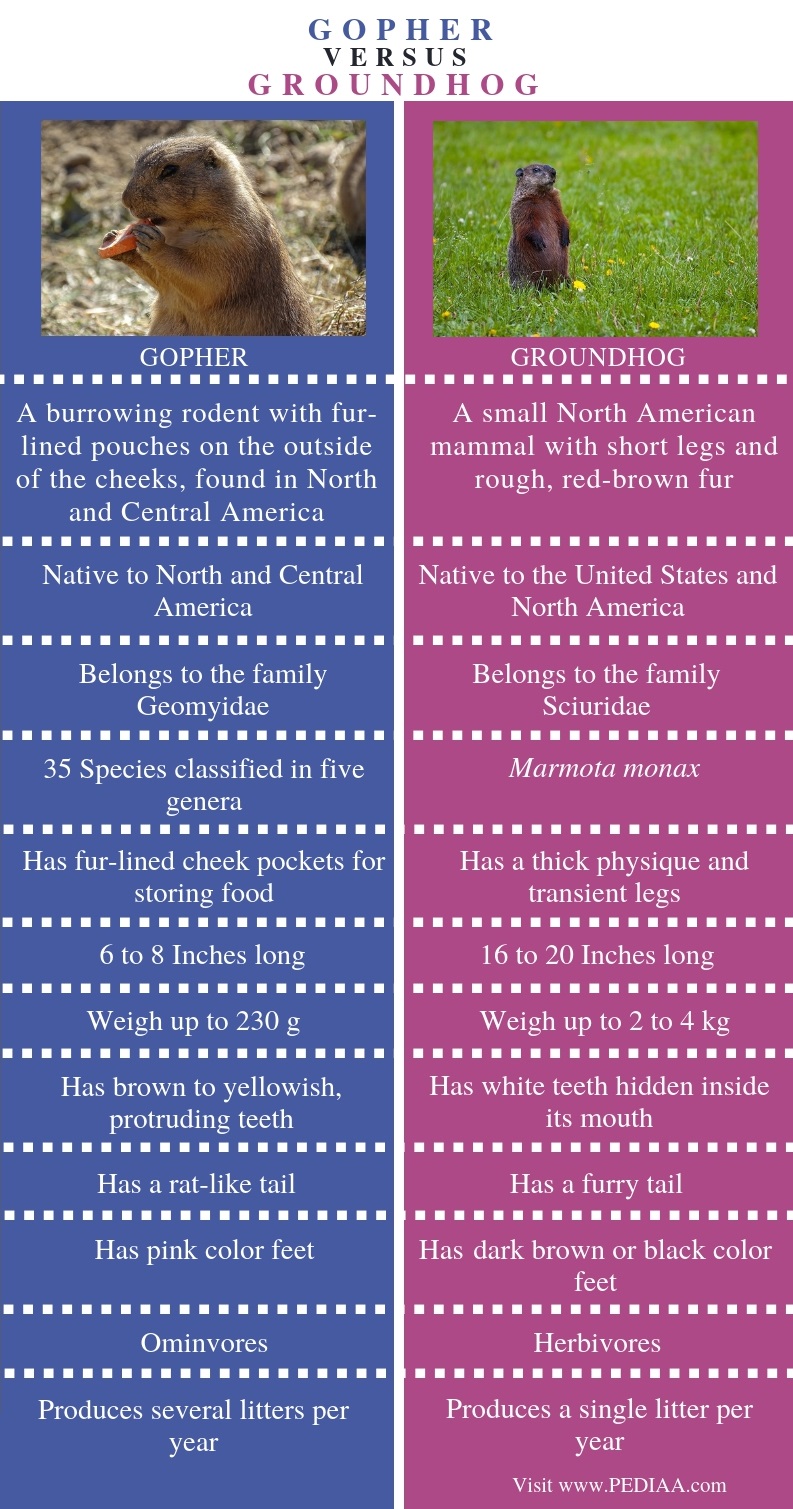 Gopher is a small rodent that belongs to the family Geomyidae. There are around 35 gopher species live on the earth and they are classified into five genera. Kangaroo rats, kangaroo mice, and pocket mice are the other members of their family. Most gophers are brown in color with pink color feet. Their tail is hairless. Furthermore, the teeth of gophers are brown to yellow in color and the large incisors protrude out from the mouth. The front feet of gophers are more adapted to digging. Also, they are good at holding objects. 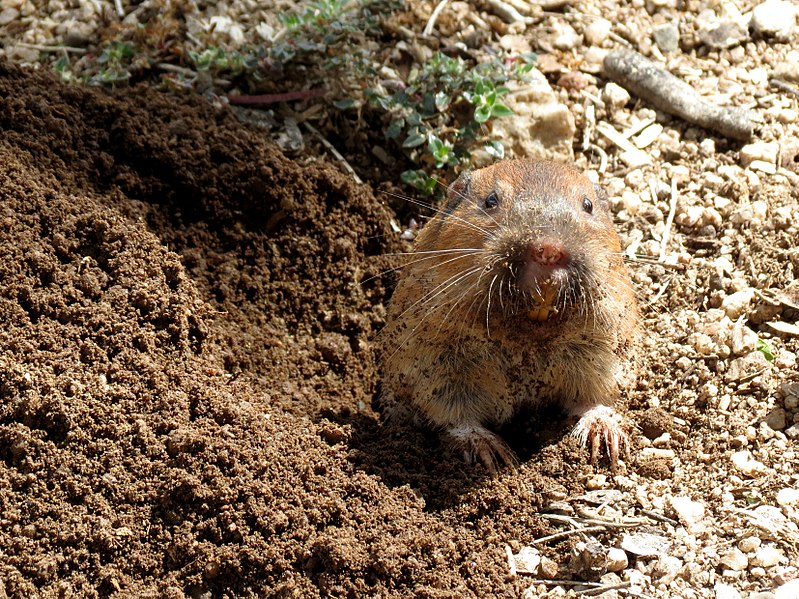 Furthermore, gophers have complex burrow systems used by other animals as well. They spend most of their time inside their burrows. One of the main significant features of gophers is the presence of a cheek pouch. They store roots and tubers, which are their main food sources. Generally, gophers have separate burrows for foraging, food stores, nesting and relieving themselves.

Groundhog is another rodent that is a part of the marmot group. It belongs to the Sciuridae, which also includes squirrels, chipmunks, marmots and prairie dogs. It is also known as woodchuck (Marmota monax). Also, the outer coat of fur of a groundhog can have a variety of brown shades. They also have an undercoat, which is very dense and gray in color. On the other hand, the tail of the groundhog is short and fully-covered with fur. Moreover, the teeth of groundhogs are white in color and they sit inside the mouth when closed. Significantly, groundhogs are good at climbing trees. 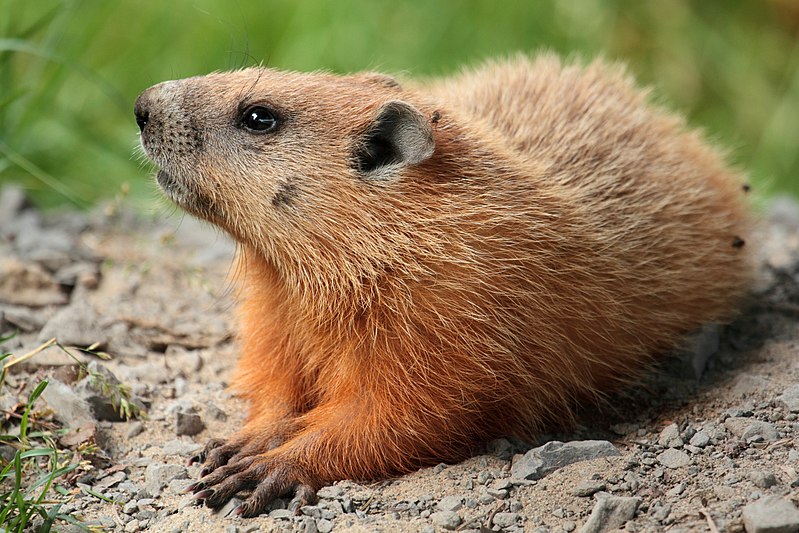 Moreover, groundhogs spend more time on the open ground. But, they sleep in dens or inside simple tunnels. They have separate dens for summer and winter. However, groundhogs do not store food in burrows. They gorge themselves through the summer and some may be active through the winter as well.

Similarities Between Gopher and Groundhog

Difference Between Gopher and Groundhog

Gopher refers to a burrowing rodent with fur-lined pouches on the outside of the cheeks, found in North and Central America, while groundhog refers to a small North American mammal with short legs and rough, red-brown fur. Thus, this is the main difference between gopher and groundhog.

Gopher is native to North and Central America while groundhog is native to the United States and North America.

Around 35 species of gophers have been identified while the scientific name of a groundhog is Marmota monax.

Above all, their size is a distinguishable difference between gopher and groundhog. A gopher can be 6 to 8 inches long while a groundhog can be 16 to  20 inches long.

Furthermore, another observable difference between gopher and groundhog is that the gopher has fur-lined cheek pockets for storing food while groundhog has a thick physique and transient legs.

In addition, a gopher has brown to yellowish, protruding teeth while a groundhog has white teeth hidden inside its mouth.

Another difference between gopher and groundhog is that gopher has a rat-like tail while groundhog has a furry tail.

Also, many gophers have pink color feet while the feet of a groundhog is dark brown or black.

While gophers are omnivores, groundhogs are herbivores.

One other difference between gopher and groundhog is that gopher produces several litters per year while groundhog produces a single litter per year.

Gopher is a small rodent of the family Geomyidae native to North and Central America. Moreover, it has fur-covered cheek pockets to store food. It produces several litters per year. On the other hand, the groundhog is a comparatively larger and stockier rodent of the family Sciuridae. It has a furry tail. However, it produces a single litter per year. Therefore, the main difference between gopher and groundhog is their body structure.