Halophiles and osmophiles are two types of microorganisms that can live in environments with low water activity. Here, water activity defines the amount of water available for hydration of materials. 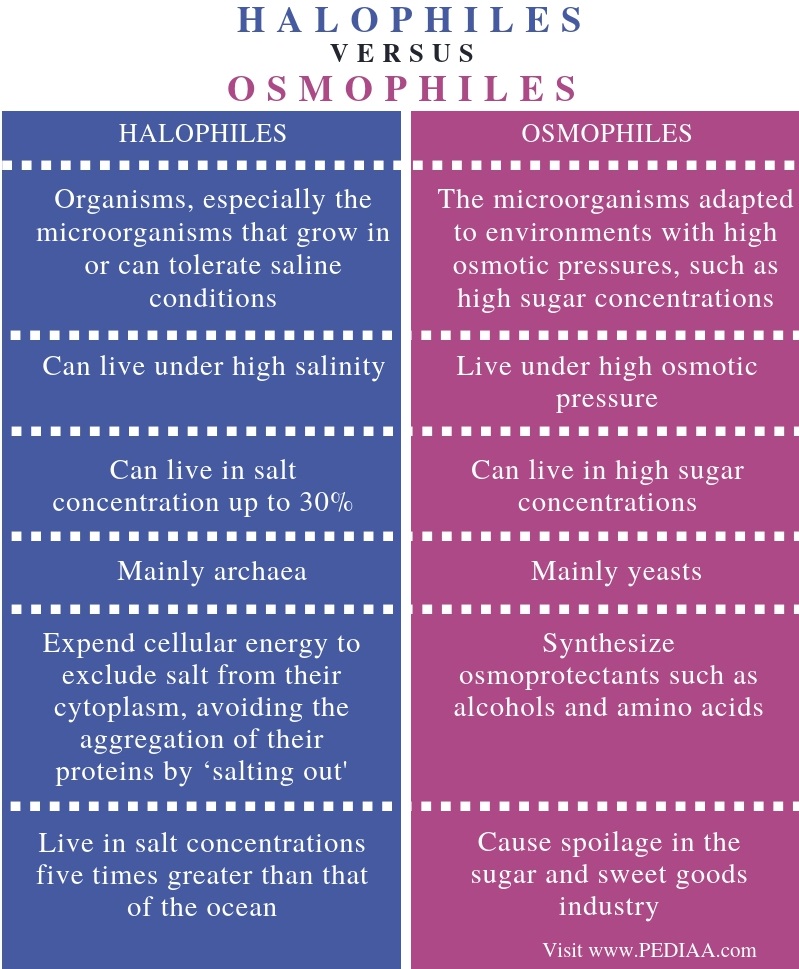 Halophiles are microorganisms that live in environments with high salinity. They are also known as ‘salt-loving’ organisms. Most halophiles are classified under the domain Archaea. Also, some algae such as Dunaliella salina, some fungi such as Wallemia ichthyophaga, as well as some bacteria are halophiles. Generally, halophiles contain a carotenoid known as bacteriorhodopsin, which gives a characteristic red color to them. Moreover, they expend cellular energy to exclude excess salts out from their cytoplasm, preventing the aggregation of proteins by salting out. Also, they use strategies to prevent desiccation through the movement of water out of the cytoplasm to the external environment with high salinity. Here, they accumulate osmoprotectants in the cytoplasm, maintaining the osmolarity. Or else, they undergo selective influx of potassium ions in the cytoplasm to increase the internal osmolarity. 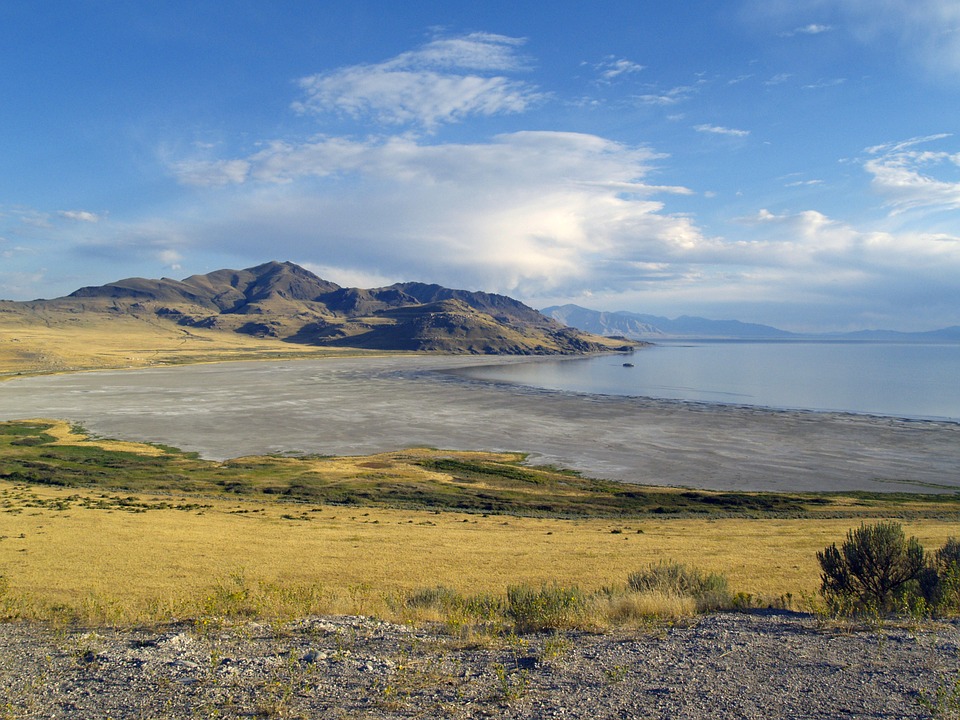 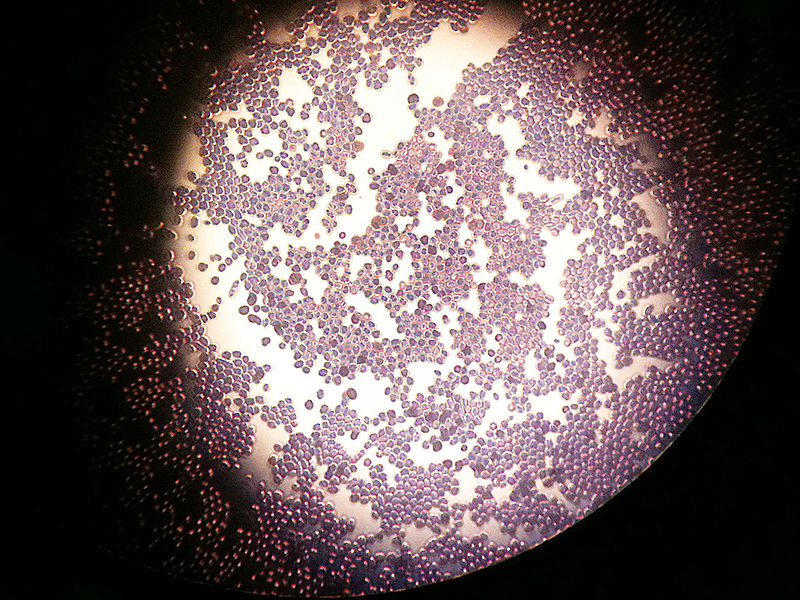 Moreover, they synthesize osmoprotectants including alcohols, sugars, amino acids, polyols, betaines, and ectoine as an adaptation to these environments. Generally, osmoprotectants compatible solutes, which are either are neutral or zwitterionic. They act as osmolytes, which maintain fluid balance and cell volume. Additionally, plants also accumulate osmoprotectants during drought periods. More importantly, osmophiles can cause spoilage in sugar, fruit juice, concentrated fruit juice, liquid sugars, honey, etc.

Similarities Between Halophiles and Osmophiles

Difference Between Halophiles and Osmophiles

Adaptation to the Environment

Besides, while halophiles expend cellular energy to exclude salt from their cytoplasm, avoiding the aggregation of their proteins by ‘salting out’, osmophiles synthesize osmoprotectants such as alcohols and amino acids. Thus, this is also a major difference between halophiles and osmophiles.

Halophiles live in salt concentrations five times greater than that of the ocean while osmophiles cause spoilage in the sugar and sweet goods industry.