The main difference between hookworm and roundworm is that hookworm is a parasitic roundworm belongs either to the genera Ancylostoma or Necator while roundworm is a worm that can live in diverse habitats belonging to the phylum Nematoda. Furthermore, hookworm has a slightly bent neck and a mouth with two pairs of teeth while roundworm has a tubular digestive system with openings at both ends.

Hookworm and roundworm are two types of worms with an elongated, round body. Generally, they are classified under the phylum Nematoda. 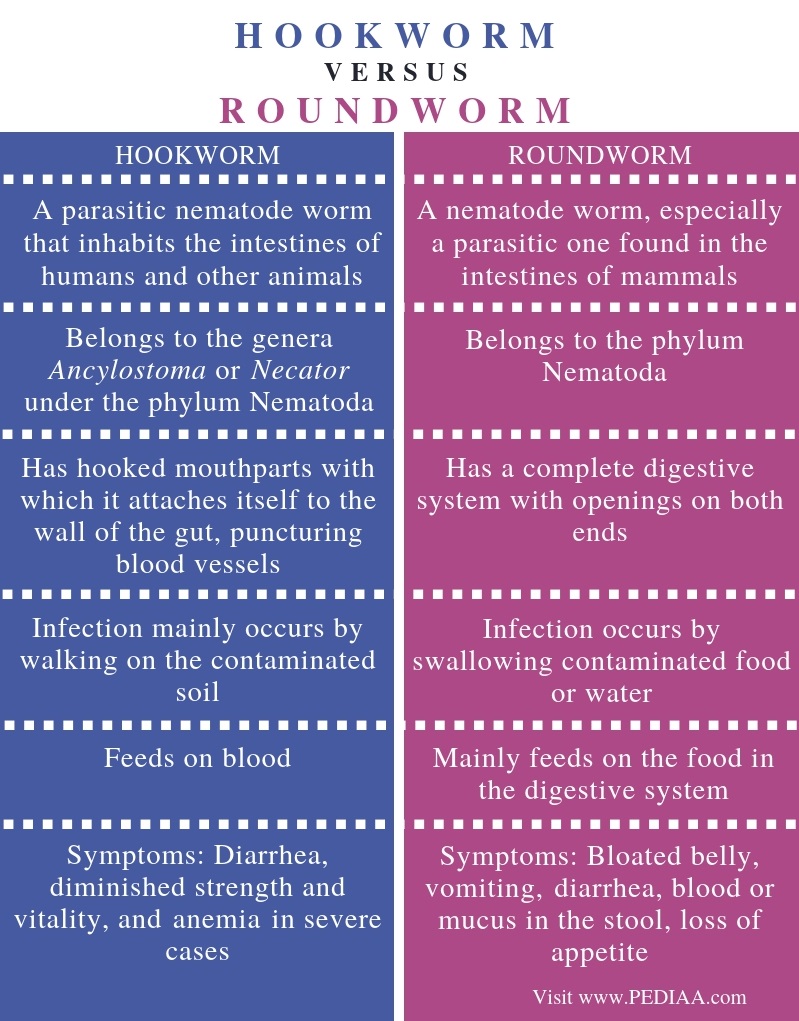 Hookworm is an intestinal parasitic worm that feeds on blood. The type of infections caused by hookworms is helminthiases. In humans, the two main species that form the hookworm infection are Ancylostoma dduodenal and Necator americanus. Generally, A. duodenale has a slightly pink or pale gray color body and a bent neck with a hooked shape. Additionally, their mouth contains two pairs of teeth. Moreover, the size of the male is around 0.5-1 cm. The posterior copulatory bursa is a prominent feature of males. However, the female worm is much larger and stouter. 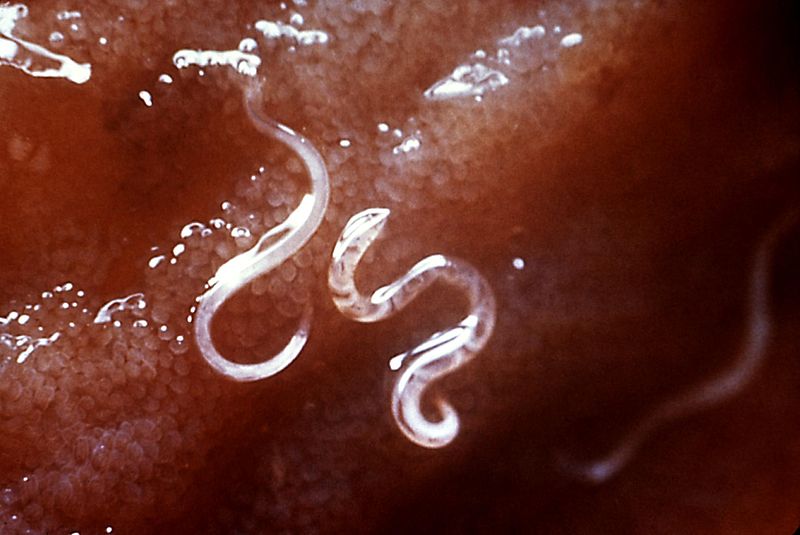 Furthermore, N. americanus is smaller, and males range from 5-9 mm and females around 1 cm. They have a more prominent hook and a pair of cutting plates in the buccal capsule. Moreover, the main reason for the hookworm infection is walking barefoot on contaminated soil. Therefore, the first signs of infection are itching and localized soil. Furthermore, abdominal pain, diarrhea, loss of appetite, weight loss, and fatigue can be other symptoms of the infection. Anemia occurs with severe infections of hookworms.

Roundworm is a nematode worm that is mainly parasitic. Generally, nematodes live in diverse habitats. They can be either free-living or parasitic. However, they are different from flatworms by the presence of a complete digestive system with two openings. Furthermore, the main types of parasitic roundworms in humans include ascarids (Ascaris), filariasis, hookworms, pinworms (Enterobius), and whipworms (Trichuris trichiura).  They live, feed, and reproduce in the intestine. Basically, roundworm infections are known as ascariasis or ascaris. 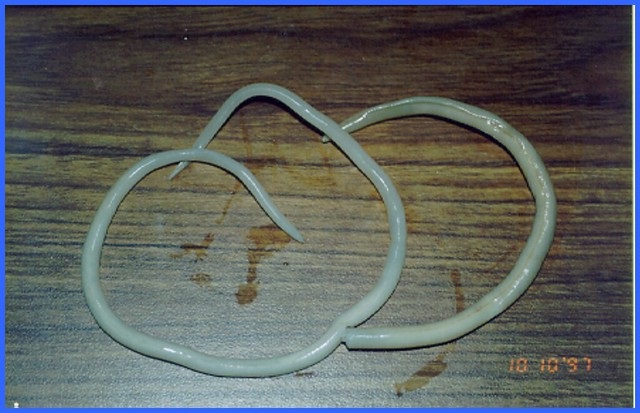 Moreover, roundworm infections do not cause any symptoms. Only severe infections cause severe symptoms. Furthermore, this infection mainly occurs by swallowing microscopic eggs through contaminated food or water. Infected people have eggs in their faeces.

Similarities Between Hookworm and Roundworm

Difference Between Hookworm and Roundworm

Moreover, hookworm has hooked mouthparts with which it attaches itself to the wall of the gut, puncturing blood vessels while roundworm has a complete digestive system with openings on both ends.

Also, another difference between hookworm and roundworm is that hookworm feeds on blood while roundworm mainly feeds on the food in the digestive system.

The main symptoms of the hookworm infection include diarrhea, diminished strength and vitality, and anemia in severe cases while the symptoms of roundworm infection can be bloated belly, vomiting, diarrhea, blood or mucus in the stool, loss of appetite.

Hookworm is a type of parasitic roundworm. Moreover, the main anatomical significance in hookworm is the presence of hooked mouthparts. Therefore, it feeds on the blood from the blood vessels in the intestine. On the other hand, roundworm is a parasitic nematode. However, it has a complete digestive system with openings at both ends. Generally, they feed on food inside the intestine. Therefore, the main difference between hookworm and roundworm is their anatomy and feeding method.