Home » General » What is the Difference Between Indica and Sativa

Sativa and Indica are the two main varieties of cannabis. Both Sativa and Indica have multiple medicinal and recreational purposes all around the world, although their cannabinoids composition varies from each other. 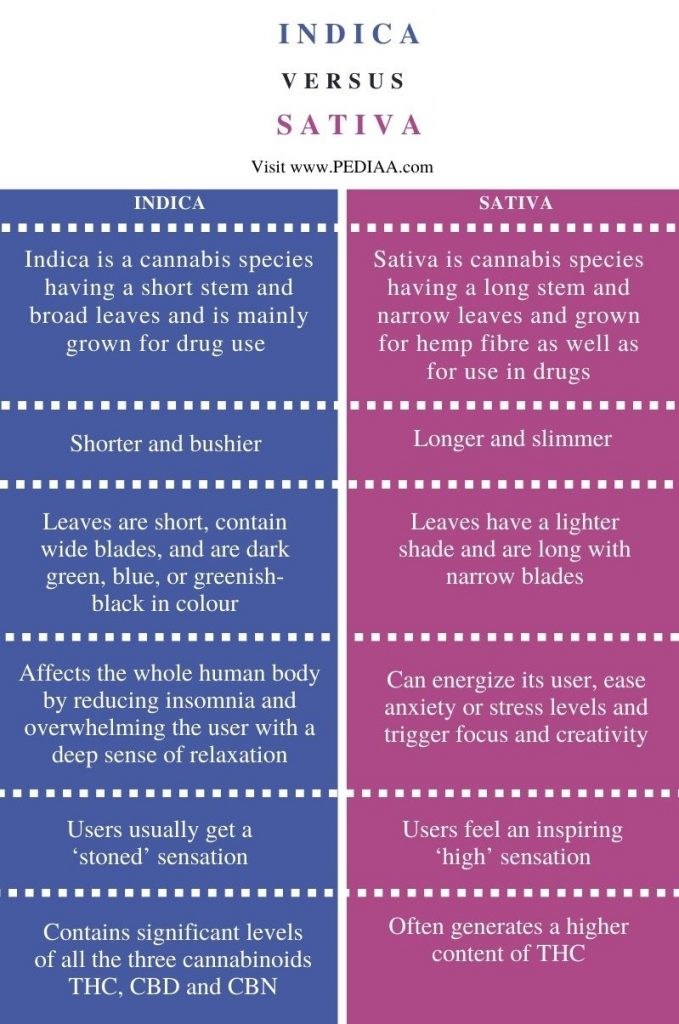 Indica is a cannabis bush that usually reaches a height of less than two meters. An Indica bush usually consists of dark green, blue, or greenish-black leaves. These leaves are short and contain wide blades. Indica strains usually produce more side-branches and a thicker overall growth than Sativa. Therefore, Indica bushes are wider and bushier than Sativa plants. Indica flowers have thick clusters around the nodes of the female plant, so they usually weigh more than Sativa flowers. Cannabis Indica bushes have a strong stem with thin bark. However, they are not highly suitable for fibre production. 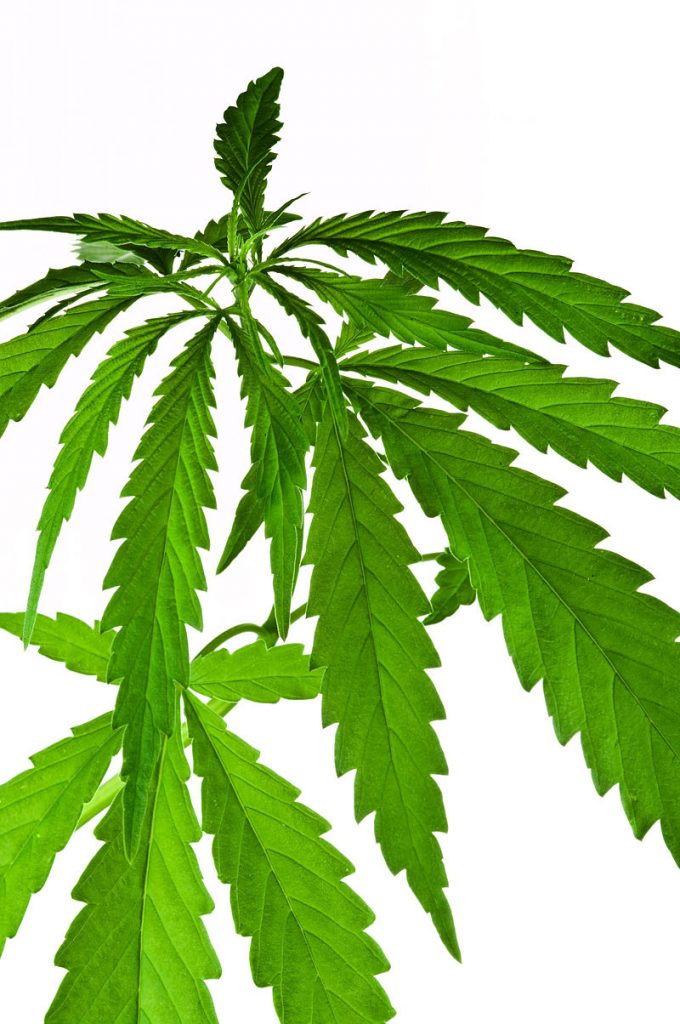 Sativa is another species of Cannabis bushes that are taller with a lighter shade of green. Sativa leaves are long with narrow blades. Compared to cannabis Indica, Sativa bushes produce female flowers that are longer with a more ‘feathery’ appearance. The foliage of a Sativa plant has a thin dispersion. It permits more airflow around and between the bushes, leading to healthier growth with less damage from fungus amid humid tropical conditions. 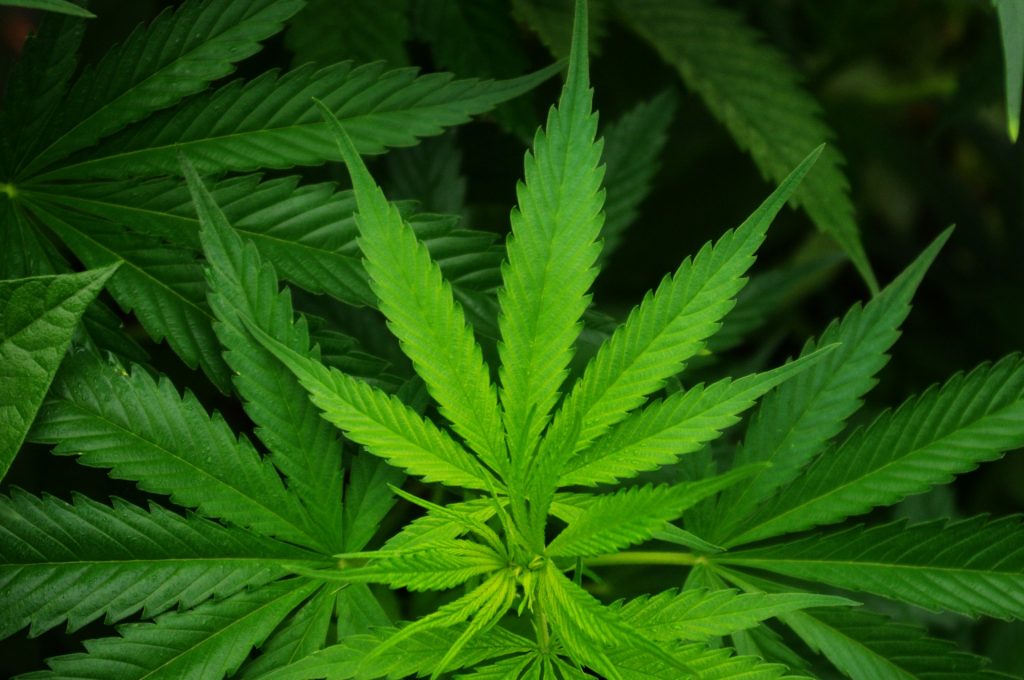 Cannabis Sativa is probably the most frequently used variety of cannabis around the world. This is mainly because cannabis Sativa has multiple applications. Sativa, being the tallest variety, its hemp is largely grown for industrial purposes. When a person is ‘high’ with cannabis Sativa, which is mainly a recreational variety, he usually gets an energetic and a deep zestful ‘high’, sensation.  Most significantly, cannabis Sativa is highly important when used for patients going through chemotherapy, HIV treatment and other medical treatments that result in loss of appetite and nausea.

Similarities Between Indica and Sativa

Difference Between Indica and Sativa

Indica plant is shorter and bushier whereas Sativa plant is longer and slimmer.

Leaves of Indica are short, contain wide blades, and are dark green, blue, or greenish-black in colour, while leaves of Sativa have a lighter shade and are long with narrow blades.

Sativa has the ability to energize its user, ease anxiety or stress levels and trigger focus and creativity. Indica, on the other hand, affects the whole human body by reducing insomnia and overwhelming the user with a deep sense of relaxation.

In brief, the main difference between Indica and Sativa is that Indica can influence the whole human body and is effective in reducing insomnia and leaving the user with a deep sensation of relaxation, whereas Sativa has the ability to energize its user, eases anxiety or stress levels by triggering the user’s focus and creativity. It is interesting how individual cannabis plants generate varying effects, even among the plants of the same species, mainly depending on the plant’s chemical composition and the techniques used in cultivating the plant.