The main difference between Lex and Yacc is that Lex is a lexical analyzer which converts the source program into meaningful tokens while Yacc is a parser that generates a parse tree from the tokens generated by Lex. 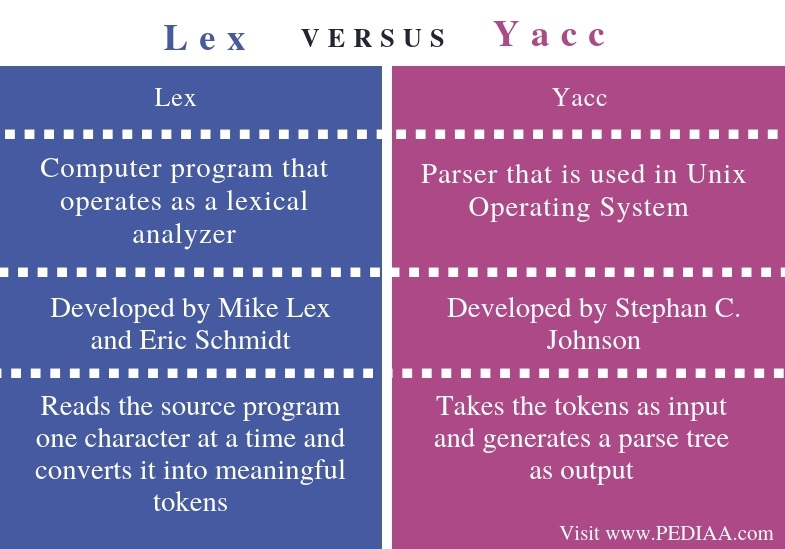 Lex is a computer program that generates lexical analyzers. Mike Lex and Eric Schmidt are the original developers of Lex. It is a standard lexical analyzer generator on various UNIX systems. Lex is specified as a part of the POSIX standard. Generally, Lex is used with Yacc parse generator. Furthermore, Lex reads an input stream specifying the lexical analyzer. Then, it outputs the source code implementing the lexer in the C language. 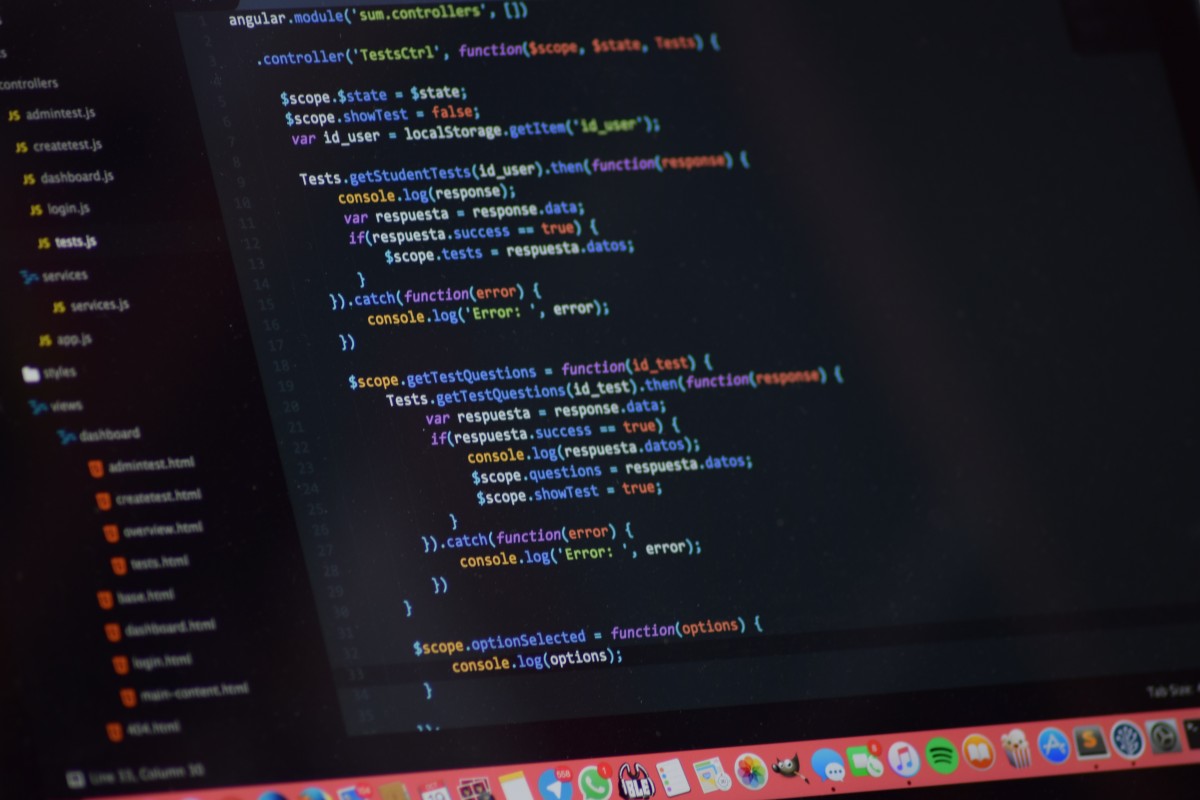 A Lex file consists of the following three sections:

Rules: It contains regular expression patterns with C statements. When the lexer identifies that the text in the input matches a given pattern, it will execute the associated C code.

C code: This section consists of C statements and functions.

Yacc stands for Yet Another Compiler-Compiler. Stephan C. Johnson developed it, and it is used in UNIX systems. It is a standard utility on BSD and AT&T UNIX. Additionally, GNU based Linux distribution include Bison, forward-compatible Yacc replacement.

Moreover, the input to Yacc is a grammar of C code that is attached to its rules. The output is a shift-reduce parser in C. After recognizing the rule, it executes the C code associated with each rule. Further, the typical actions include generating the parse tree.

Difference Between Lex and Yacc

Lex is a computer program that operates as a lexical analyzer while Yacc is a parser that is used in the Unix Operating System.

While Lex reads the source program one character at a time and converts it into meaningful tokens, Yacc takes the tokens as input and generates a parse tree as output.