Home » Public » Legal » What is the Difference Between Magistrate and Judge

The main difference between magistrate and judge is that judges have more legal power and authority than magistrates.

Although both magistrate and judge are judicial officers, there are considerable differences between these two positions, especially in terms of power. A judge is a person who decides on the matters of the court, while a magistrate is a regional judicial officer usually appointed by a judge. 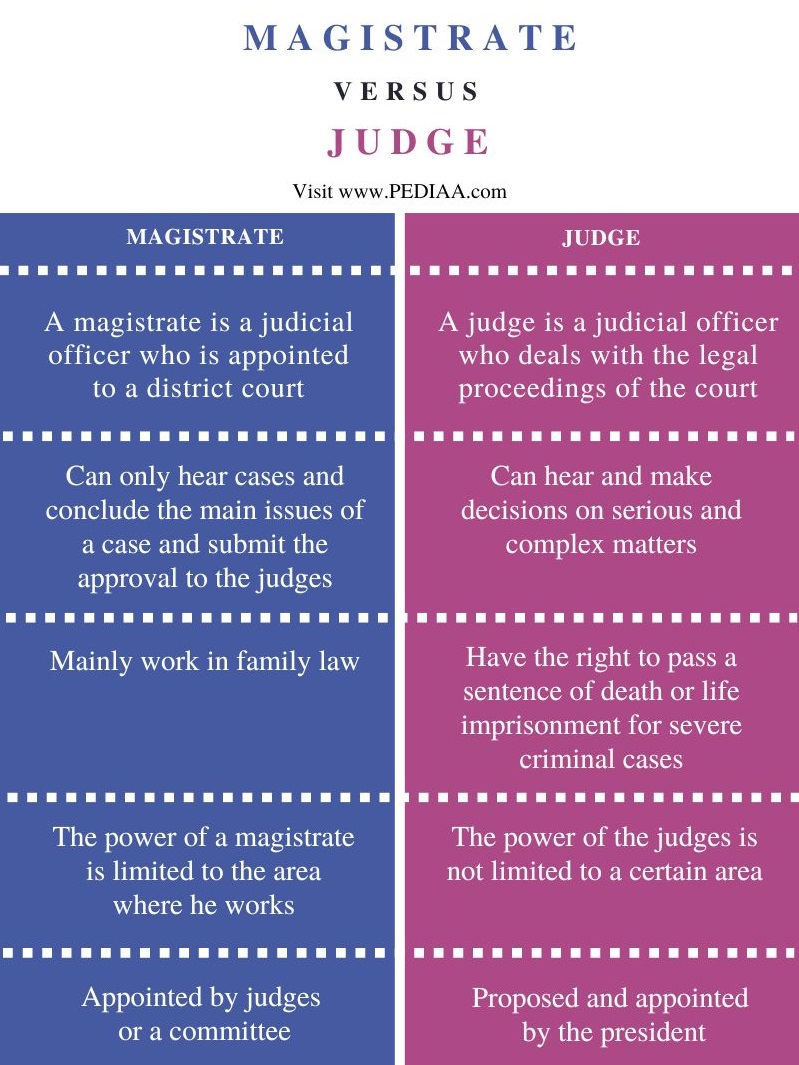 Who is a Magistrate?

A magistrate is a judicial officer who is appointed to a district court. Magistrates work for a specific district, and their authority is limited within the district they work. One of the primary duties of magistrates involves listening to civil and criminal matters and making decisions. Nevertheless, services done by magistrates can differ from each other in different countries.

In some cases, magistrates take witnesses from the parties of a case. They have the authority to conclude the main issues of a case and submit it for the judge’s final approval. Countries around the world use different methods of appointing magistrates. In some countries, a committee appoints the magistrates. On the other hand, in some other countries, judges select magistrates to hear family matters in the courts. Magistrates have vast experience in family law, and the Circuit Court appoints magistrates. Generally, magistrates hear cases like uncontested divorce, paternity, modification of custody, children in need of supervision, children in need of assistance, and delinquency. Although magistrates are experts in the field of family law, they have limited power. They are not able to issue final court orders and can only propose recommendations.

Who is a Judge

A judge is a judicial officer who deals with the legal proceedings of the court. He considers and hears several cases and makes decisions. Sometimes, judges make individual decisions; other times, they make decisions as a panel. Judges have full authority to hear and decide matters and cases relating to the law. In fact, they can make decisions on severe and complex issues. In such cases, they use their knowledge of the law and their ability to make personal decisions. 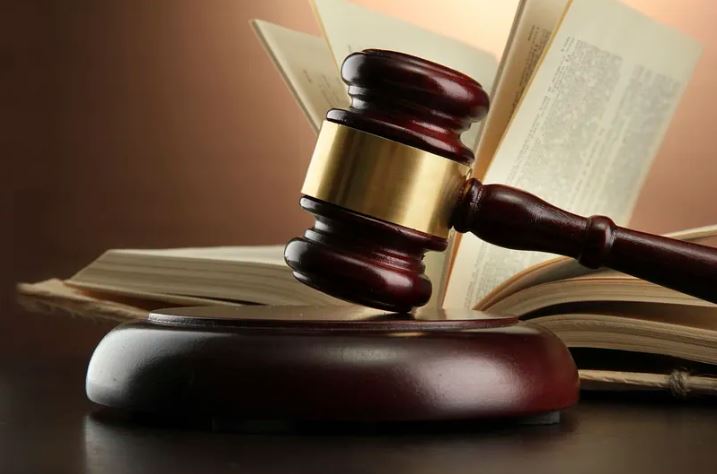 The President appoints the judges for the Supreme Court. Meanwhile, in some countries, the President in consultation with the Chief Justice appoints the high court judges. In many other countries, the president nominates the district judges and the Senate confirms the appointments. The ways of appointing judges are different from one country to another according to the legislation of the country. Judges also have the power and right to pass a sentence of death or life imprisonment. Moreover, decisions the supreme court judge makes are final, and even appeals cannot be made upon this judgment.

Similarities Between Magistrate and Judge

Difference Between Magistrate and Judge

Although a judge can hear and make decisions on serious and complex matters, a magistrate can only hear cases and conclude the main issues of a case and submit the approval to the judges.

Although magistrates mainly work in family law, judges have the right to pass a sentence of death or life imprisonment for severe criminal cases.

Most of the time, magistrates are appointed by judges or a committee, while judges are proposed and appointed by the president.

The main difference between magistrate and judge is that judges have more legal power and authority than magistrates. Although magistrates mainly work in family law, judges work on complex and serious cases and even have the right to pass a sentence of death or life imprisonment.