The main difference between mint and peppermint is that peppermint has the strongest flavour when compared to other members of the mint family. 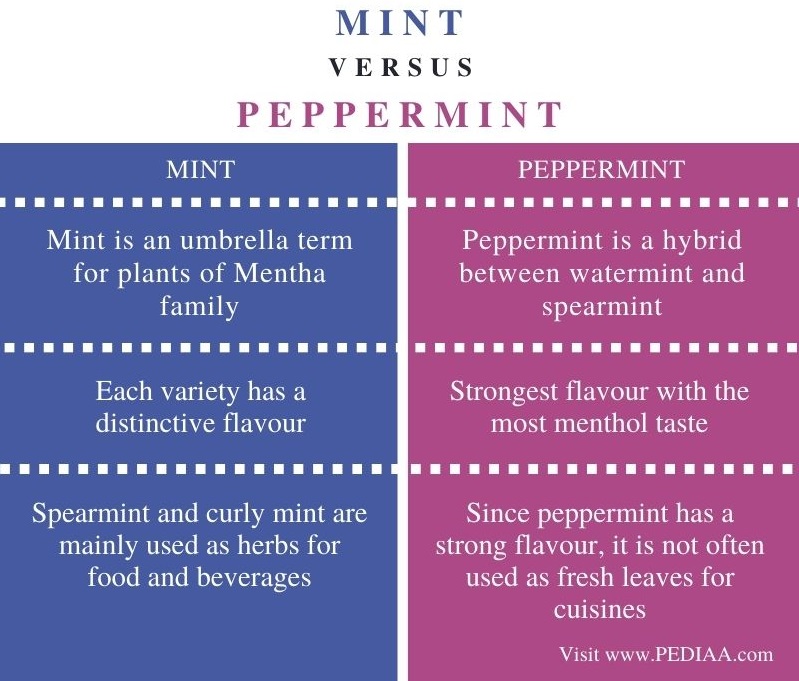 The name “mint” is an umbrella term for plants of Mentha family. It includes plants like peppermint, spearmint, orange mint, apple mint, chocolate mint, etc. Each of these varieties has a distinctive flavour; for example, orange mint has a citrus flavour while apple mint has an apple flavour. Peppermint and spearmint are the most popular varieties of this family. 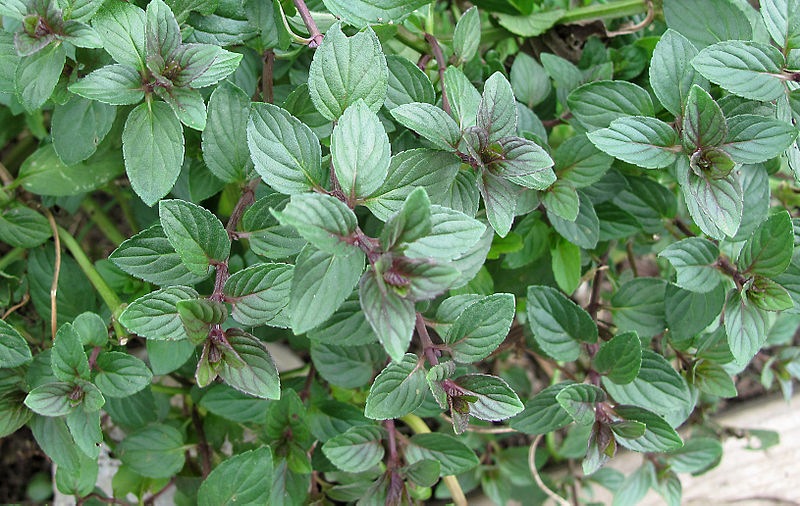 Mint has a sweet taste and produces a lingering cool effect on the tongue. Peppermint has the strongest flavour with more menthol taste. When compared to dried mint leaves, fresh leaves have more flavour and scent.

Mint is a perennial and wide-spreading herb. It is also an aromatic herb. Mint is a favourite plant of gardeners since it’s very easy to grow. When you plant it in good soil, it grows wildly and can overtake other plants. This plant has a variety of uses, including culinary and medicinal uses.

Peppermint is one of the plant varieties of the mint herb family. It is a hybrid between watermint and spearmint. This plant is native to the Middle East and Europe, but now it is widely cultivated in many areas of the world.

Peppermint has a unique flavour and aroma and used for many products and preparations – for example, peppermint tea, peppermint ice cream, peppermint oil, peppermint tablets. They are also used in the cosmetic industry. In addition, peppermint has several health benefits; it is a good remedy for sore throats and colds. It also has anti-microbial, anti-septic and anti-inflammatory properties, and can act as a mild sedative and natural pain killer. 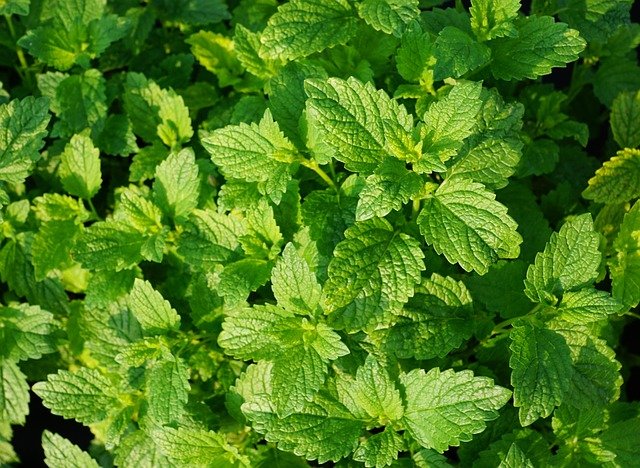 Peppermint has the strongest mint flavour in all mint herbs. It also has a higher concentration of menthol, which produces the cooling sensation in your mouth. Peppermint plant has dark green leaves, smooth stem, fibrous roots, and purple-coloured flowers.

Similarities Between Mint and Peppermint

Difference Between Mint and Peppermint

Mint is an umbrella term for plants of Mentha family while peppermint is a hybrid between watermint and spearmint.

Among different varieties of the mint family, peppermint has the strongest flavour with the most menthol taste.

Spearmint and curly mint are mainly used as herbs for food and beverages. Since peppermint has a strong flavour, it is not often used as fresh leaves for cuisines. It is often processed into peppermint oil and then used as a flavouring.

The main difference between mint and peppermint is that peppermint has the strongest flavour when compared to other members of the mint family. Since peppermint has a strong flavour, it is not often used as fresh herbs for cuisines. It is often processed into peppermint oil and used as a flavouring.