Home » Science » Biology » What is the Difference Between Mucin and Mucus

The main difference between mucin and mucus is that mucin is a glycoprotein that serves as the major component of mucus whereas mucus is the slimy material that coats epithelial cells and consists of anti-microbial peptides.

Mucin and mucus are two types of materials that occur on the surface of epithelial cells. Although mucin is a glycoprotein, mucus consists of inorganic salts, antimicrobial enzymes, immunoglobulins, and other glycoproteins. Moreover, mucin is a lubricant for cell signaling while mucus provides protection against pathogens. Mucin serves also as a protective barrier to pathogens. Not only animals, but plants too produce mucin for protective functions. However, mucin is the main glycoprotein that occurs in mucus. In addition, mucin undergoes mineralization and forms bones. Mucin is a family of highly glycosylated proteins that has a high molecular weight. Most animals produce mucin in their epithelial tissue. The key characteristic of mucin is the ability to form gels. Significantly, the main function of mucin is to form lubrication for cell signaling and form chemical barriers. On the other hand, some mucins undergo mineralization, forming nacre in mollusks, calcification in echinoderms, and bone formation in vertebrates. In addition, some mucins bind to the pathogen as a part of the immune system. However, overexpression of some mucins is associated with cancer. Moreover, due to the presence of a hydrophobic membrane-spanning domain, some mucins occur bound to the membrane and retained in the plasma membrane. Other than that, most mucins are secreted by mucus membranes as a part of the mucus. Besides, mucin is also a part of saliva. 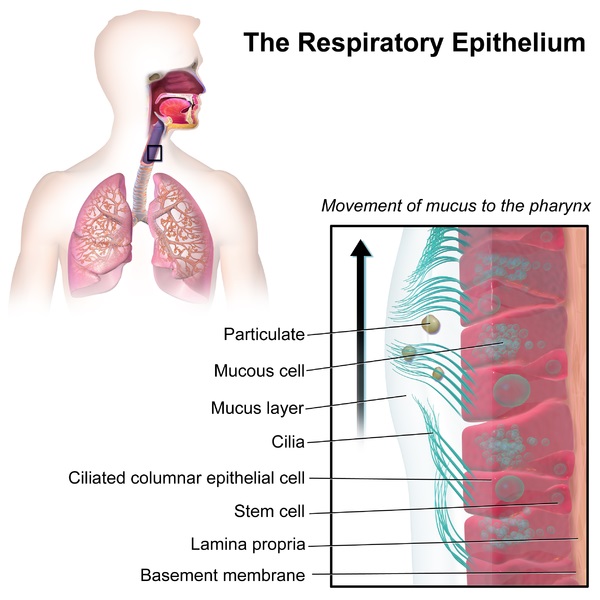 Moreover, amphibians, snails, and slugs produce external mucus from their epidermis in order to protect against pathogens. Fish also produce mucus to line their gills, helping the movement. Apart from that, mucilage is the type of mucus in plants.

Similarities Between Mucin and Mucus

Difference Between Mucin and Mucus

Mucin refers to a glycoprotein constituent of mucus while mucus refers to a slimy substance, typically not miscible with water, secreted by the mucous membranes and glands of animals for lubrication, protection, etc.

Mucin is a glycoprotein while mucus consists of mucin, inorganic salts, antimicrobial enzymes, and immunoglobulins.

Furthermore, mucin is a lubricant for cell signaling while mucus is important in lubrication and protection.

In brief, mucin and mucus are two slippery secretions produced in the mucous membranes. Mucin is a glycoprotein while mucus consists mainly of mucin, a glycoprotein, inorganic salts, antimicrobial enzymes, and immunoglobulins. The main function of mucin is to lubricate cell signaling, whereas the main function of mucus is to lubricate and protect against pathogens. Therefore, the main difference between mucin and mucus is their structure and function.