Home » Business » What is the Difference Between NGO and NPO

In brief, both NGO and NPO are organizations that work for the betterment of different communities. However, NGOs are not connected to any government body, while NPOs are included in the Companies Act. There exists a distinct difference between NGO and NPO, especially regarding the purpose of establishing the two types of organizations and the rules and regulations attached to them. 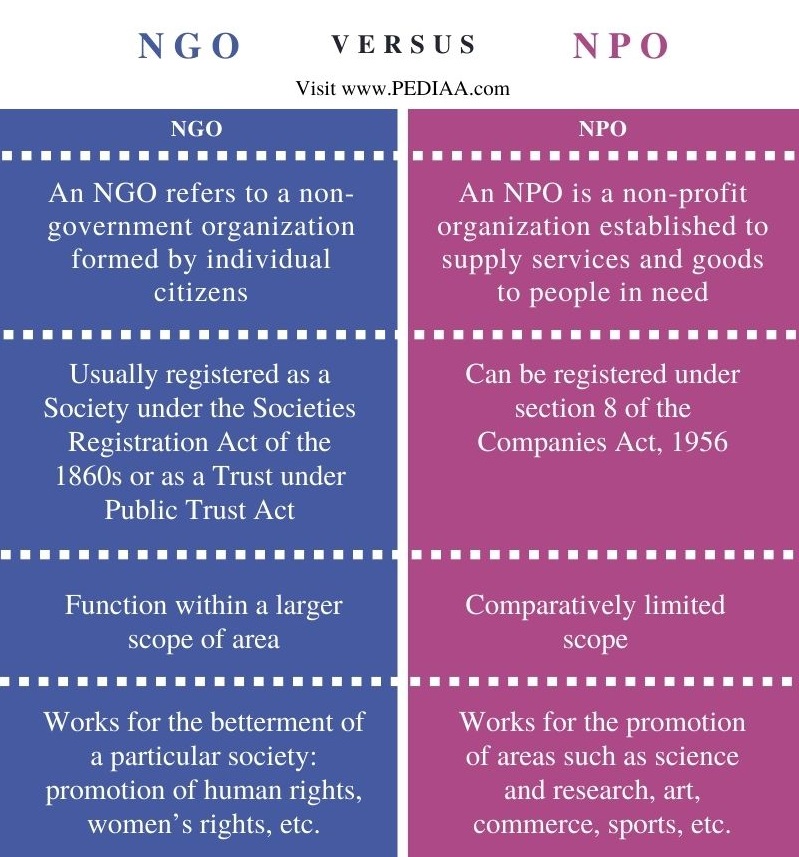 NGO is an abbreviation referring to Non-Government Organization. An NGO usually functions completely autonomous from government bodies. This is mainly for the purpose of rendering a broad spectrum of services and humanitarian functions.

Similar to NPO, an NGO is also usually a non-profit making association. NGOs can operate at regional, national, or international levels based on their reachability and connections. In order to work for the common good, NGO organizations raise funds from foundations, businesses, and private associates. 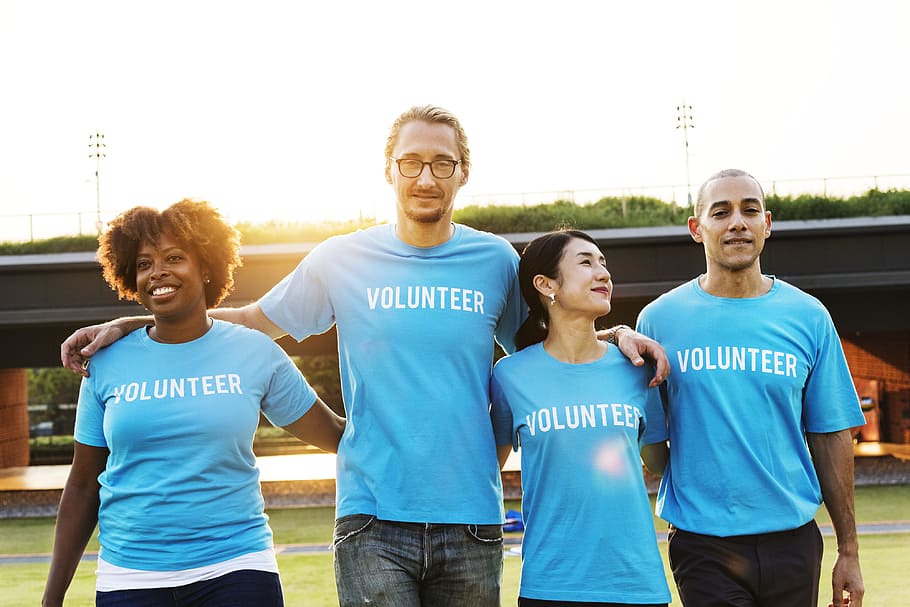 Moreover, the functions performed by NGOs vary from advocating public policies to enhancing political participation by providing awareness and drawing the attention of the government bodies to the hardships of its citizens. Furthermore, there are NGOs that actively function at the international level to support the protection of women’s and children’s rights, human rights, and issues regarding the environment or world health. The International Committee of The Red Cross, Amnesty International, Mercy Corps, and Doctors Without Borders are some examples of NGOs.

NPO is a non-profit organization established by a group of individuals to work for the socio-cultural, religious, and professional enhancement of a community. The members, or the trustees, of the NPO raises its initial funds. As the organization is a non-profit making association, the surplus funds usually go to promoting and enhancing the objectives of the organization. Since NPOs have registration under section 8 of the Companies Act, NPOs have privileges like tax exemption. 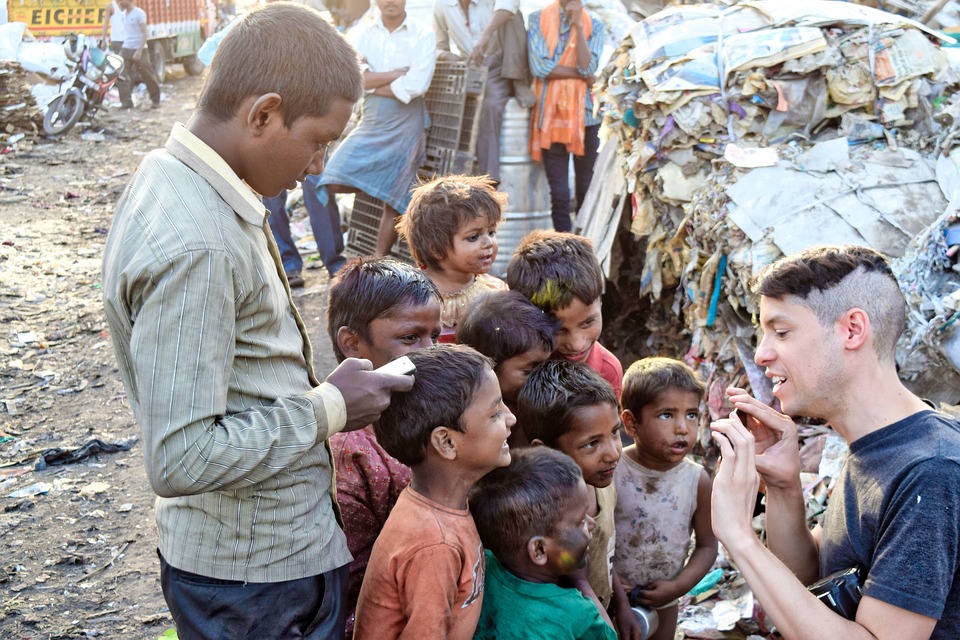 Similarities Between NGO and NPO

Difference between NGO and NPO

An NGO refers to a non-government organization formed by individual citizens, while an NPO is a non-profit organization established to supply services and goods to people in need.

Moreover, NGO is usually registered as a Society under the Societies Registration Act of the 1860s or as a Trust under Public Trust Act. On the other hand, NPO can be registered under section 8 of the Companies Act, 1956.

NGOs function within a comparatively larger scope of area in comparison to an NGO.

NGO works for the betterment of a particular society:  promotion of human rights, women’s rights, etc., whereas NPOs work for the promotion of areas such as science and research, art, commerce, sports, etc.

The main difference between NGO and NPO is that NGO is a non-governmental organization whereas NPO is a non-profit organization. An NGO significantly works for promoting cooperative or humanitarian objectives, whereas NPOs uses their funds to uplift areas such as education, art, science, sports etc., which require further development.