Home » Science » Biology » What is the Difference Between Norovirus and Rotavirus

In brief, norovirus and rotavirus are two types of enteric viruses, which cause viral gastroenteritis, a form of stomach flu or diarrhea illness caused by viruses. Generally, gastroenteritis is a type of irritation of the stomach or intestine, resulting in severe diarrhea, vomiting, and stomach pain.

Norovirus (NoV) is a type of enteric virus, which serves as the most common cause of gastroenteritis in adults. Generally, the genome of this virus is a single-stranded, positive-sense RNA. Also, it is a non-enveloped virus belonging to the family Caliciviridae. However, the genus of Norovirus only consists of a single virus species, which is the Norwalk virus. 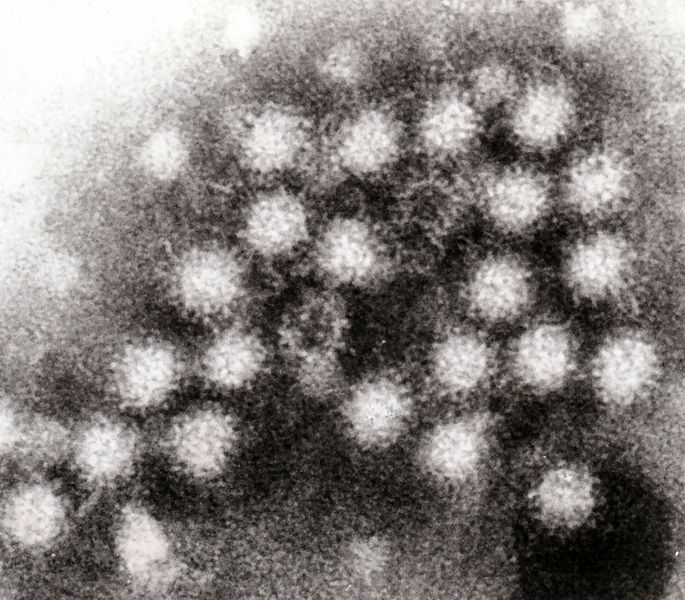 Furthermore, norovirus causes diarrhea illness in adults. Also, the main symptoms of norovirus infection include diarrhea, vomiting, and stomach pain. Hence, norovirus is also known as the winter vomiting bug. However, the symptoms may develop after 12 to 48 hours after the infection. But, recovery can occur within one or two days. The complications may include dehydration.

Rotavirus (RV) is another type of enteric virus, which serves as the most common cause of diarrhoeal disease among infants and young children. But, in contrast to norovirus, it contains a double-stranded DNA virus. Also, it belongs to the family Reoviridae. 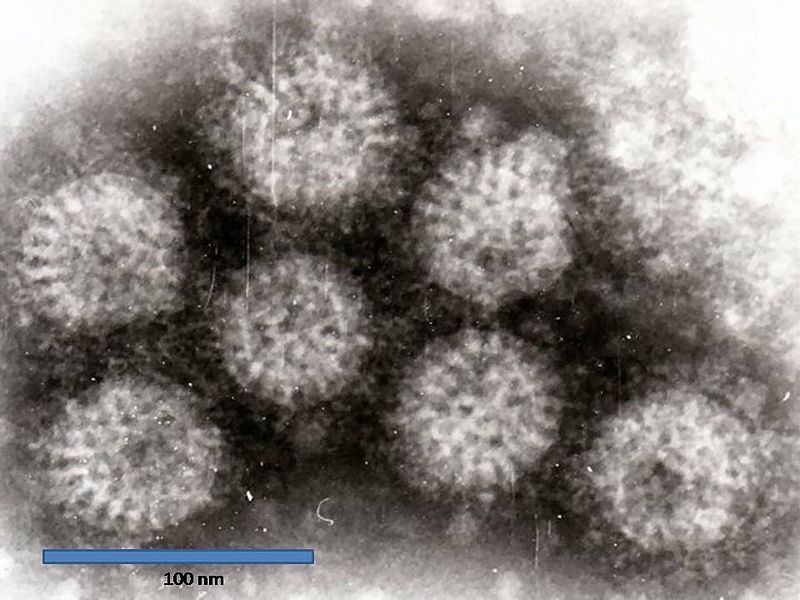 Moreover, rotavirus transmits through the fecal-oral route. Also, it damages the lining of the small intestine, causing gastroenteritis. Generally, this is the reason for approximately one-third of hospitalizations for severe diarrhea in infants and children. However, public health campaigns provide rotavirus vaccination through oral rehydration therapy for infected children. And, children develop immunity following the first infection and hence, the subsequent infections can be less severe.

Similarities Between Norovirus and Rotavirus

Difference Between Norovirus and Rotavirus

Norovirus is a round-shaped virus, but rotavirus has a wheel-like shape.

Norovirus is a single-stranded, positive-sense RNA virus, but rotavirus is a double-stranded DNA virus.

The degree of fever and the intensity of diarrhea are comparatively low in norovirus, but are high in rotavirus, and can be observed along with repeated vomiting.

Norovirus is comparatively less severe, but severe dehydration caused by rotavirus can be life-threatening in children.

Norovirus can be prevented primarily through emphasizing good personal hygiene and infection control practices. Meanwhile, there are effective vaccines to prevent rotavirus infection.

Norovirus infections can occur repeatedly, but in contrast, children who had rotavirus infection develop life long immunity against it.

Norovirus is an enteric virus, which causes diarrhea illness; especially, in adults. Therefore, it is less severe and its symptoms last for comparatively a short period of time. Also, good personal hygiene is the main method of prevention of the disease. In contrast, rotavirus is another form of enteric virus, which causes diarrhea illness in children. However, it produces more severe symptoms and hence, it can be a life-threatening type of illness. Also, its symptoms last for comparatively a long period of time. On that account, the main difference between norovirus and rotavirus is the most affected age and the method of prevention.