The main difference between Oryx and gemsbok is that Oryx is the genus containing the four large antelopes while gemsbok is Oryx gazella, the largest antelope.

In brief, oryx and gemsbok are two large antelopes. Moreover, Oryx leucoryx, Oryx dammah, Oryx beisa, and Oryx gazella (gemsbok) are the four largest antelopes in the same genus Oryx. Usually, the pelage of Oryx is pale with contrasting dark markings on the face and on the legs, and their long horns are almost straight. 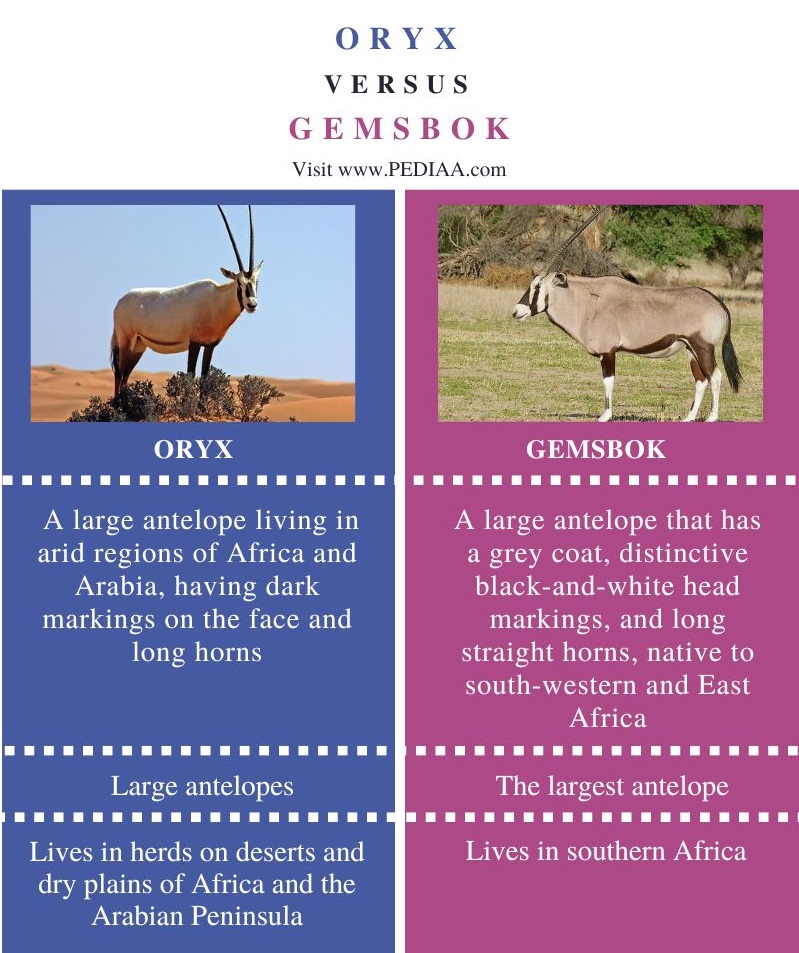 Oryx is the genus of the large antelopes in the Bovidae family. They live in herds on deserts and dry plains of Africa and the Arabian Peninsula. Physically, Oryx is powerfully built and deep-chested with short necks, blunt muzzles, and long limbs. However, the females of Oryx are less muscular. Moreover, the largest is gemsbok (Oryx gazella). Most significantly, Oryx has a pale pelage with contrasting dark markings on the face and on the legs, and their long horns are almost straight. 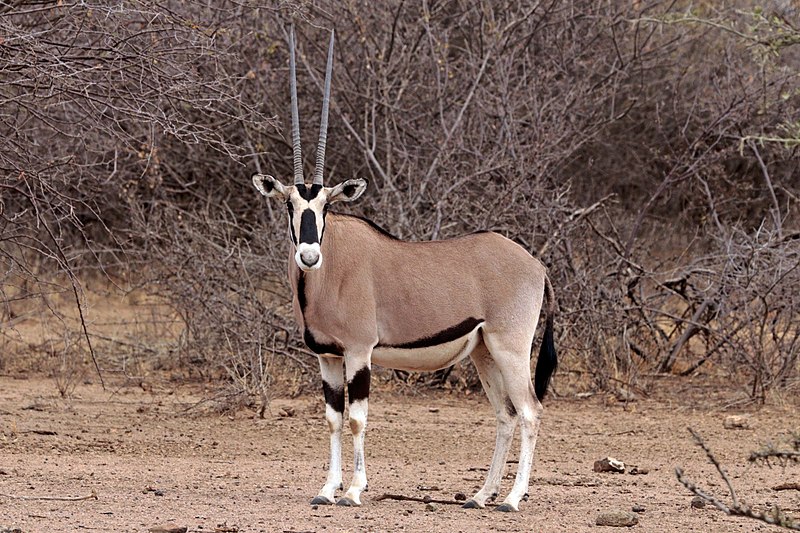 Furthermore, Oryx leucoryx, Oryx dammah, Oryx beisa, and Oryx gazella are the four species of Oryx. Out of these, Oryx leucoryx or Arabian oryx is extinct in the wild. It is the smallest Oryx, standing up to 102 cm. Meanwhile, the Arabian oryx has faint dark markings to offset its whitish coat. Oryx dammah or scimitar-horned oryx, on the other hand, is 120 cm tall. It is mostly white except for the reddish-brown neck and chest. Whereas Oryx beisa or East African oryx inhabits eastern Africa, and the common beisa oryx (O. b. beisa) and the fringe-eared oryx (O. b. callotis) are the two species of East African oryx. Moreover, Gemsbok or Oryx gazella inhabits Southern Africa.

Gemsbok is the Southern African oryx. It is the largest Oryx, standing up to 138 cm. It also weighs up to 238 kg. In addition, it has a gray-brown coloration with contrasting black and white body and facial markings. In gemsbok, the tails are long and black in color. However, its blackish stripe extends from the chin down the lower edge of the neck, through the juncture of the shoulder and leg, along the lower flank of each side to the blackish section of the rear leg. 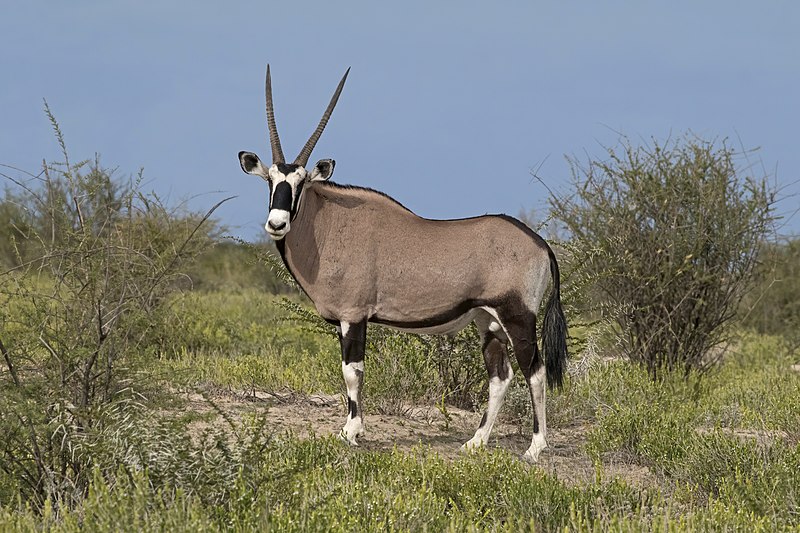 Moreover, gemsbok has muscular necks and shoulders, and its legs have white ‘socks’ with a black patch on the front of both front legs, and both sexes have long straight horns. Comparably, the East African oryx lacks a dark patch at the base of the tail, has less black on the legs (none on the hindlegs), and is less black on the lower flanks. Moreover, one very rare color morph is the “golden oryx”, in which the gemsbok’s black markings are muted and appear to be golden.

Similarities Between Oryx and Gemsbok

Difference Between Oryx and Gemsbok

Oryx are large antelopes while gemsbok is the largest.

Oryx lives in herds on deserts and dry plains of Africa and the Arabian Peninsula while gemsbok lives in southern Africa.

In brief, Oryx is large antelope. Normally, there are four species of oryx: Arabian oryx, scimitar-horned oryx, Eastern oryx, and South African oryx. Gemsbok, or south African oryx is the largest antelope. Therefore, the main difference between Oryx and gemsbok is their body size.