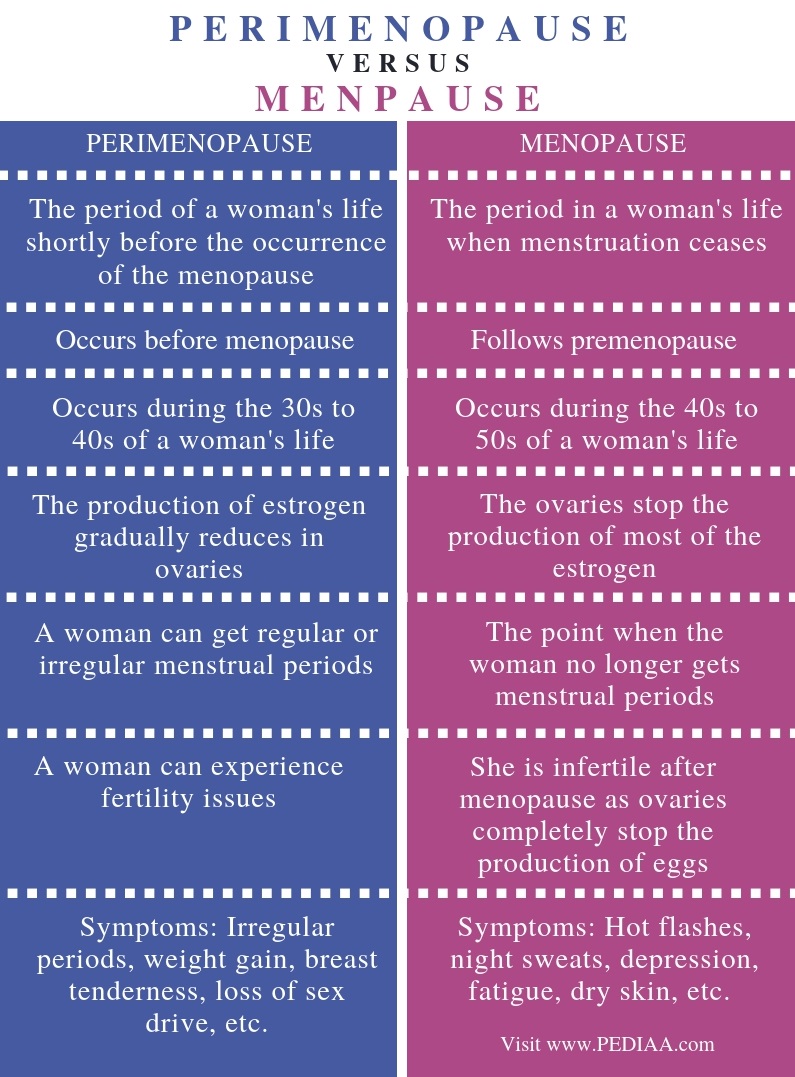 Perimenopause or ‘around menopause’ is the initial stage of natural menopause. It is also known as the menopause transitional stage. During this period, the menstrual periods of a woman may be either regular or irregular, but menstrual irregularities begin during this period due to the changes in the hormone levels, which eventually leads to menopause. That means; during perimenopause, the ovaries reduce the production of estrogen drastically, which leads to the number of symptoms associated with the stage. These symptoms include the irregular periods that are heavier or lighter than normal, breast tenderness, weight gain, hair changes, increase in heartbeat, headaches, concentration difficulties, muscle aches, loss of sex drive, fertility issues, urinary tract infections, etc. 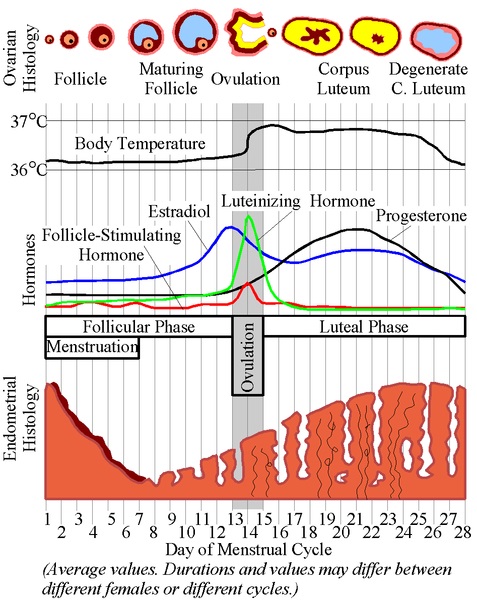 Furthermore, the stage before the menopause is sometimes referred to the premenopause, when it is not associated with these symptoms. However, during the final stage of perimenopause, a sharp decrease in the production of estrogen occurs. Nevertheless, a woman can get pregnant during this stage and this period may last for a few months to four years.

Menopause is the point at which a woman’s menstrual periods completely stop. The termination of the release of eggs by ovaries is the main characteristic feature of menopause, which in turn leads to the termination of menstruation. Also, the amount of estrogen produced by ovaries is reduced drastically. However, natural menopause, which occurs at the age of 45 to 55, is considered as a normal part of aging. 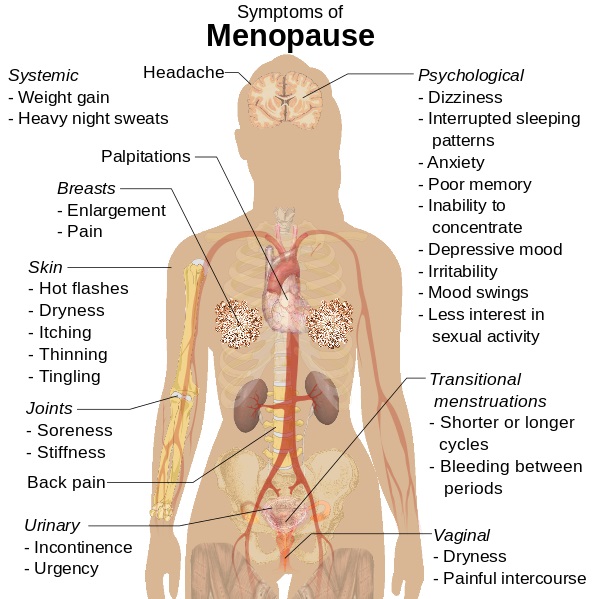 Furthermore, the process of menopause can be divided into three stages as perimenopause, menopause, and postmenopause. Perimenopause is the menopause transition stage while menopause is the situation when menstrual periods have stopped. Meanwhile, postmenopause refers to the years after menopause. Generally, women in postmenopause are at increased risk of health issues including osteoporosis and heart disease. However, some of the common symptoms associated with menopause are hot flashes, night sweats, depression, anxiety, mood swings, insomnia, fatigue, dry skin, frequent urination, vaginal dryness, etc.

Similarities Between Perimenopause and Menopause

Difference Between Perimenopause and Menopause

A woman can experience fertility issues during perimenopause while she is infertile after menopause as ovaries completely stop the production of eggs. Hence, this is an important difference between perimenopause and menopause.