Polychaetes and oligochaetes are two subclasses of phylum Annelida. Generally, annelids are segmented worms that live in marine, aquatic, and terrestrial habitats. 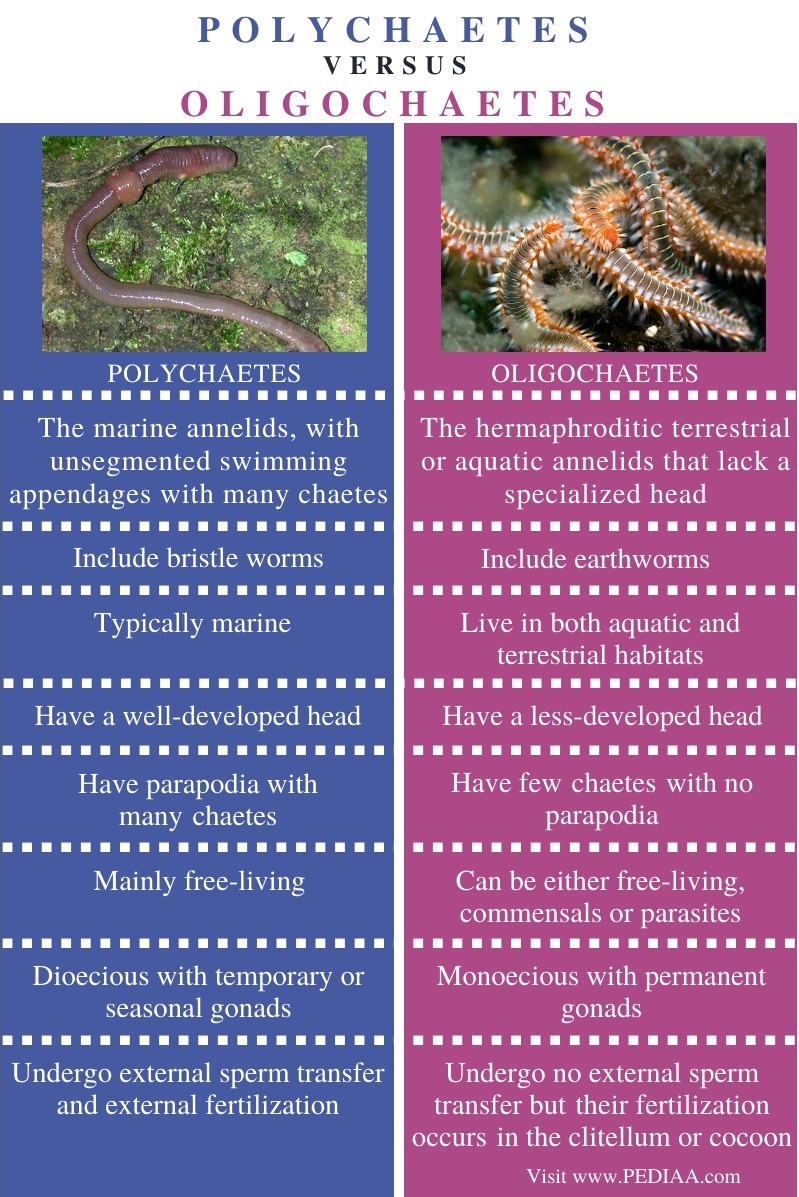 Polychaetes are a subclass of the phylum Annelida that composes bristle worms. Importantly, the main characteristic feature of polychaetes is the presence of many bristles in parapodia. That is; each parapodium contains many bristles or chaetes made up of chitin. The parapodia are fleshy protrusions, which arise in pairs per each body segment. Some common examples of polychaetes include the lugworm (Arenicola marina) and the sandworm or clam worm Alitta. 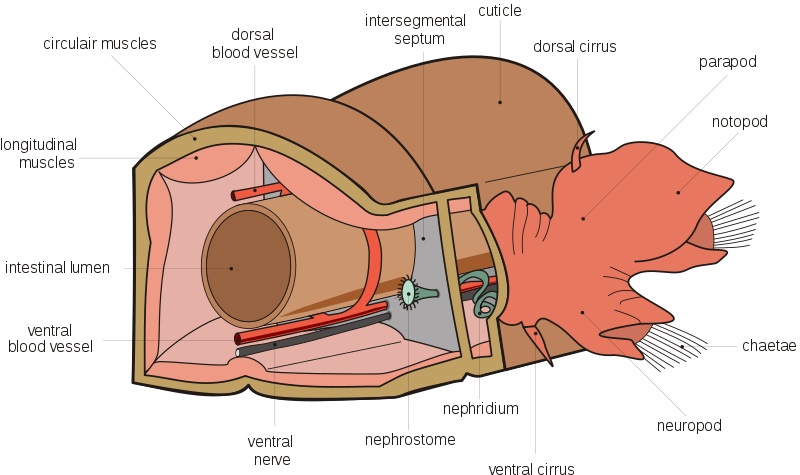 Further, the other characteristic feature of bristle worms is their habitat. Typically, they are marine. Of them, 2% of polychaetes live in freshwater. Also, they can tolerate both the coldest and highest temperatures of the ocean. Besides, bristle worms can grow up to 10 cm in length. Especially, the well-developed head of polychaetes projects forward over the mouth. Also, it contains two or five pairs of eyes, a pair of antennae, tentacle-like palps, and a pair of pits lined with cilia. In addition to these, they can be either brightly-colored, iridescent or luminescent. Regularly, most of the polychaetes crawl along the bottom of the sea while few of them are burrowing, swimming, pelagic life, tube-dwelling or boring.

Oligochaetes are another subclass of the phylum Annelida that compose earthworms. In comparison to polychaetes, oligochaetes have few bristles on their outer surface of the body with no parapodia. Generally, earthworms are either aquatic or terrestrial, and the terrestrial earthworms burrow into the soil. Besides, they can be either free-living, commensals or parasites. Typically, the largest species of earthworms such as the giant Gippsland earthworm (Megascolides australis) and the Mekong worm (Amynthas mekongianus) can grow up to 2 to 3 meters. 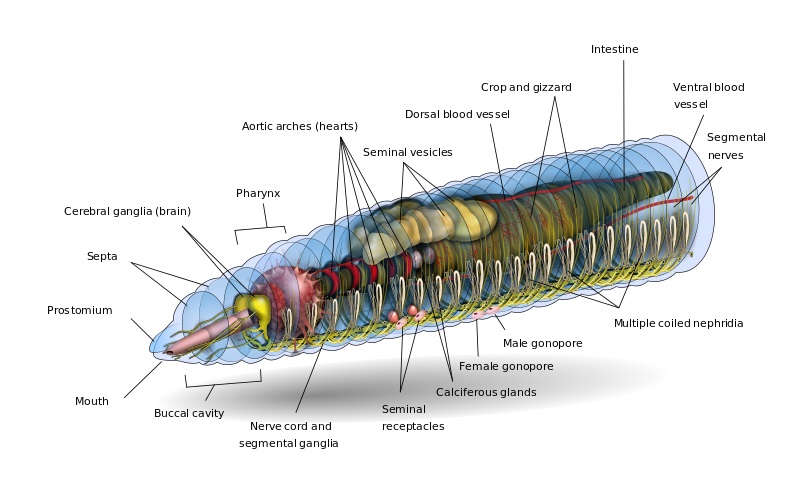 Moreover, the first segment of earthworms is prostomium. It is a smooth lobe with sensory organs and extended tentacles. The rest of the segments only contain bristles but no appendages. Generally, the bristles are longer in aquatic forms. Further, each body segment of an earthworm contains four bundles of chaetes with two on the underside. And, each bundle contains 1-25 chaetes. In contrast to polychaetes, oligochaetes are hermaphrodites. Also, as they mainly live in terrestrial habitats, they lack the external transfer of sperms, and their fertilization occurs in the clitellum or cocoon.

Similarities Between Polychaetes and Oligochaetes

Difference Between Polychaetes and Oligochaetes

Polychaetes are typically marine, while oligochaetes live in both aquatic and terrestrial habitats.

Polychaetes are a subclass of annelids, having many bristles arranged in parapodia. They include bristle worms that are dioecious with temporary and seasonal gonads. Typically, polychaetes exclusively live in marine habitats. Meanwhile, oligochaetes are another subclass of annelids, having few bristles but no parapodia. They live in both terrestrial and aquatic habitats. In contrast to polychaetes, oligochaetes are earthworms that are monoecious with permanent gonads. Therefore, the main difference between polychaetes and oligochaetes is the presence of bristles and parapodia and the type of reproduction.