The main difference between possum and raccoon is that the possum is a tree-dwelling Australasian marsupial that typically has a prehensile tail while raccoon is a greyish-brown American mammal that has a foxtail face with a black mask and a ringed tail.

Possum and raccoon are two types of urbanized mammals. Generally, they are furry pests adapted to various habitats due to their adaptability to find new food sources. 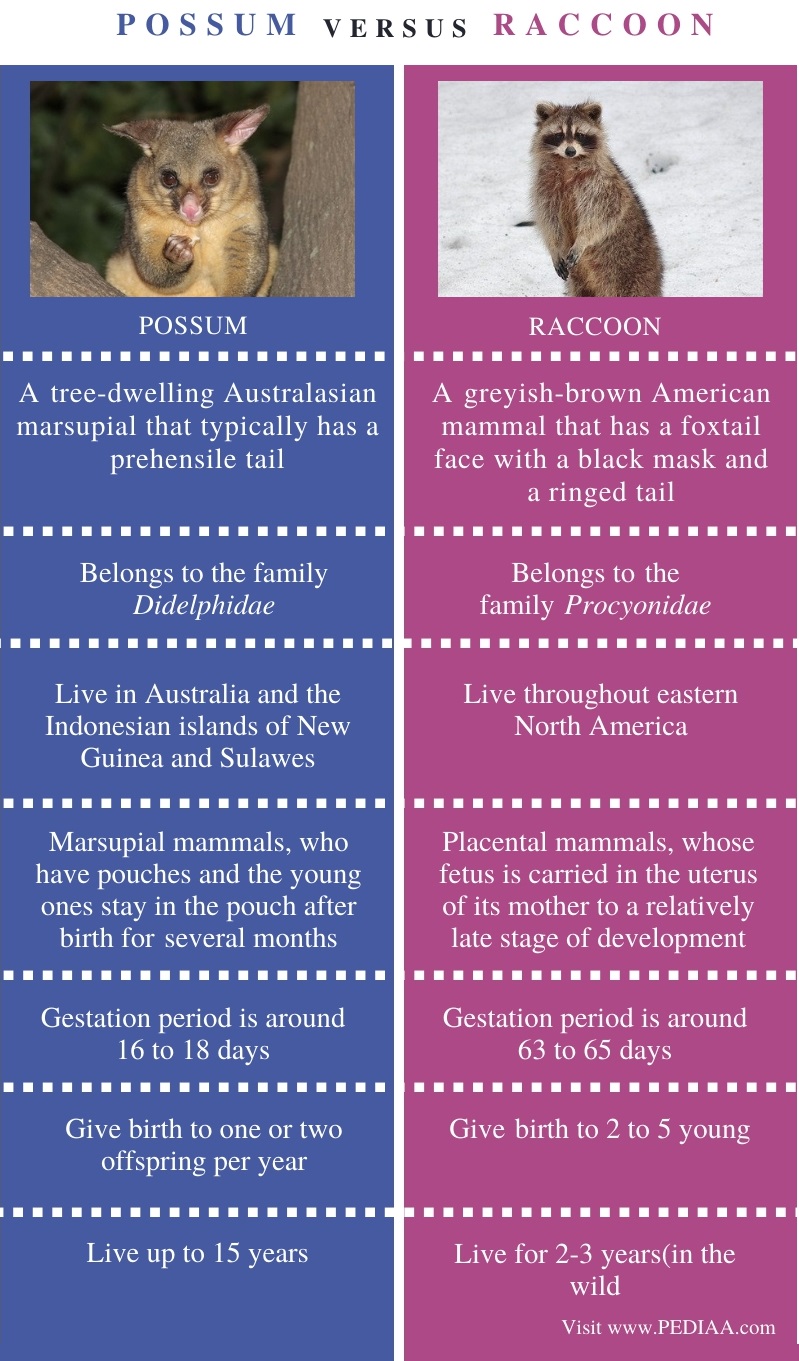 Possum (Phalangeriforme) is an Australian marsupial with four primary colour variations: silver-grey, brown, black or gold. The name ‘possum’ was given due to its resemblance to the North American opossum. Possum belongs to the family Phalangeridae. 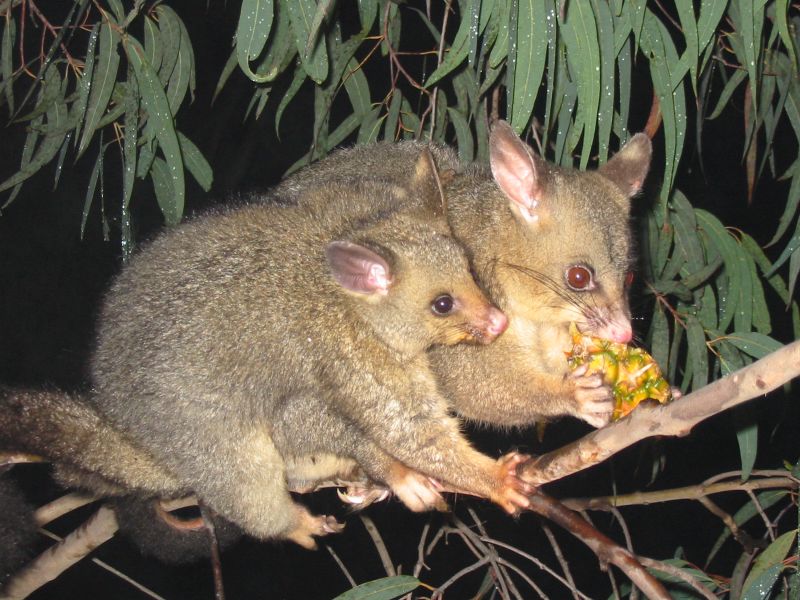 Brushtail possums are the commonest type of marsupials in Australia and the most well-known type of possums. They are the size of a cat. They have a long, thick tail with a prehensile tip. Their ears are large and pointed, fur is grey and the bushy tail is black. Moreover, they are solitary, nocturnal creatures, who are adapted to living near humans. Another variety of possum is common ringtail possum. They are also much smaller than Brushtail possums and have curled tail with a white tip.

Raccoon (Procyon lotor) or the common raccoon is a medium-sized mammal native to North America. Although the common habitats of a raccoon include deciduous and mixed forests, they range to mountainous areas, coastal marshes, and urban areas due to their adaptability. Raccoons generally have brown and black fur, but cinnamon-coloured coons have also been spotted in South Florida. In addition, raccoons have black fur around their eyes, sharply surrounded by the contrasting white colour of the face. Raccoons also have alternating light and dark rings on the tail. 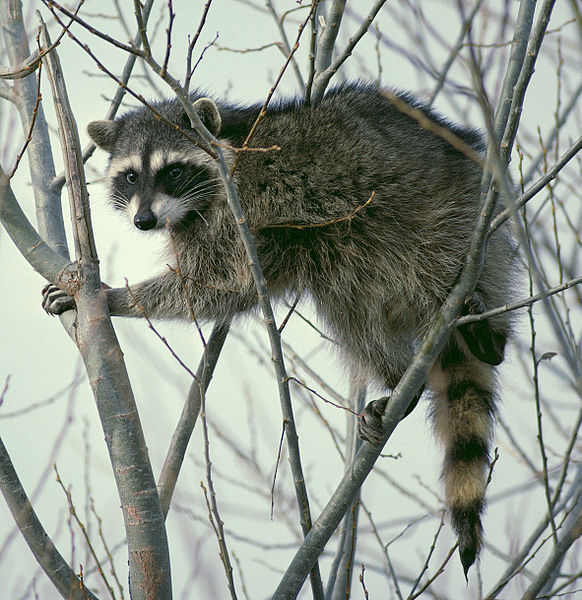 Furthermore, raccoons do not engage in sex-specific social behaviour. But, their females share a common area while males live together in groups of up to four animals. Also, they breed from February to March, giving birth to 1 to 7 kits in early summer. Hence, their gestation period is around 65 days. Moreover, raccoons are recognizable for their intelligence, being able to remember the solution to tasks for at least three years.

Similarities Between Possum and Raccoon

Difference Between Possum and Raccoon

Possum is a tree-dwelling Australasian marsupial that typically has a prehensile tail while raccoon is a greyish-brown American mammal that has a foxtail face with a black mask and a ringed tail.

Moreover, possums live in Australia and the Indonesian islands of New Guinea and Sulawes while raccoons live throughout eastern North America.

Possums are marsupial mammals, who have pouches and the young ones several months in the pouch after birth, while raccoons are placental mammals, whose fetus is carried in the uterus of its mother to a relatively late stage of development.

Possums live up to 15 years while raccoons live for 2-3 years(in the wild).

Both possum and raccoon are nocturnal, omnivorous mammals. Possum is a tree-dwelling Australasian marsupial that typically has a prehensile tail while raccoon is a greyish-brown American mammal that has a foxtail face with a black mask and a ringed tail. Thus, there is a difference between possum and raccoon is terms of their origin, physical features, and reproduction.