The main difference between salon and saloon is that salon is a place where people have beauty treatments, while saloon is a place that sells alcoholic beverages.

In some parts of the world, the two words salon and saloon are pronounced the same and are used interchangeably. We can observe this practice mostly in regions like Africa and Asia where English is not the people’s first language. However, there is a distinct difference between salon and saloon. 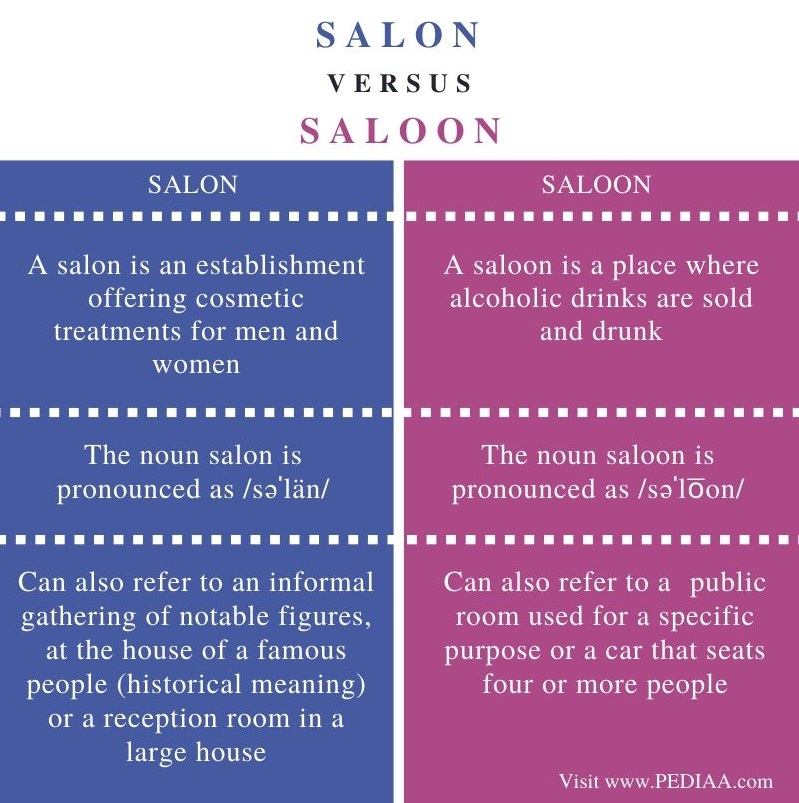 What is a Salon

A salon is an establishment offering cosmetic treatments for men and women. Salon is also called beauty parlour or beauty salon. Beauty salons offer many treatments including, hair treatments, skin treatments, facial aesthetics, aromatherapy, foot care and nail manicures. Sometimes there are specialized salons dealing with specialized treatments such as hair salons and nail salons. Some main treatments offered at a full-service salon include haircuts, hair colouring, hair styling (straightening, perm, etc.), hair removal (waxing, threading, etc.), massages, facials, cleanups, manicures, and pedicures, hydrotherapy, and micro-pigmentation. Salons usually take in both men and women as customers. However, some countries have the concept of unisex salons, which are salons that only take in either men or women. 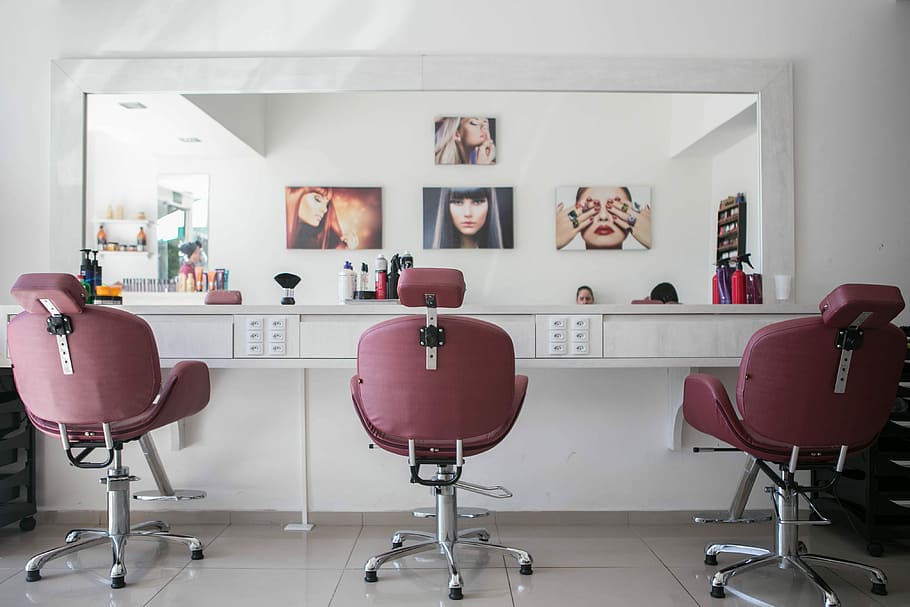 Furthermore, the term salon originally referred to the informal meeting of notable writers, artists, or statements, held at the house of someone who is well-known. Salon can also refer to a reception room in a large house. In fact, the word salon originates from the French word salon, which refers to a large hall.

What is a Saloon

The word saloon has many meanings in the English language. In the US, saloon is a place where alcoholic drinks are sold and drunk. This is like a bar in the old West. However, in British English, saloon is a public room or building used for a specified purpose; for example, billiard saloon or dining saloon. 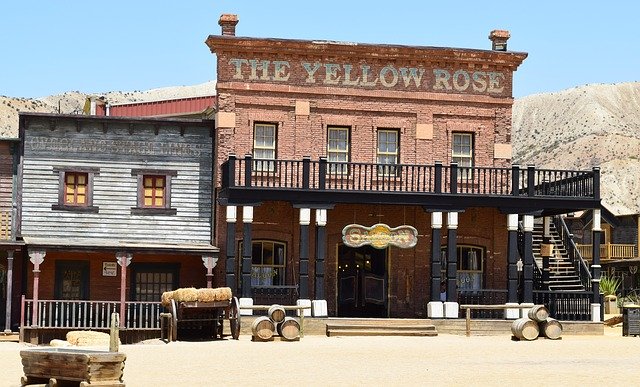 Moreover, in British English, saloon or saloon car also refers to a car with seats for four or more people; it has a fixed roof and a boot that is separated from the rear seats. In American English, this refers to a Sedan.

Similarities Between Salon and Saloon

Difference Between Salon and Saloon

A salon is an establishment offering cosmetic treatments for men and women while a saloon is a place where alcoholic drinks are sold and drunk.

Salon can also refer to an informal gathering of notable figures, at the house of a famous people (historical meaning) or a reception room in a large house. In contrast, saloon can also refer to a  public room used for a specific purpose or a car that seats four or more people.