The main difference between sausage and Frankfurter is that sausages can contain any type of meat and casing, whereas Frankfurters contain pork and a natural sheep casing.

Sausage is a meat product we make by mincing beef, pork, or other meats, together with various seasonings and other ingredients, and stuffing this mixture into an edible casing. There are different types and styles of sausages all over the world, and Frankfurter is a very common type of sausage. 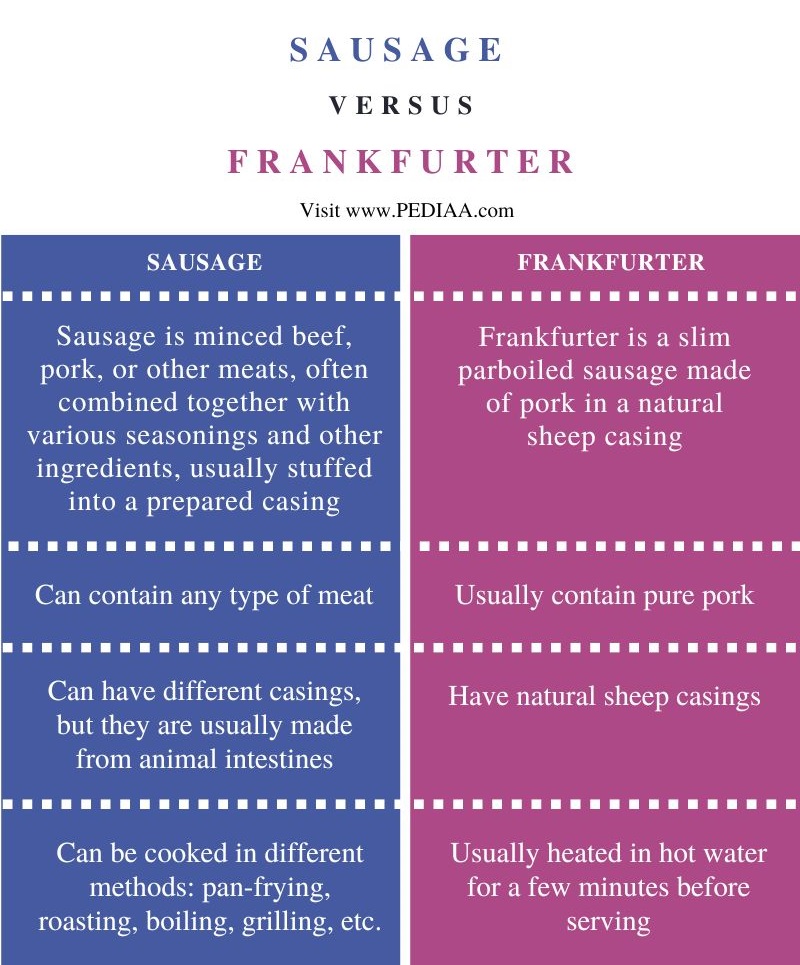 What is a Sausage

Sausage is a meat product containing ground meat, usually chicken, beef, or pork, along with spices, salt, and other flavorings. They usually have a cylindrical tube shape since this meat mixture is stuffed into edible casings, typically made of animal intestines. We can use any type of meat in sausages, including less traditional meats and even seafood. They also vary depending on the ingredients and flavorings inside them. In addition, there are many different styles of sausages, from fresh sausages to cured and spicy smoked ones. Moreover, we can use different cooking methods like pan-frying, roasting, boiling, and grilling to cook sausages. Sausages originated as a method to preserve meat. In fact, the word sausage comes from the Latin sal, which means salt. 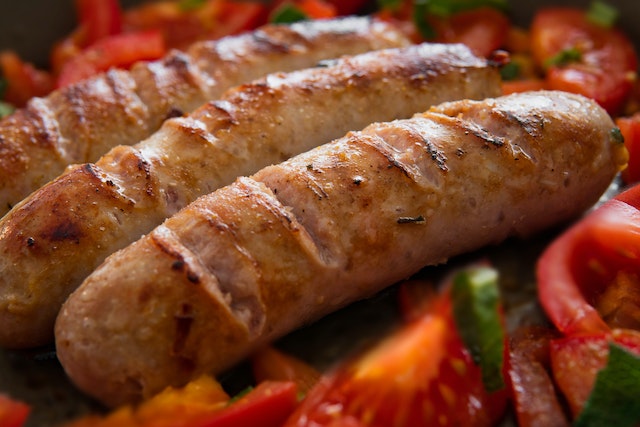 Furthermore, there are many different varieties of sausages in cuisines all over the world. French Merguez, popular German Frankfurters, Spanish and Mexican spicy chorizo, Korean blood sausage known as sundae, and Polish kiełbasa are some examples. Fresh sausage slices add a meaty flavor to pasta, soups, stews, casseroles, and omelets. Cooked sausages are also served in a bun with mustard or ketchup. Dried sausages or sausages with strong flavors make a good addition to cheese platters or rice dishes like fried rice.

What is a Frankfurter?

Frankfurter is a slim parboiled sausage made of pork in a natural sheep casing. It’s basically what Americans call wiener or Vienna sausage. The usual method of cooking is to heat them in hot water for a few minutes (to prevent the skin from bursting) before serving. Some people used to cook them on grills too. Besides, people also lightly smoke the Frankfurters to add a hint of smokiness to their taste. Traditionally, we serve Frankfurters with food like bread, potato salad, horseradish, and mustard. They are also a great accompaniment to apple wine. 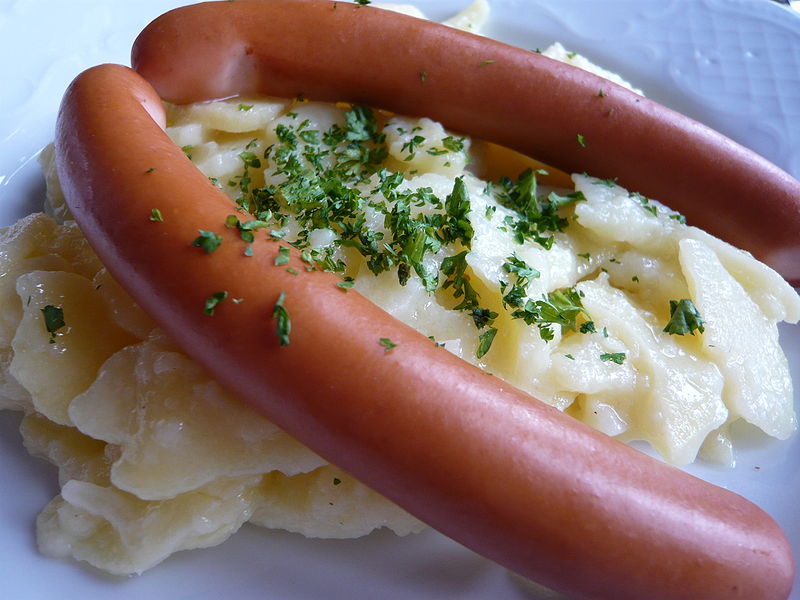 Frankfurter sausages originated in Vienna, Austria, about 215 years ago. Later German immigrants introduced this meat delicacy to the USA. There are also two versions of Frankfurters in Vienna: Sacherwürstel and Berner Würstel. Sacherwürstel is a more sophisticated version of Frankfurter. It is longer, thinner, and has better-quality ingredients. Berner Würstel is a frankfurter sliced in half (along its length), filled with cheese, wrapped in bacon slices, and then fried.

Difference Between Sausage and Frankfurter

Sausage is minced beef, pork, or other meats, often combined together with various seasonings and other ingredients, usually stuffed into a prepared casing. Frankfurter, on the other hand, is a slim parboiled sausage made of pork in a natural sheep casing.

Sausages can have different casings, but they are usually made from animal intestines, while Frankfurters have natural sheep casings.

We can cook sausages in different methods: pan-frying, roasting, boiling, grilling, etc. However, we usually heat Frankfurters in hot water for a few minutes before serving.

Sausage is a meat product we all love. Frankfurter is a type of sausage. The main difference between sausage and Frankfurter is that sausages can contain any type of meat and casing, whereas Frankfurters contain pork and a natural sheep casing.