The main difference between Shamo and Aseel chicken is that Shamo chickens are taller in height, less compact, and have smaller tails than Aseel chickens. 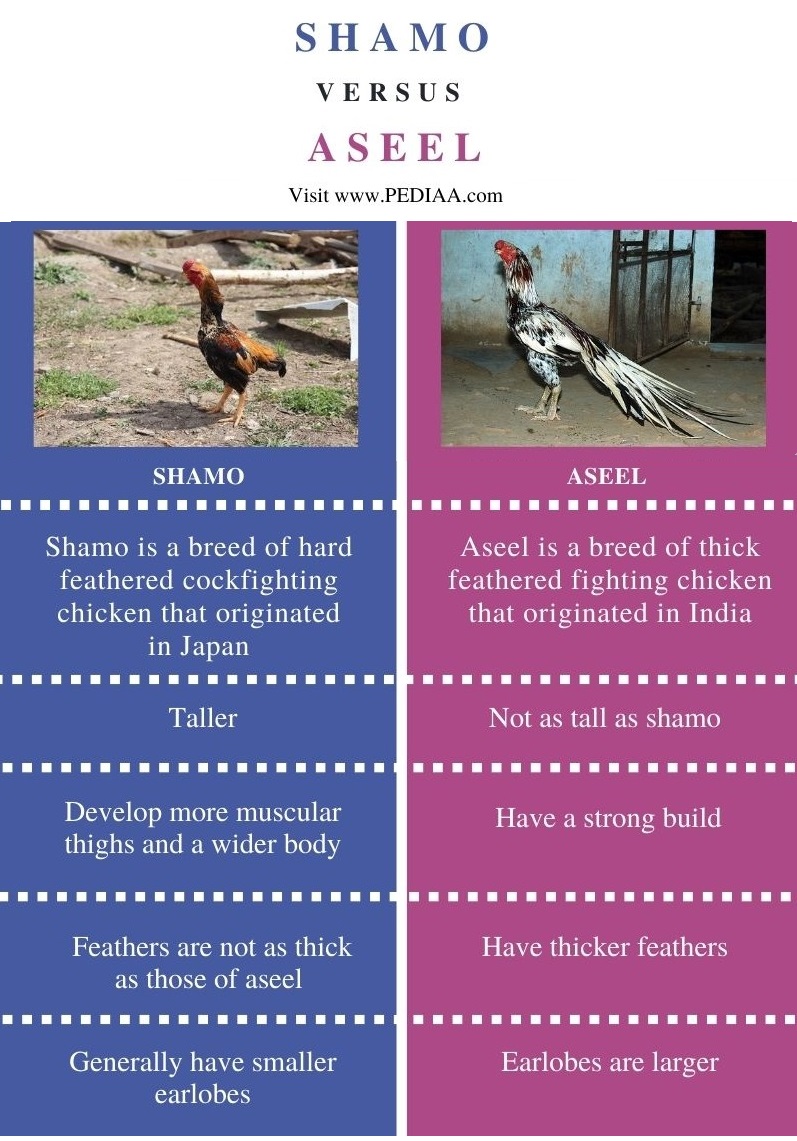 Shamo is a breed of hard feathered cockfighting chicken that originated in Japan. Similar to Aseel chicken, Shamo chicken also developed as a fighting bird because. Shamo chickens were later imported to many other countries. Apart from being popular as fighting birds, Shamo chickens are considered the second tallest chicken breed in the world. These chickens usually have a larger and upright body structure. 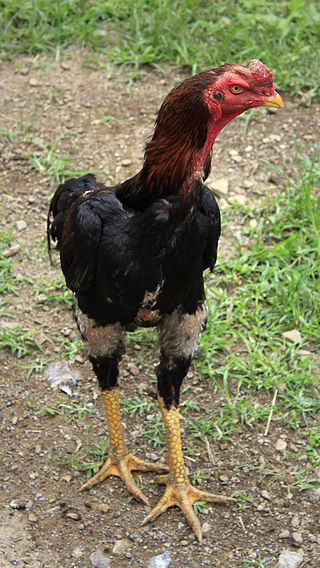 Aseel refers to a  breed of fighting chicken that originated in India. It’s true that the Aseel chickens were originally bred for cockfighting. But today, some people even breed Aseel chickens for ornamental purposes. 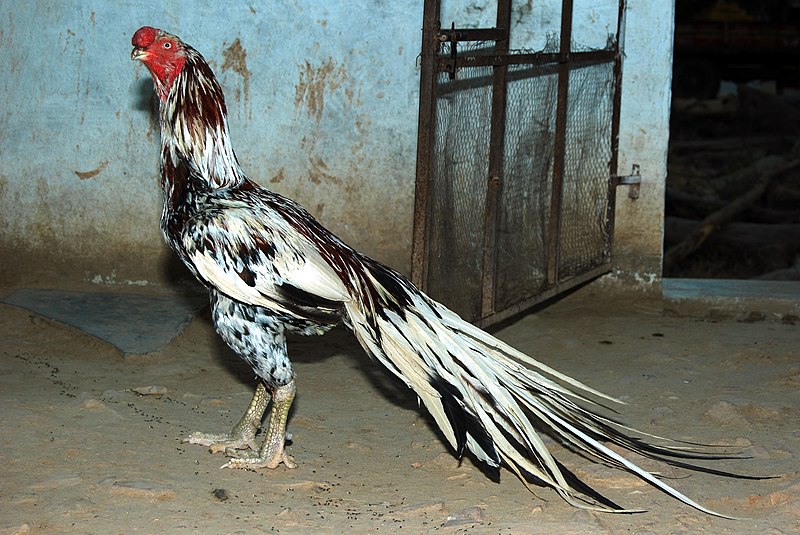 Similarities Between Shamo and Aseel

Difference Between Shamo and Aseel

Although Aseel roosters are of a strong build, Shamo roosters develop more muscular thighs and a wider body.