The main difference between skates and rays is that skates are oviparous; laying eggs, whereas rays are viviparous; live-bearing. Furthermore, skates have a prominent dorsal fin while, rays have no or greatly reduced dorsal fin. In addition to these differences, skates have fleshier tails and no spines while rays have whip-like tails possessing one or two stinging spines.

Skates and rays are two types of dorsoventrally-flattened, cartilaginous fish, belonging to the superorder Batoidea under the subclass Elasmobranchii. Generally, they have cartilaginous skeletons and five or more gill slits on each side of the head. In contrast, bony fish have bony skeletons and a single gill cover.

Skates are cartilaginous fish that belong to the family Rajidae in the superorder Batoidea of rays. More than 150 species of skates live in the world. The main characteristic feature of skates is mermaid’s purse, which is the egg case in which they produce eggs. Also, the distinct characteristics of the egg case may help to identify different species of skates. Among them, one identifiable characteristic is the keel, a flexible ridge which runs along the outside of the structure. The number of eggs in the egg case is also a characteristic feature. Some may have one embryo, while others can bear up to seven embryos. In addition to these, the fibrous shell around the egg case is also distinguishable as some species have thick layers on the exterior while others do not have this layer. 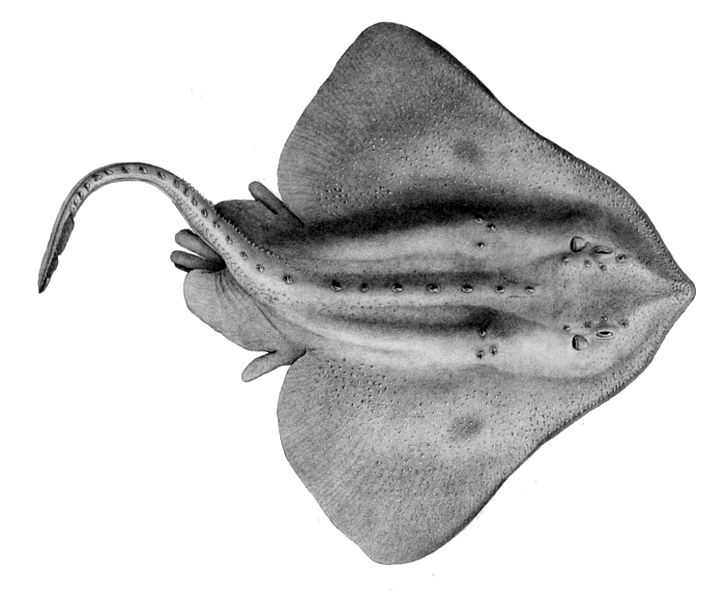 Rays are a large group of cartilaginous fish, belonging to the superorder Batoidea. Over 600 species of rays live in oceans while the most identifiable rays are stingrays and electric rays. The main characteristic feature of rays is their dorsoventrally flattened body. They also have a pectoral fin, which extends through the length of the body. Rough skin with placoid scales covers a large portion of the body of rays. Generally, these scales are homologous to teeth with caudally oriented pointed tips. 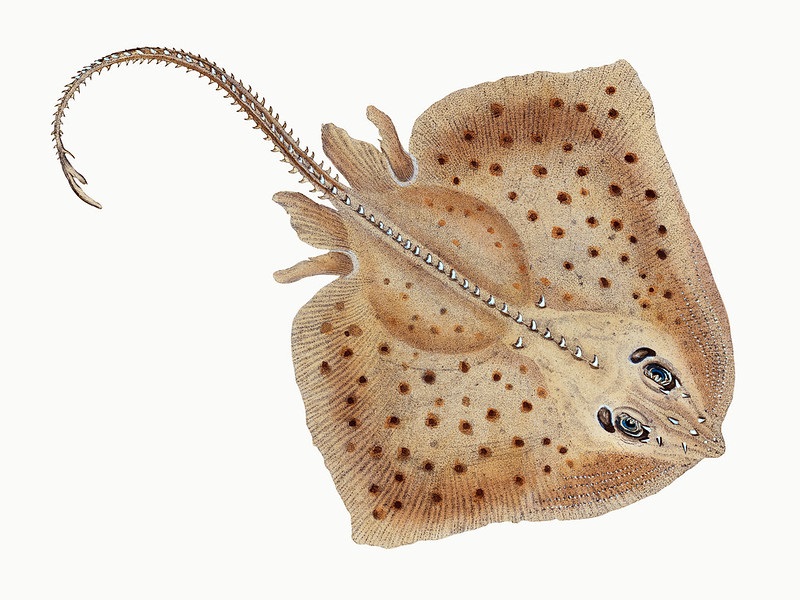 Moreover, the mouth of rays occurs in the underside of the body, containing euhyostyly, a common jaw suspension to batoids. Also, their gill slits occur in the ventral surface of the body. Besides, the rays have their eyes and spiracles occur on the top of the head; spiracles help to breathe once they bury on the sand.

Similarities Between Skates and Rays

Difference Between Skates and Rays

Skates refer to any of the numerous species of large, flat, elasmobranch fishes of the genus raia, having long, slender, tail terminated by a small caudal fin while rays refer to the cartilaginous fish in the superorder Batoidea, consisting of flattened bodies, enlarged pectoral fins fused to the head, and gill slits on the ventral surfaces.

Depth of the Habitat

Moreover, skates are smaller, while rays are much larger.

Skates are triangular or rounded, while rays are diamond-shaped.

In addition, skates are typically drab, brownish or greyish in color, while many rays are boldly or colorfully patterned.

Whereas skates have a prominent dorsal fin, rays have no or greatly reduced dorsal fin.

Lobes in the Pelvic Fin

Skates have a caudal fin and first and second dorsal fins, while rays do not have such fins.

Furthermore, skates have short, fleshier tails and no spines while rays have a long, whip-like tail possessing one or two stinging spines.

In addition, skates rely on thorny projections on their backs and tails for protection from predators while rays protect themselves with these stinging spines or barbs.

Skates are harmful while some rays including electric rays and stinging rays are harmful or even deadly to humans.

In brief, skates are a type of cartilaginous fish with a triangular or rounded shape. They are small and have a prominent dorsal fin with shorter and fleshier tails and no spines. In addition, they have small, pointed teeth and longer and pointed noses. Most importantly, skates lay eggs. In contrast, rays are a type of cartilaginous fish, including skates. However, they have a diamond-shaped body with no prominent dorsal fin. They also have a longer whip-like tail with one or two stinging spines. Generally, they have plate-like teeth for crushing. Furthermore, rays are live-bearing. Therefore, the main difference between skates and rays is their anatomy and the mode of reproduction.