The main difference between studio and apartment is that studios do not have partitions, and all rooms are combined, while there is a clear division and separation of spaces in an apartment.

Both studios and apartments refer to a room or set of rooms for living in. We can even describe studios as a type of apartment. Generally, studios tend to be smaller and less spacious than apartments. 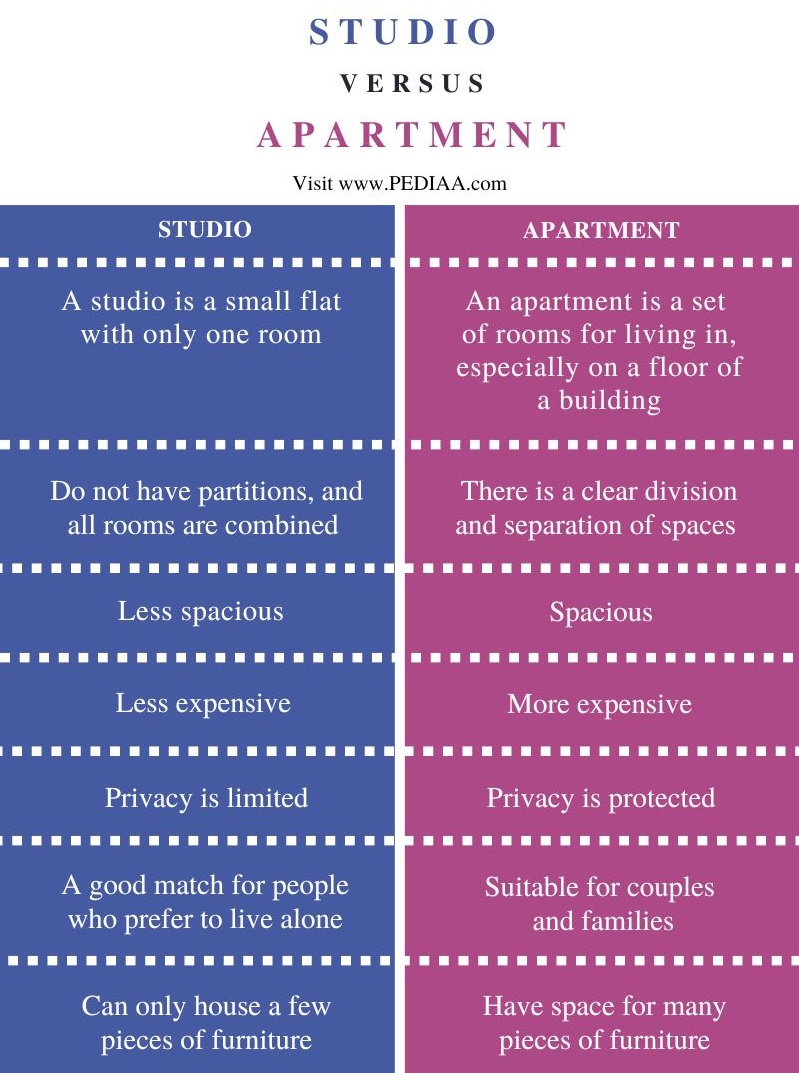 What is a Studio

A studio (also known as a studio apartment or studio flat) is a small flat with only one room. In a studio, all the components of a house are combined. The living room, kitchen, and bedroom are combined into one larger space. In some studios, there may be separate kitchens. Since the studio has limited privacy, it is a good choice for people living alone. Studios are not a very good choice for couples and families. 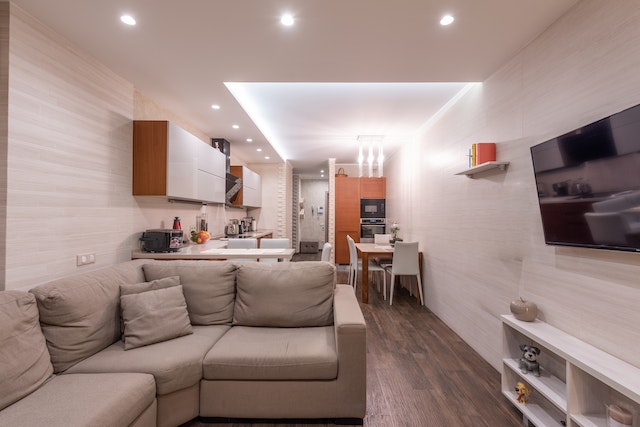 Studios have many benefits, including saving money on rent, access to an open, airy living room, and giving maximum freedom to the resident. They often consist of less furniture. Less furniture provides freedom inside the studio and helps to manage the space efficiently. Moreover, the storage capacity of studios is lower than typical apartments. Thus, many studio users tend to use storage hacks like using cloth racks, wardrobes, and cupboards to keep their belongings. The standard size of a studio apartment is 600 square feet, but these dimensions can change. Studios are less expensive in comparison to apartments and houses.

What is an Apartment

An apartment is a set of rooms for living in, especially on a floor of a building. Most apartments have at least a living room, a kitchen, one or two bedrooms, and a bathroom. In apartments, there is a clear division and separation of spaces. They have separate bedrooms and separate bathrooms. They also have walls and door keeping bedrooms apart from the full kitchen, living room, and bathroom. At the same time, living areas and other areas are also partitioned by giving separate spaces for each room. Since most rooms are divided by walls, the privacy of the residents is protected. Thus, apartments are suitable for couples as well as families. 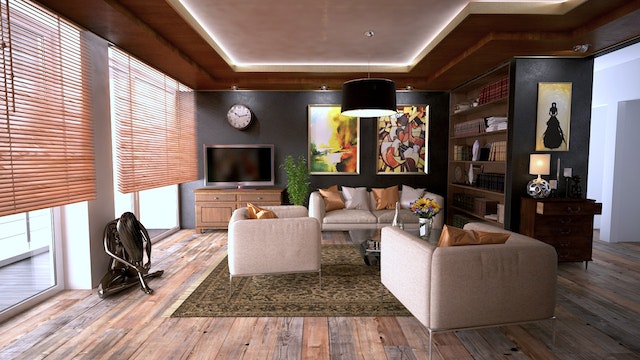 Since apartments are spacious, people can keep furniture inside according to their preferences. Apartments usually have greater square footage than studios. However, apartments are expensive since they provide many facilities.

Similarities Between Studio and Apartment

Difference Between Studio and Apartment

A studio is a small flat with only one room, while an apartment can be defined as a set of rooms for living in, especially on a floor of a building.

Studios do not have partitions, but have combined rooms while there is a clear division and separation of spaces in an apartment.

Although apartments are spacious, studios are not spacious.

Apartments are more expensive than studios

Studios are a good match for people who prefer to live alone, while apartments are suitable for couples and families.

A studio is a small flat with only one room, while an apartment is a set of rooms for living in, especially on a floor of a building. The main difference between studio and apartment is that studios are made up of a single unit combining all the components of a house, whereas apartments have clear division and separation among rooms.