The main difference between thyme and rosemary is that rosemary has a strong and pungent flavour than thyme.

Thyme and rosemary are two popular herbs with culinary and medicinal uses. Both these herbs belong to the mint family and have a somewhat similar flavour profile. Moreover, they are often used together in cooking. However, there are some differences between thyme and rosemary, as well. 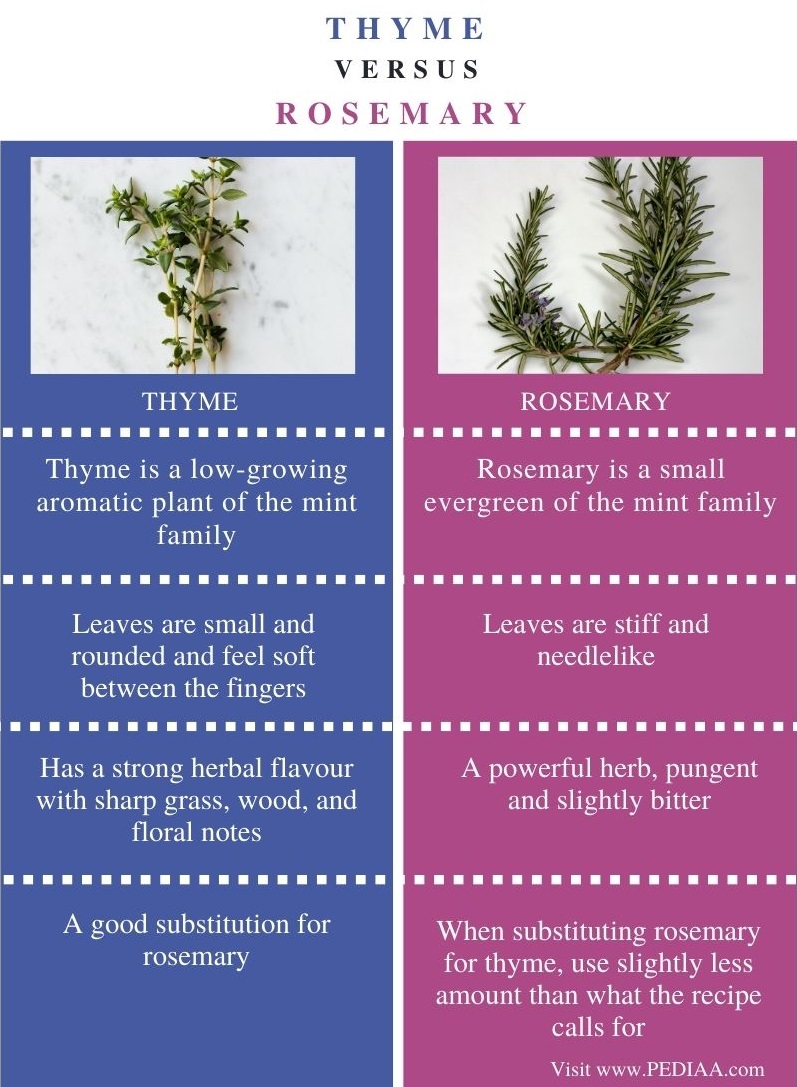 Thyme is a herb with small leaves that grow on clusters of thin stems. It is used in various types of cuisines, including European, Mediterranean, Latin, African, Caribbean, and Central American. We can use thyme by itself or as a part of a blend or a bouquet garni. Moreover, it is available in both fresh and dried forms. 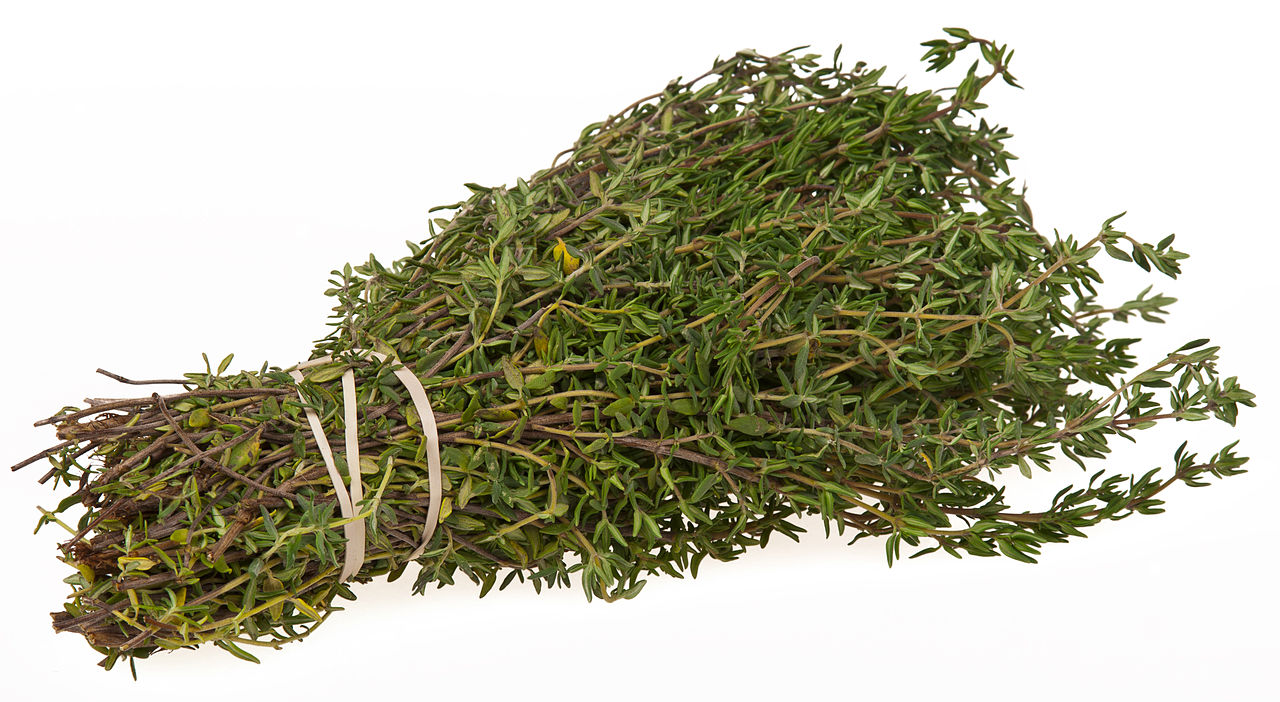 Fresh thyme has a strong herbal flavour with sharp grass, wood, and floral notes. Lemon thyme, as its name suggests, has a distinctive citrus fragrance. When cooking, we can use thyme in its whole form, or by picking individual leaves from the stem. The leaves can be added as whole leaves or chopped parts. Stems won’t break down during the cooking process as they are fibrous. If you add stems during cooking, you have to pick them out before serving.  Moreover, you can add thyme to a dish at any stage of cooking; however, the longer thyme is cooked, the more flavour they will provide.

Rosemary is a small evergreen of the mint family with both culinary and medicinal uses. This plant grows in bushes, with wood-like stems and pine-like needles. In cuisine, we commonly use rosemary to season meats, especially chicken, lamb and pork. We can also add chopped rosemary to bread dough. Rosemary is a powerful herb, pungent and slightly bitter. Therefore, it should be used sparingly. 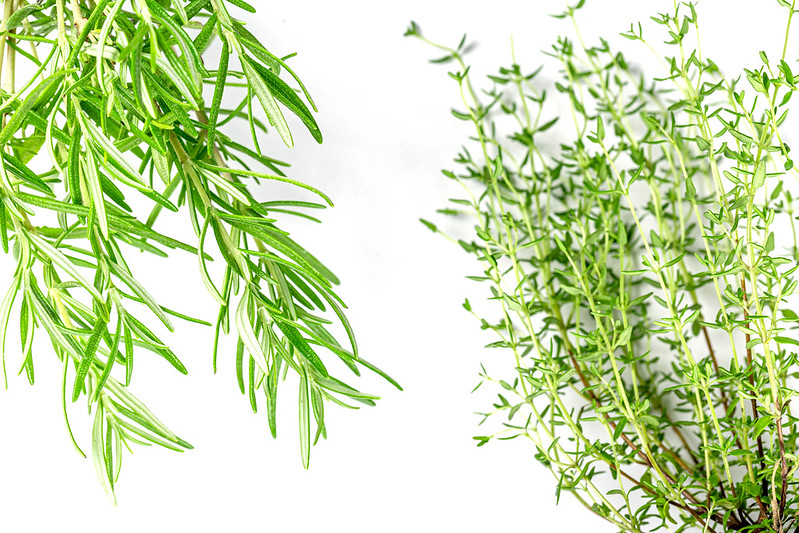 Like thyme, rosemary is also available in fresh and dried forms. Both forms have to be chopped or crushed before use since they have a tough texture, similar to pine needles. If you add rosemary sprigs without removing the stems, it’s better to remove them before serving.

Similarities Between Thyme and Rosemary

Difference Between Thyme and Rosemary

Thyme leaves are small and rounded and feel soft between the fingers while rosemary leaves are stiff and needlelike.

Moreover, thyme has a strong herbal flavour with sharp grass, wood, and floral notes while rosemary is a powerful herb, pungent and slightly bitter. In brief, rosemary has a stronger flavour than thyme.

Thyme is a good substitution for rosemary, especially when used along with other spices. However, when substituting rosemary for thyme, it’s important to use slightly less amount than what the recipe calls for. This is because rosemary has a stronger flavour than thyme.

In brief, rosemary has a stronger flavour than thyme. When substituting rosemary for thyme, it’s important to use slightly less amount than what the recipe calls for. Thus, this is the main difference between thyme and rosemary.

1. “Thyme-Bundle” By Evan-Amos – Own work, CC0) via Commons Wikimedia
2. “Fresh herbs rosemary and thyme on a white background” By Marco Verch Professional Photographer (CC BY 2.0) via Flickr