Transformants and recombinants are two types of resultant cells at the end of a transformation experiment. 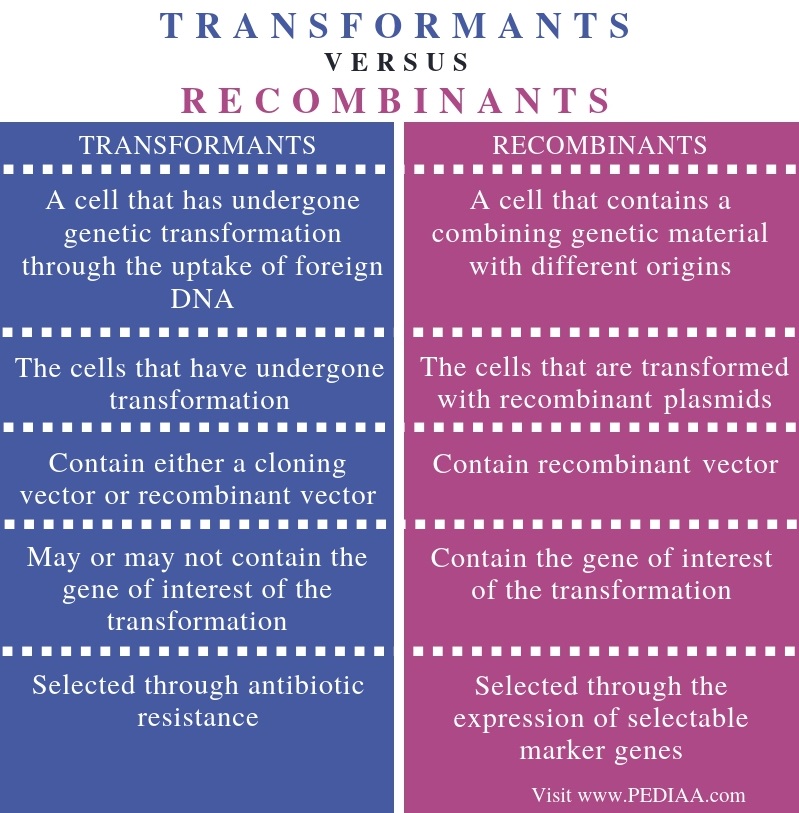 Transformants are the cells, especially bacteria, that have undergone a transformation. Generally, transformation is the main step of DNA cloning responsible for the production of a large number of copies of DNA of interest. For the preparation of DNA for the transformation, the gene of interest is inserted into a cloning or expression vector. Here, the restriction enzymes linearise vector DNA and ligase enzyme ligates the compatible ends of the vector.

However, after the ligation, the vector may or may not contain the insert. Basically, the recombinant vector refers to the vector with this insert. Then, these vectors are transformed into host bacteria. Finally, bacteria with transformed DNA has to be selected. For that, these bacteria are grown in a medium with a particular antibiotic. However, the vector DNA contains the resistance gene for the corresponding antibiotic. Therefore, bacteria with transformed DNA can grow in the medium. In contrast, non-transformants are unable to grow in the medium.

Similarities Between Transformants and Recombinants

Difference Between Transformants and Recombinants

Containment of the Gene of Interest