The main difference between values and attitudes is that values are built upon one’s moral attributes while attitudes are the standpoints one has regarding various issues. Nevertheless, attitudes build up in accordance with one’s values. 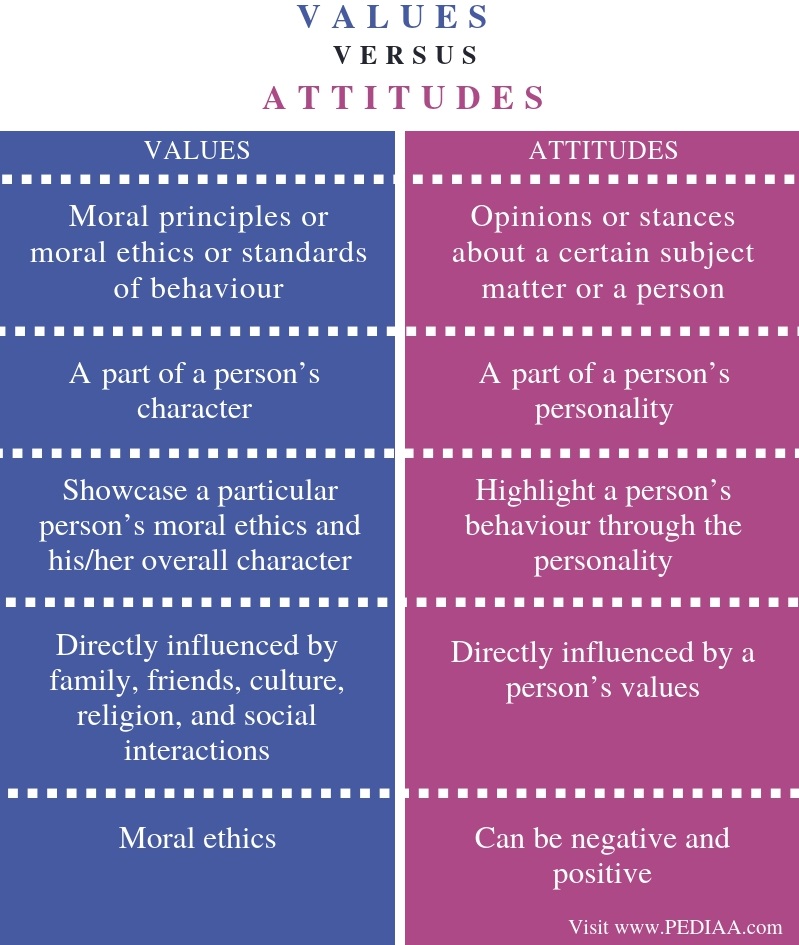 We can define values as the moral principles or standards of behaviour. Thus, values often stand as the moral ethics of a person or a society. In brief, values are those what are known as the code of conduct for a person.

Thus, they are the fundamental beliefs that guide or motivate the attitudes or actions of a person. Values are highlighted under ethical studies. Moreover, family, religion, culture, and moral figures in the society strongly influence the values. Hence, values serve as the guiding principles for a person in their lives. 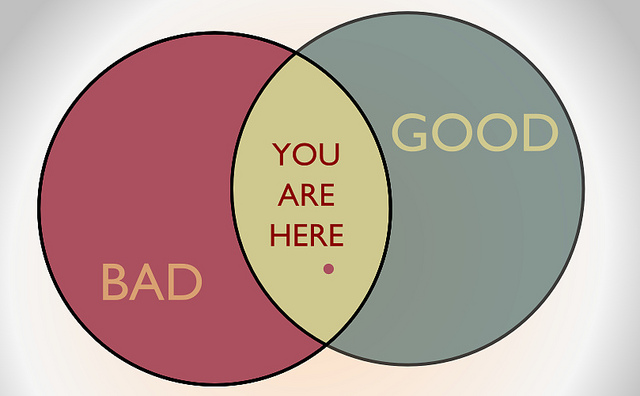 Likewise, values may also differ from one person to another, from one culture to another, and also from one place to another. Nevertheless, there are some universal values such as integrity, kindness, honesty, love, compassion, justice, equality, humbleness, and, freedom.

Moreover, a workplace code of conduct also highlights the values. Here, they emphasize the standards of behaviour for those in the company. These are known as cooperate values, workplace values, etc.

Accordingly, two people can have negative attitudes or positive attitudes on the same subject. For instance, consider the varied attitudes people have on social issues such as matrimony, abortions, homosexuality, etc. Also, how a person responds to a situation reflects that person’s attitudes. 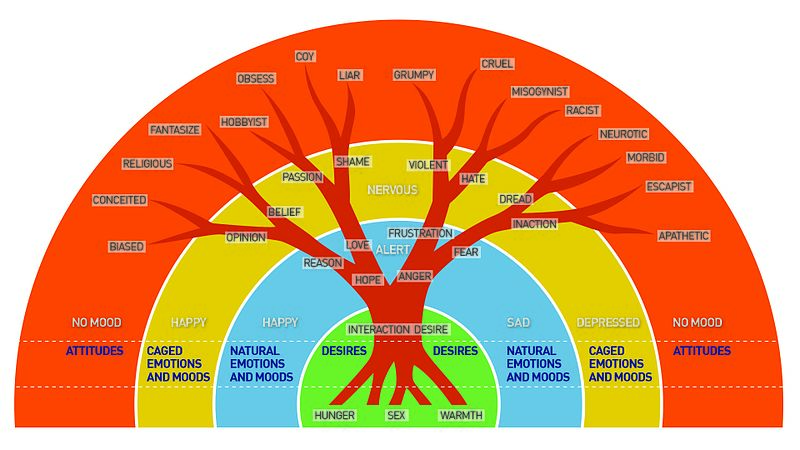 Moreover, attitudes are composed of three main components as affective, behavioural and cognitive. It is known as the ABC model of attitudes.

Behavioural – refers to the behaviour a person displays or how one actually reacts in accordance to their attitude in a particular situation.

Cognitive – refers to a person’s opinion, beliefs or thought about a subject matter or a person.

Relationship Between Values and Attitudes

Difference Between Values and Attitudes

Values are the moral principles or moral ethics or standards of behaviour. On the other hand, attitudes are the opinions or stances about a certain subject matter or a person. Thus, this explains the basic difference between values and attitudes.

While values showcase a particular person’s moral ethics and his/her overall character, attitudes highlight that person’s behaviour through the personality. Moreover, since attitudes are based upon one’s values, they are also significant as they reflect that person’s values as well.

Values are one’s moral ethics. Therefore, they are one’s qualities while attitudes can be negative and positive.