Home » Travel & Tourism » What is the Difference Between Visa and Passport 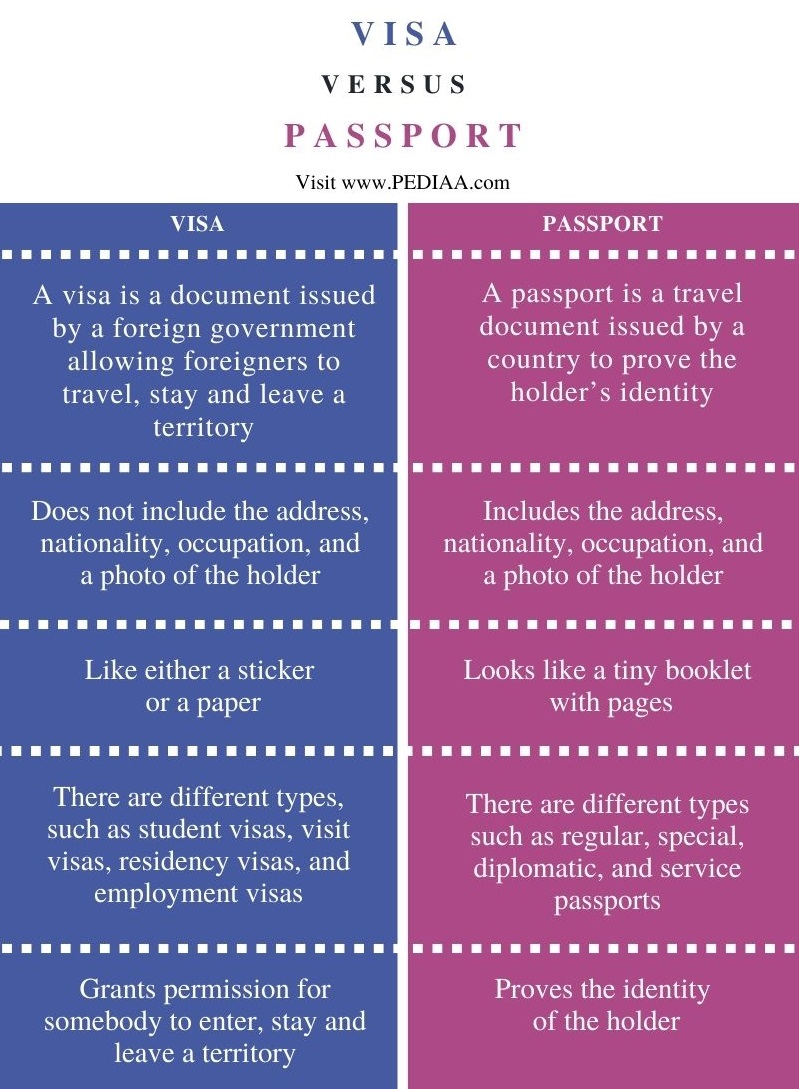 What is a Visa

Visa refers to a document issued by a government that allows a foreigner to travel, enter, remain, or leave that country. A visa may be issued as a single entry or multiple entry. Governments issue visas for various purposes, and there are different types of visas. For example, there are visa types such as tourism, business, employment, residency, and study. There are different ways to obtain a visa in different countries. Generally, a visa is granted by an embassy or a consulate in advance of departure. 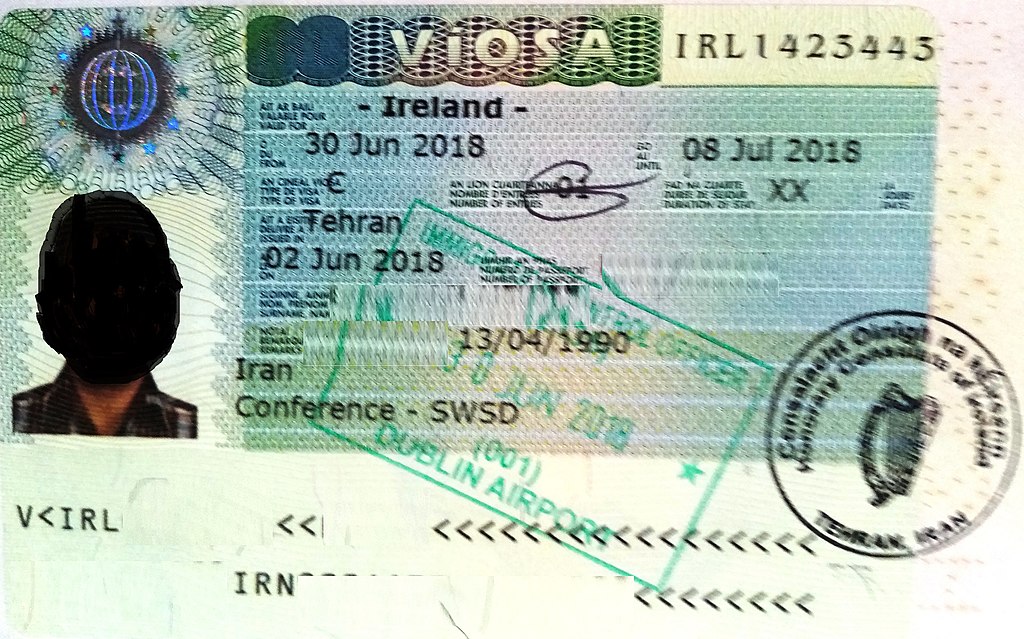 Most countries execute visa requirements for expatriates as a security measure. Through the visa record, they can keep track of the personals who enter and exit the country. Hence, this tracking helps countries to stop illegal immigration and to stop security risks. A visa looks like a sticker with the name of the holder and the number of days the applicant can stay in a particular country. In some countries, a visa is not attached to the passport and is issued as a separate document.

What is a Passport

A passport is an official document that is issued by one’s country, certifying the holder’s identity and citizenship. It includes various details like the holder’s name, photo, address, date, and place of birth. Moreover, it looks like a small booklet with pages to be stamped with travel stamps when entering and leaving a country. Immigrant officials will stamp those pages at the departure and arrival of the holder at the airport. 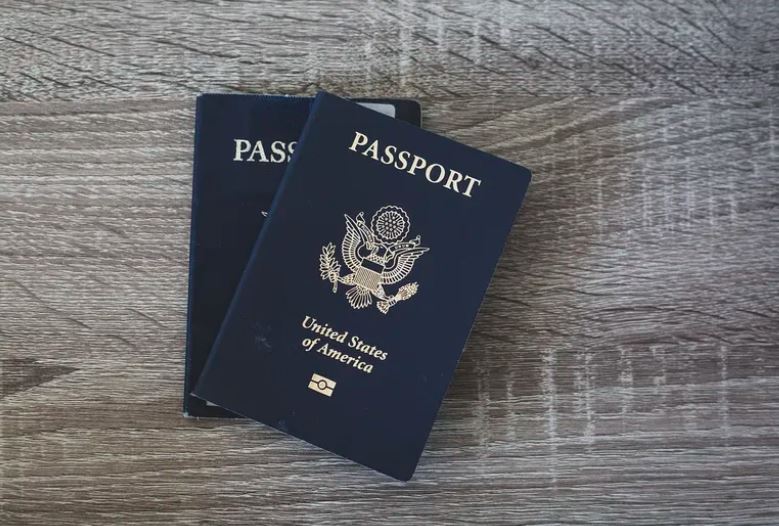 A passport can be obtained by completing an application form and handing it over to the department of immigration and emigration of a particular country. To obtain a passport, the applicant should prove citizenship using documents like birth certificates and government-issued ID. Passports are generally valid for ten years from the date of issue. At the end of the ten years, the holder should renew their passports. One also has to pay a fee to obtain a passport and renew it. Generally, it takes six to eight weeks to process a passport, and in some countries, the passport will be sent via post after processing.

Similarity Between Visa and Passport

Difference Between Visa and Passport

Although a passport contains the address, nationality, occupation, and a photo of the holder, a visa does not include all these details.

A passport looks like a tiny booklet with pages, whereas a visa looks like either a sticker or a paper.

There are different types of visas, such as student visas, visit visas, residency visas, and employment visas, whereas types of passports include regular, special, diplomatic, and service passports.

Although a visa grants permission for somebody to enter, stay and leave a territory, a passport proves the identity of the holder.