Home » Science » Geology » What is the Difference Between Volcano and Supervolcano

The main difference between volcano and supervolcano is that a supervolcano erupts less frequently in a greater magnitude compared to an ordinary volcano.

Generally, it is possible for an ordinary volcano to erupt year after year; however, supervolcano eruptions usually take place thousands of years apart. In brief, a volcano forms when the magma reaches the Earth’s surface, causing eruptions of lava and ash. A supervolcano functions the same but on a quite massive scale. 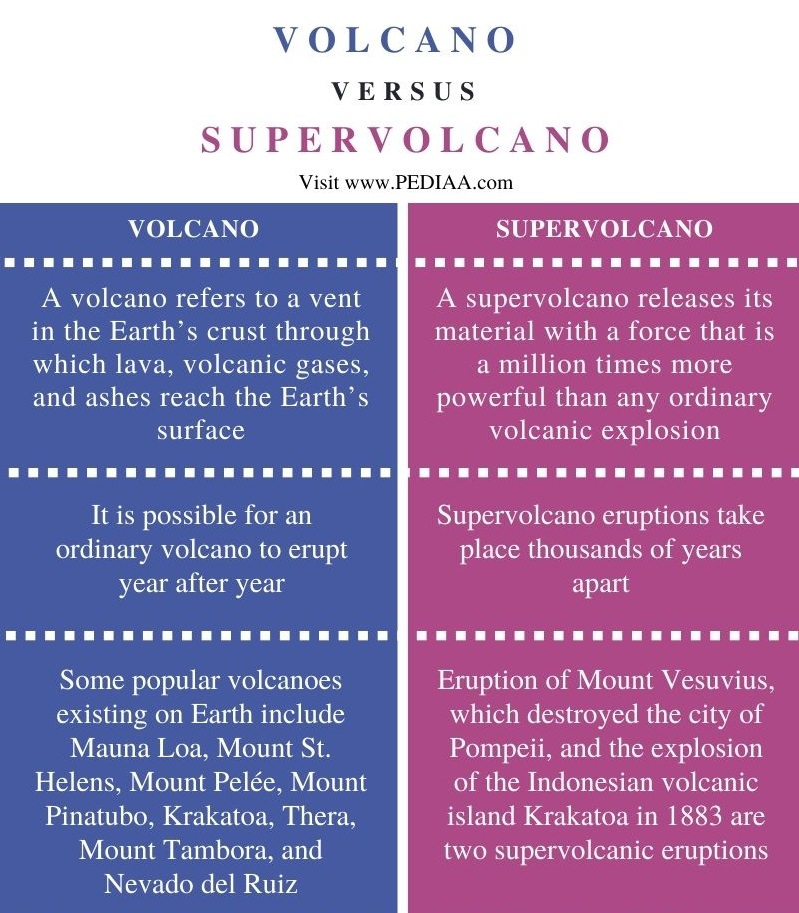 What is a Volcano

A volcano refers to a vent in the Earth’s crust through which lava, volcanic gases, and ashes reach the Earth’s surface. Volcanic eruptions occur as a result of the pressure created by the gases dissolved in the magma. 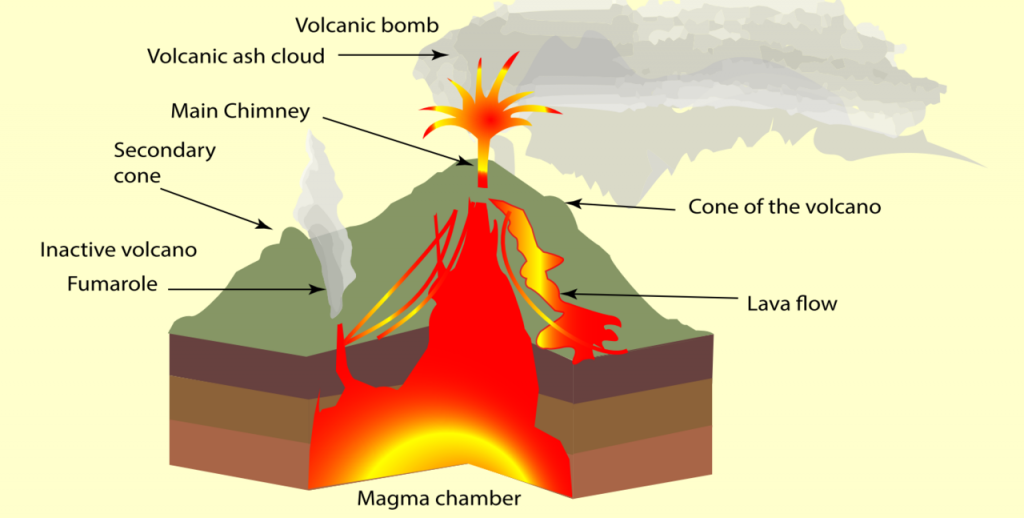 Beneath a volcano, there exists liquid magma with dissolved gases. Magma rises up through the cracks in the Earth’s crust. When the magma rises up, the pressure decreases, and this leads the gases to form bubbles. The gas content and the chemical composition of magma decides the behaviour of lava when it reaches the Earth’s surface. Lava with a low silica content usually shows a low viscosity.  In contrast, lava rich in silica content is extremely viscous. High viscosity restricts the lava from flowing freely while low viscosities allow the lava to flow freely.

What is a Supervolcano

If you are to consider a volcano a “supervolcano”, it has to have experienced one or more explosions with a magnitude of 8 on the Volcano Explosivity Index. With such a magnitude, a volcano usually releases the material it carries to a distance of more than 240 cubic miles.  In brief, supervolcanos rank at the top of the Volcanic Explosivity Index. 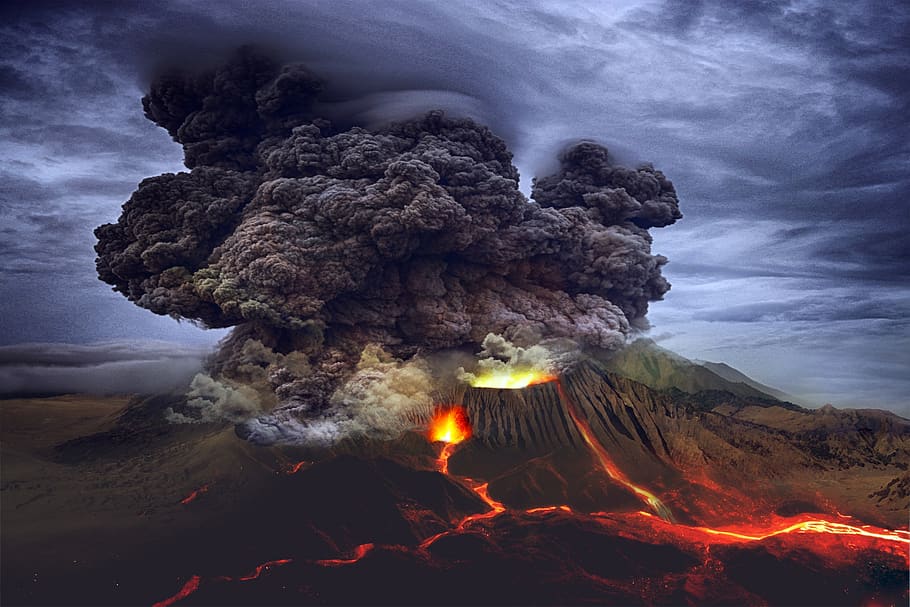 Supervolcanic eruptions are extremely large eruptions and can cause avalanches of hot rocks and gasses and global climatic changes. However, just because a volcano has had a super-eruption once or twice in the past, it does not always mean that it is going to have a huge eruption with the same magnitude in the future as well.

It is not that frequent to see a volcano reaching this super-status. While hundreds of ordinary volcanoes erupt all over the world in any given year, scientists have been able to identify only just 42 eruptions that ranked a magnitude higher than 7 on the VEI during the last 36 million years. Moreover, the eruption of Mount Vesuvius, which destroyed the city of  Pompeii, is an example of a supervolcano, which have left fear in human history regarding the unforgiving nature of the supervolcanos and their power hidden underneath.

Similarities Between Volcano and  Supervolcano

Difference Between Volcano and Supervolcano

A volcano refers to a vent in the Earth’s crust through which lava, volcanic gases, and ashes reach the Earth’s surface. A supervolcano releases its material with a force that is a million times more powerful than any ordinary volcanic explosion.

It is possible for an ordinary volcano to erupt year after year; however, supervolcano eruptions take place thousands of years apart.

Some popular volcanoes existing on Earth include Mauna Loa,  Mount St. Helens, Mount Pelée, Mount Pinatubo, Krakatoa, Thera,  Mount Tambora, and  Nevado del Ruiz. On the other hand, the eruption of Mount Vesuvius, which destroyed the city of  Pompeii, and the explosion of the Indonesian volcanic island Krakatoa in 1883 are two supervolcanic eruptions.