Home » Technology » IT » Programming » Difference Between Algorithm and Pseudocode

An algorithm is a procedure for solving a problem. In other words, it is a sequence of steps to solve a given problem. It can contain sequences, iterations, selection, etc. Usually, there can be several methods to solve a problem. It is important to analyze each solution and select the best approach to solving it. On the other hand, a pseudocode is a method of developing an algorithm. Programmers can use informal simple language to write a pseudocode and there is no strict syntax to follow. It is a text-based detailed design tool. 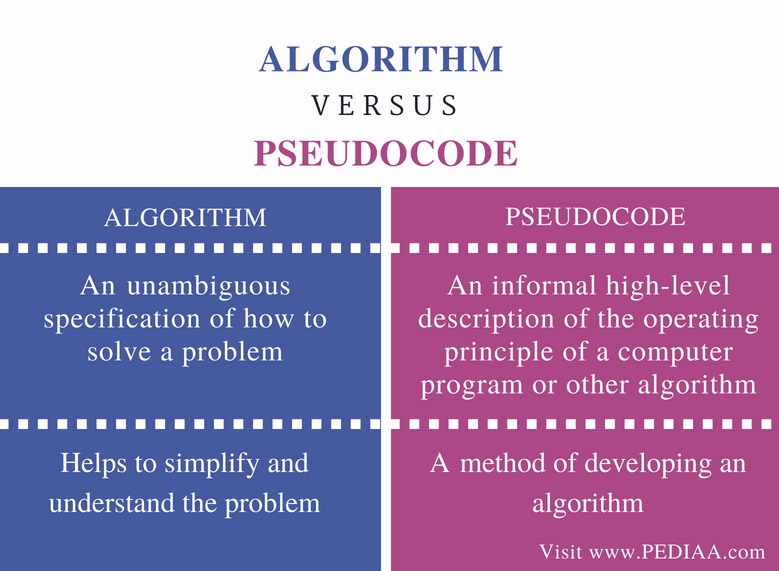 An algorithm is a step by step procedure to solve a problem. A procedure is a finite sequence of instructions, where each is carried out in a finite amount of time. Every problem can be solved with the help of an algorithm. For example, when the user wants to login to a Facebook account, first he has to go to Facebook.com. Then he has to give the correct username and password. Then he has to click the login button. If the username and password are correct, the user can enter his account. Likewise, every problem has a sequence of steps to solve it. This is also an algorithm because it provides a correct sequence of steps to solve the problem. 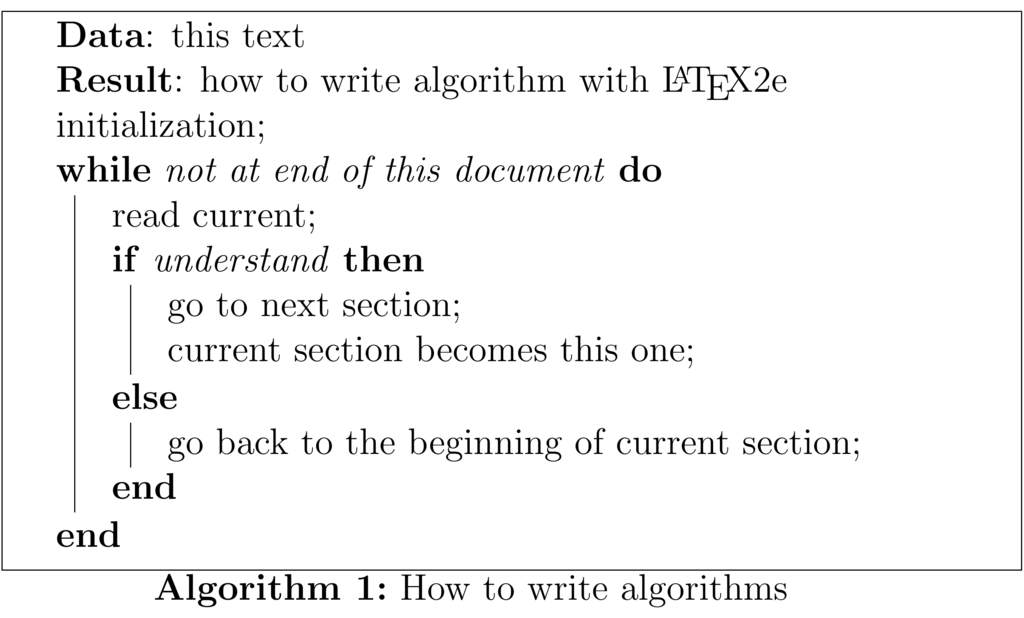 Pseudocode is an informal way of writing a program. It is not exactly a computer program. It represents the algorithm of the program in natural language and mathematical notations. Usually, there is no particular code syntax to write a pseudocode. Therefore, there is no strict syntax as a usual programming language. It uses simple English language.

Pseudocode to add 2 numbers is as follows;

Pseudocode to find the area of a Rectangle is as follows.

Pseudocode of sequential flow with multiple alternatives is as follows.

Pseudocode to print 5 numbers is as follows.

Those are few examples for pseudocodes.

Difference Between Algorithm and Pseudocode

An algorithm is an unambiguous specification of how to solve a problem. Pseudocode is an informal high-level description of the operating principle of a computer program or other algorithm.

An algorithm helps to simplify and understand the problem. On the other hand, pseudocode is a method of developing an algorithm.

1.”Latex-algorithm2e-if-else” By Lavaka – Own work (CC BY-SA 3.0) via Commons Wikimedia