Attenuation is an important term used especially in physics, radiotherapy, telecommunication, and electrical engineering when dealing with waves and signals whereas the term absorption is used in various fields of study including physics, chemistry, biology, mathematics, engineering, medicine, and economics. Even though the two concepts have a relationship in some cases, they have different and specific meanings. This article describes the difference between attenuation and absorption in detail. In Physics, the main difference between attenuation and absorption is that attenuation is the gradual reduction in the intensity of a signal or a beam of waves which is propagating through a material medium whereas the absorption is the way in which the energy of a photon is taken up by matter.

3. What is the Difference Between Attenuation and Absorption 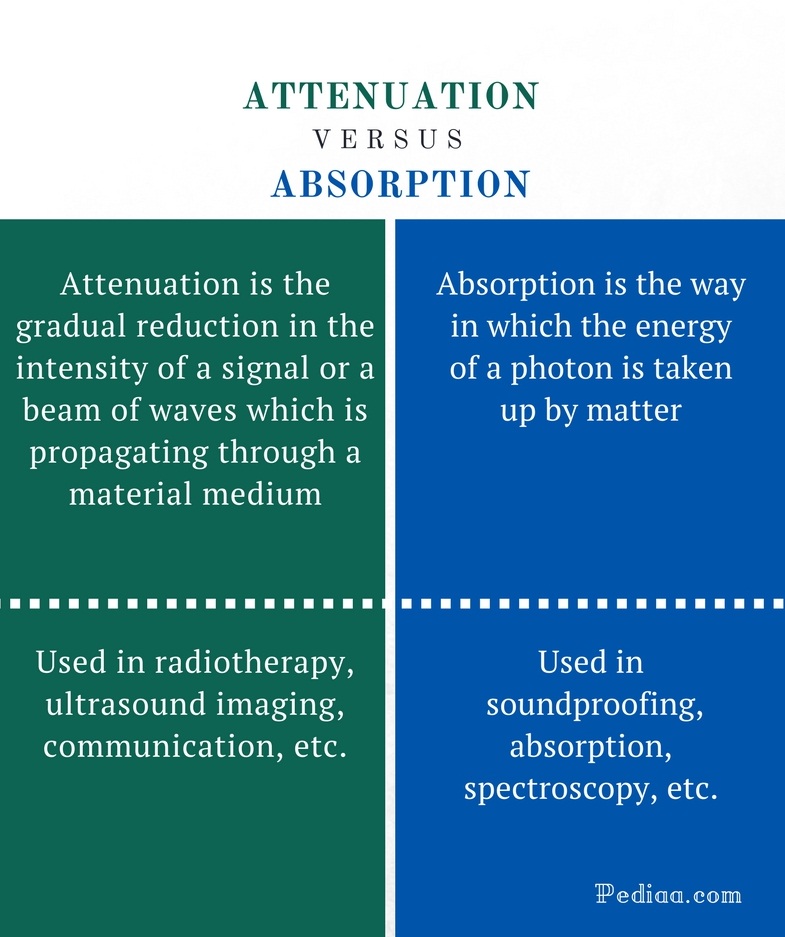 In physics / engineering, the gradual reduction in the intensity of a signal (beam of waves) which is propagating through a material is known as the attenuation. It is a common phenomenon experienced by any kind of wave or signal propagating through a medium. For example, acoustic waves are attenuated by water, X- rays are attenuated by lead, and seismic waves are attenuated as they propagate through the Earth. Normally, attenuation is an exponential function of the path length through the medium. In other words, the extent of the attenuation of a wave through a given medium depends on the path length. In addition, the attenuation of a wave or beam depends on the frequency of the wave and the medium through which the wave propagates. The units of measuring attenuation are dB/m, dB/cm or dB/km (decibels per unit path length) 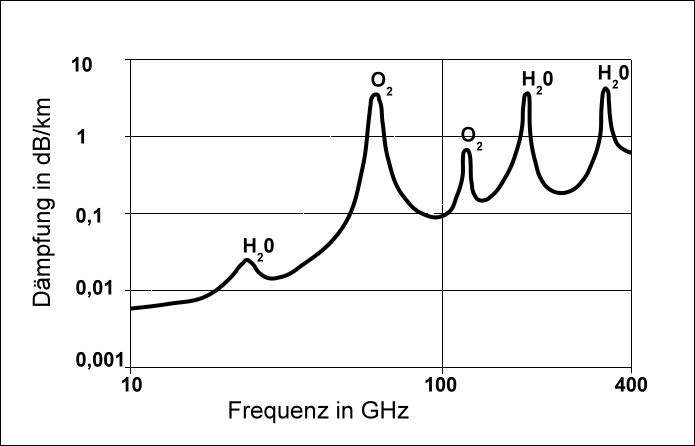 The term Absorption is used in different fields of study with different meanings. In electromagnetism, the absorption of energy of EM waves by a material is commonly referred to as the absorption. In this process, the absorbed energy appears as the heat of the medium or another form of energy such as the vibrational and rotational energy of the atoms or molecules of the medium. The absorption of EM waves depends on several factors such as the frequency of EM waves, the medium, path length, and concentration of the absorbing medium. Light waves can propagate through a perfectly transparent material without any reduction in the amplitude. In practice, transparent glasses permit the light waves to pass through them with a relatively low reduction in the amplitude. However, light waves passing through highly opaque mediums lose their total amount of energy and eventually disappear. 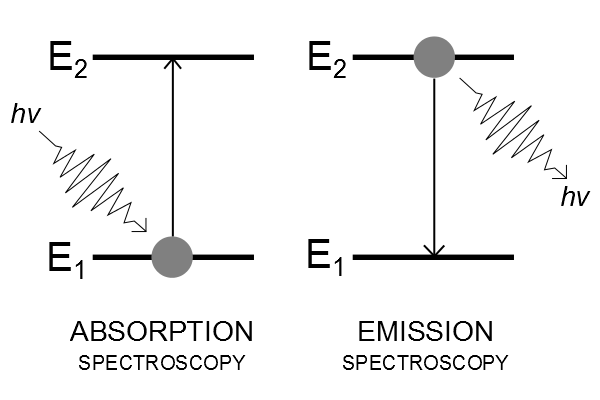 Difference Between Attenuation and Absorption

Attenuation: Attenuation is the gradual reduction in the intensity of a signal or a beam of waves which is propagating through a material medium.

Attenuation: The concept of attenuation is used in radiotherapy, ultrasound imaging, communication, etc.

Absorption: The concept of absorption is used in  soundproofing, absorption spectroscopy, etc.