Award is both a verb and a noun. As a noun, award refers to a prize or another mark of recognition given in honor of an achievement. Award, as a verb, refers to giving something as a prize, compensation, or official payment. Awards are tokens of appreciation; they can be certificates, medals, statues, titles, badges, pins, cash, etc. They are given to noteworthy achievements or remarkable contributions to specific fields. For instance, Nobel Prize is a set of annual awards which honors a number of people who have done a noteworthy service to academic, scientific and cultural fields. Likewise, award ceremonies like Academy Awards (Oscar), Golden Globe, Pulitzer Awards, and Booker Prize all give awards to noteworthy figures and works in their respective fields.

An important feature that can be seen in all these events is that the award is given in public, in front of an audience. And the award winner is chosen in a systematic manner; first nominations are made for each award category, and then a panel of judges chose the most deserving person for the award. 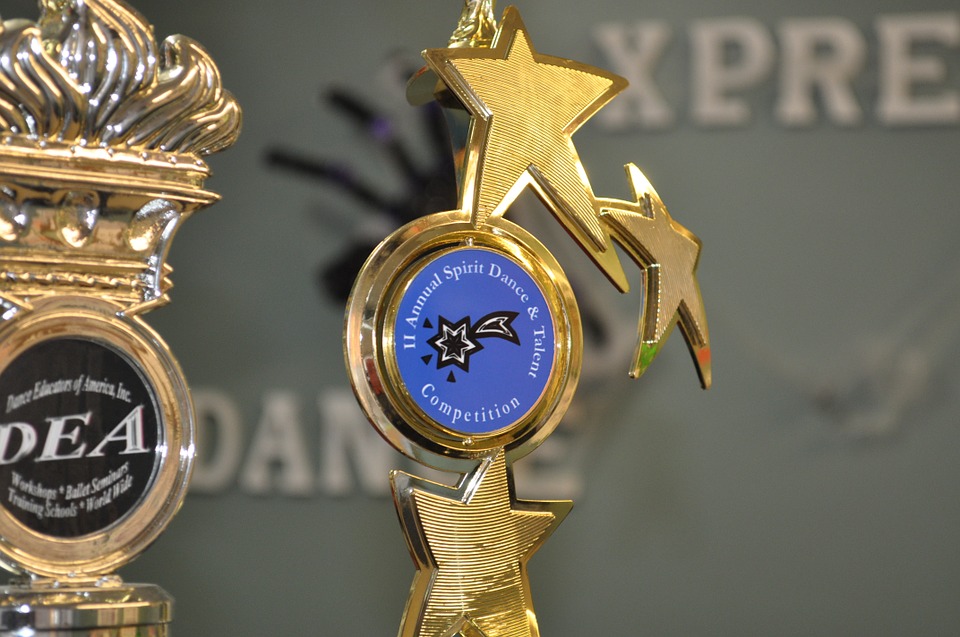 Reward is also a thing given in recognition of service, achievement or effort. But a reward is less grand in scale than an award. They are not given in front of an audience, as in an award ceremony. Nevertheless they are given to appreciate a person’s efforts, behavior and skills. Reward can be either monetary or non-monetary. For example, if you help other people, and lead a just and fair lifestyle you’ll be rewarded with a happy and hassle-free life. On the other hand, if you return someone’s lost pet, you might get a monetary reward as a thank you for your effort. Reward may not be an award, but it can be just as rewarding and fulfilling.

Reward, unlike award, can be used in personal situations. If you study hard, passing the exam might be a reward for your efforts. If you look after your little cousin, your aunt may reward you with a box of chocolate. But award cannot be used in this context. It is usually reserved for more official and formal contexts. 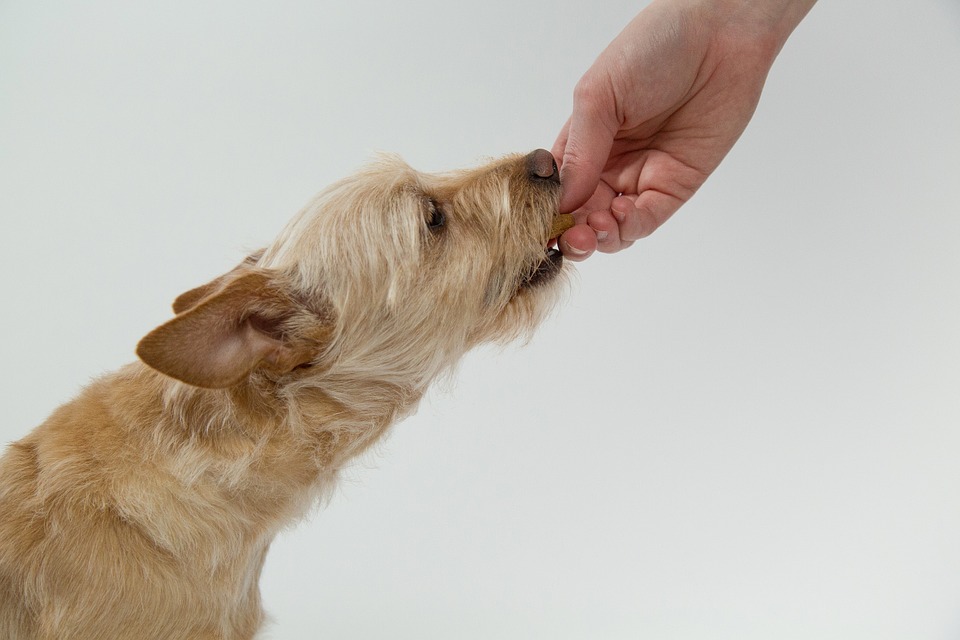 Difference Between Award and Reward

Award is more grandiose than a reward.

Reward is less grandiose than an award.

Reward can be cash, gift or self-fulfillment.

Award is given in front of an audience, usually in an award ceremony.

Reward is not generally given in front of an audience.

The recipient of an Award is selected systematically.

The recipient of a Reward is not selected systematically.

Award is used in more formal and official situations.

Reward is used in less formal and official situations. 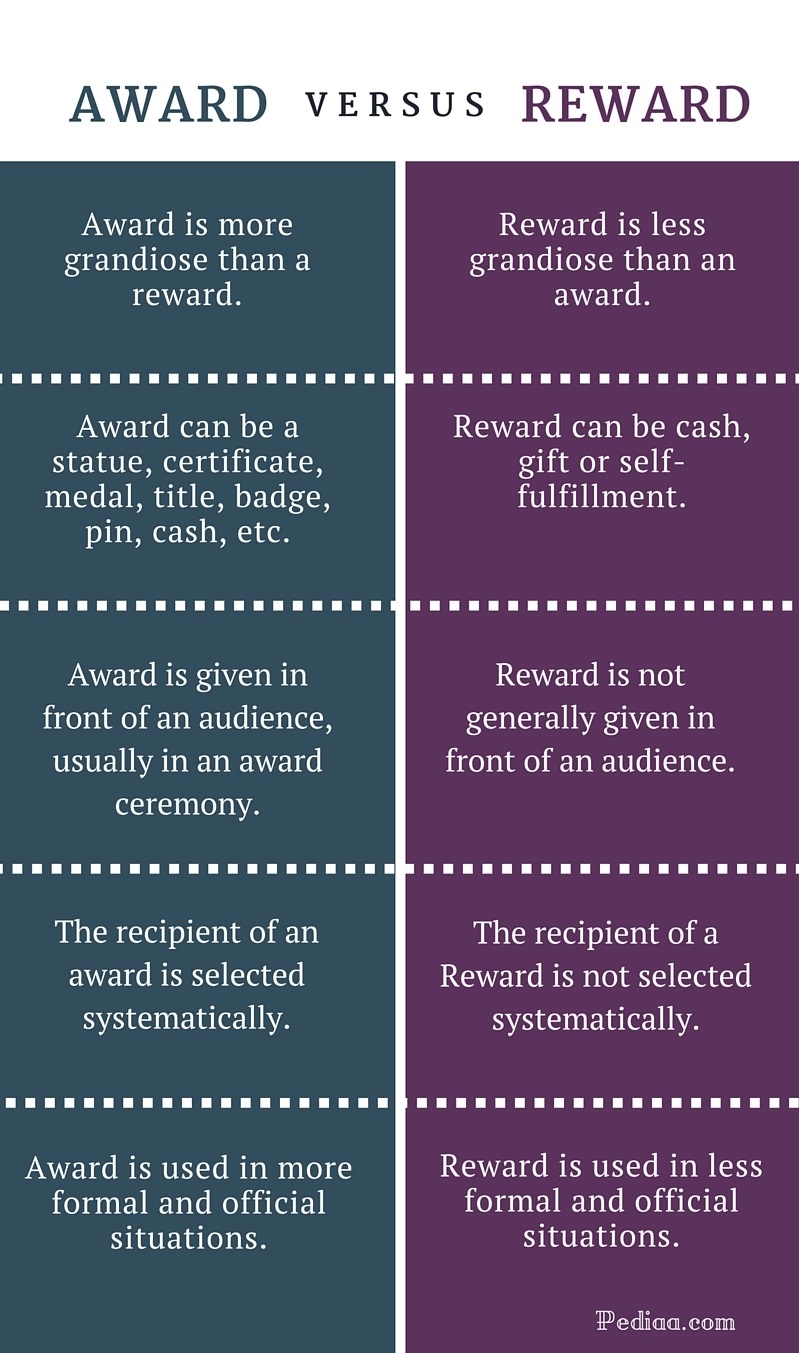