What is an Axon

An axon is single, long projection of a nerve cell. Axons carry nerve impulses away from the cell body. The membrane that covers the axon is called the axolemma. Axoplasm is the cytoplasm of the axon. Axons are branched at their terminal ends. The tips of the branched ends are formed by telodendria. The axon terminals are the swollen ends of the telodendria. The axon terminals form the synaptic connection with a dendron of another neuron or with an effector organ. The membrane of the axon terminal is linked to the membrane of the target cell. Vesicles that contain neurotransmitters are present in the axon terminals to transmit the nerve impulses by means of chemical signals through the synaptic gap. The axon hillock is the initial segment of an axon. It initiates the action potential. A cross-section of an axon is shown in figure 1. 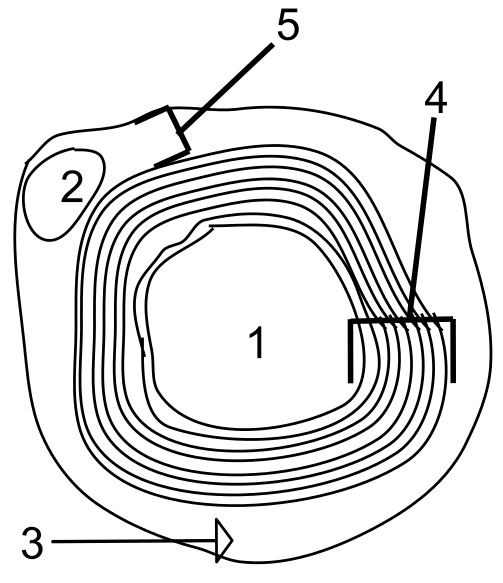 What is a Dendrite 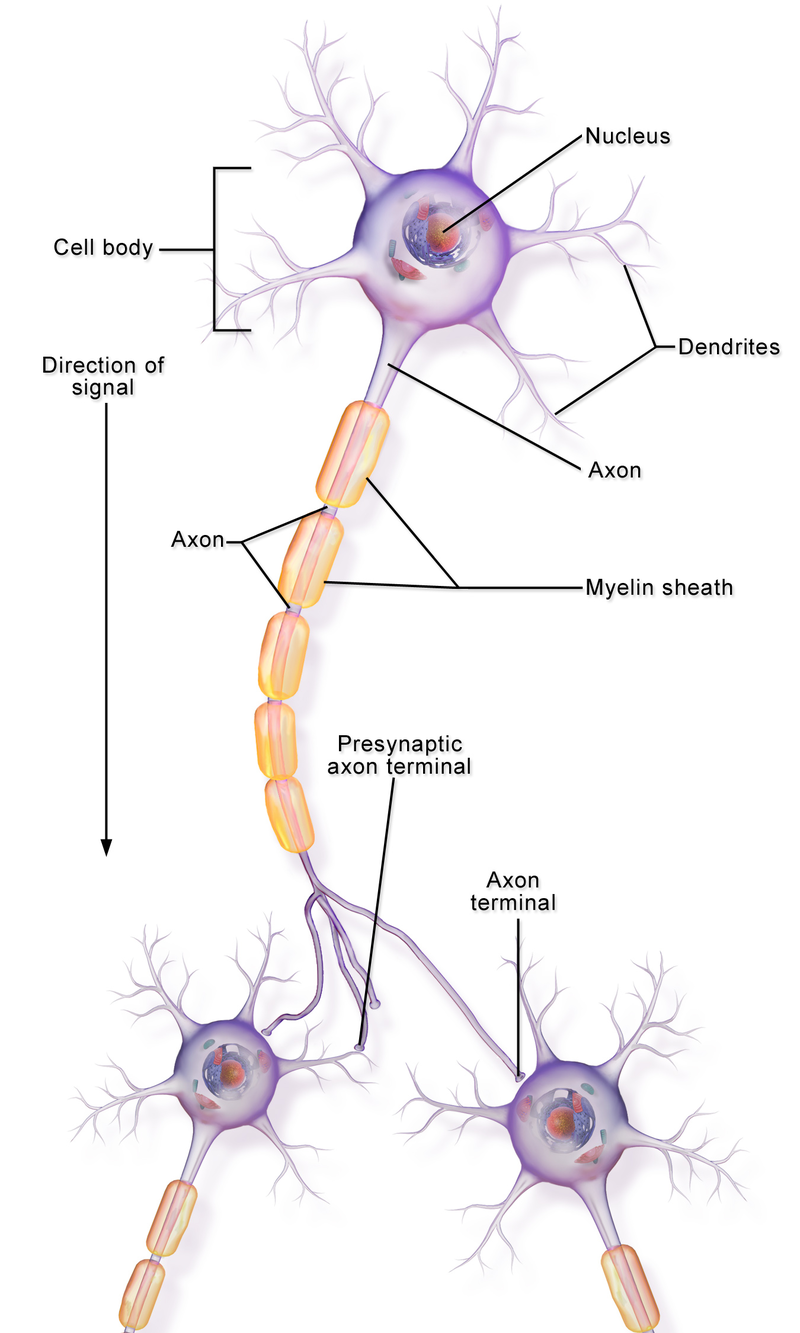 Dendrites possess tapering ends. Since dendrites are short projections, they are not myelinated.

Similarities Between Axon and Dendrite

Difference Between Axon and Dendrite

Axon: Axon is the long thread-like part of a nerve cell which conducts nerve impulses away from the cell body.

Dendrite: Dendrite is the short branched extension of a nerve cell, which transmits nerve impulses to the cell body from synapses.

Axon: A nerve cell has only one axon.

Dendrite: A nerve cell has many dendrites.

Axon: Axons have a uniform diameter.

Axon: Axons are branched at their ends.

Dendrite: Dendrites are branched all along.

Axon: The tips of the terminal branches of the axon are enlarged to form synaptic knobs.

Dendrite: No synaptic knobs occur at the tips of the branches of the dendrites.

Axon: The synaptic knobs of the axons contain vesicles with neurotransmitters.

Dendrite: Dendrites do not have vesicles that contain neurotransmitters.

Axon: Axons can be either myelinated or non-myelinated.

Direction of the Transmission

Axon: Axons carry nerve impulses away from the cell body.

Axon: Axons form the efferent component of the nerve impulse.

Dendrite: Dendrite form the afferent component of the nerve impulse.