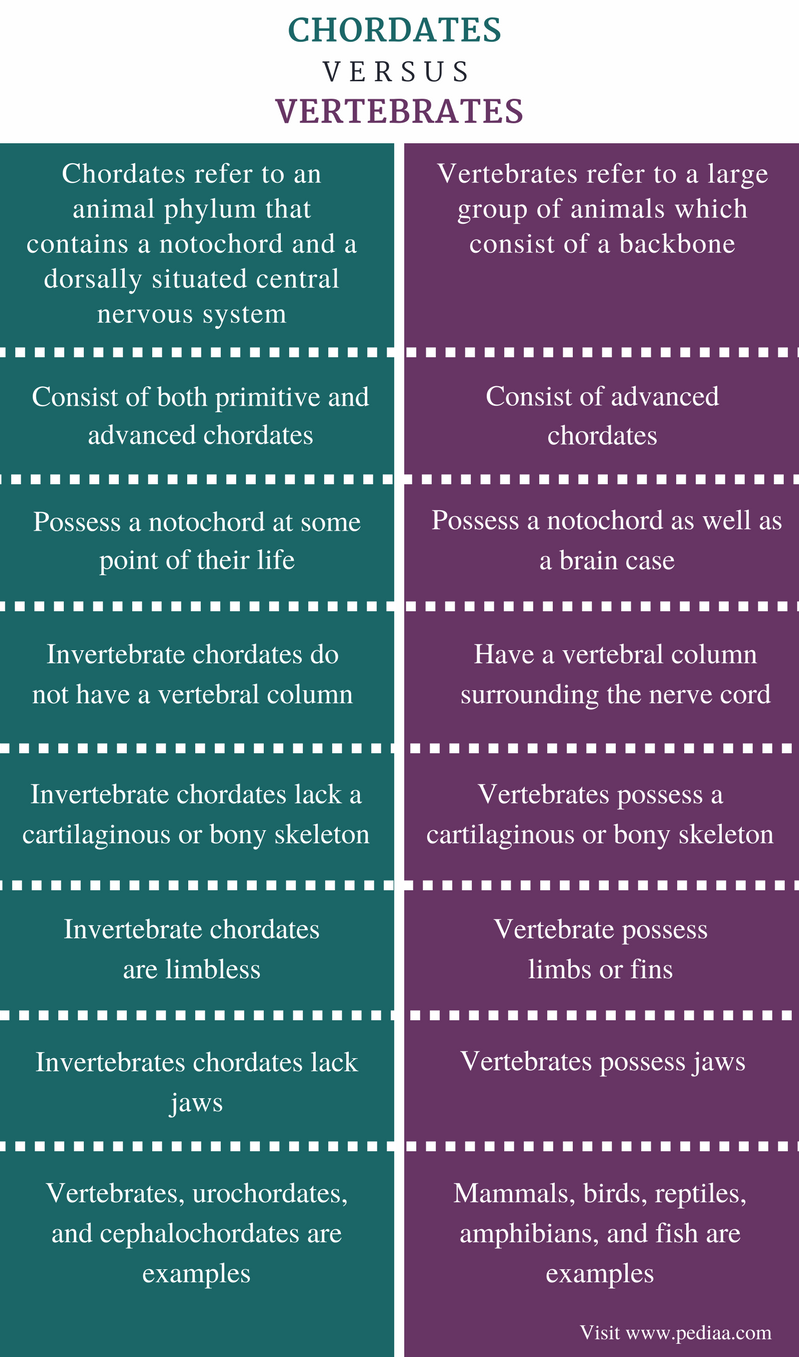 Chordates refer to an animal phylum that contains a notochord, dorsal central nervous system, pharyngeal gill slits, and a post-anal tail. Chordates are classified into three subphyla: Urochordata, Cephalochordata, and Vertebra. Urochordata contains sea squirts and salps that secrete a tunica to the outside of the body. Cephalochordata contains lancelets. Vertebrata contains mammals, birds, reptiles, amphibians, and fish. The diversity of chordates is shown in figure 1. 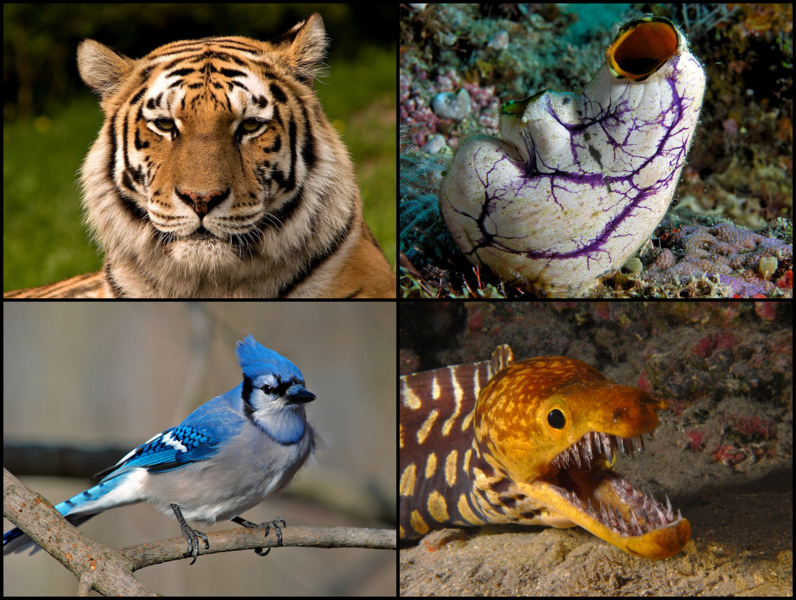 Chordates are deuterostomes with a bilateral body plan. They are also coelomates. The notochord of chordates is a stiff, cartilage rod, which extends along the body. The dorsal nerve tube connects with the peripheral nervous system and acts as the central nervous system. The pharyngeal gill slits occur just behind the mouth. They serve as a filter-feeding system in some chordates. The post-anal tail is a muscular tail and extends behind the anus.

The four classes of vertebrates are Chondrichthyes, Osteichthyes, Amphibia, Reptilia, Aves, and Mammalia.  Chondrichthyes contains marine fish with a cartilaginous endoskeleton.  Osteichthyes contains both freshwater and marine fish with a bony endoskeleton. Amphibians live in both aquatic and terrestrial habitats. Their respiration occurs through the skin. An amphibian is shown in figure 2. 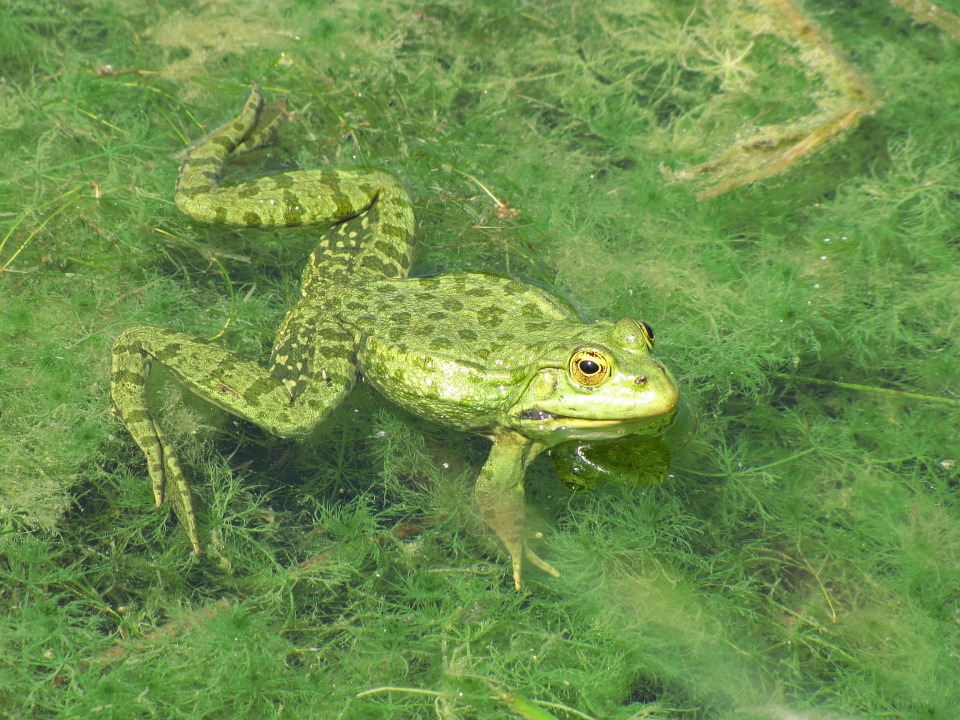 Reptilia contains animals that are more adapted to the terrestrial environments. The reptile body is covered with a dry skin. Aves contains birds with feathers. Most of the birds fly. Wings are a modification of forelimbs. The most characteristic feature of mammals is the production of milk for the nourishment of young members. The skin of mammals is covered with hairs.

Similarities Between Chordates and Vertebrates

Difference Between Chordates and Vertebrates

Chordates: Chordates refer to an animal phylum that contains a notochord and a dorsally situated central nervous system.

Vertebrates: Vertebrates refer to a large group of animals, which consist of a backbone.

Chordates: Chordates consist of both primitive and advanced chordates.

Chordates: Chordates possess a notochord at some point of their life.

Vertebrates: Vertebrates possess a notochord as well as a brain case.

Chordates: Invertebrate chordates do not have a vertebral column.

Vertebrates: Vertebrates have a vertebral column surrounding the nerve cord.

Chordates: Vertebrates, urochordates, and cephalochordates are examples of chordates.