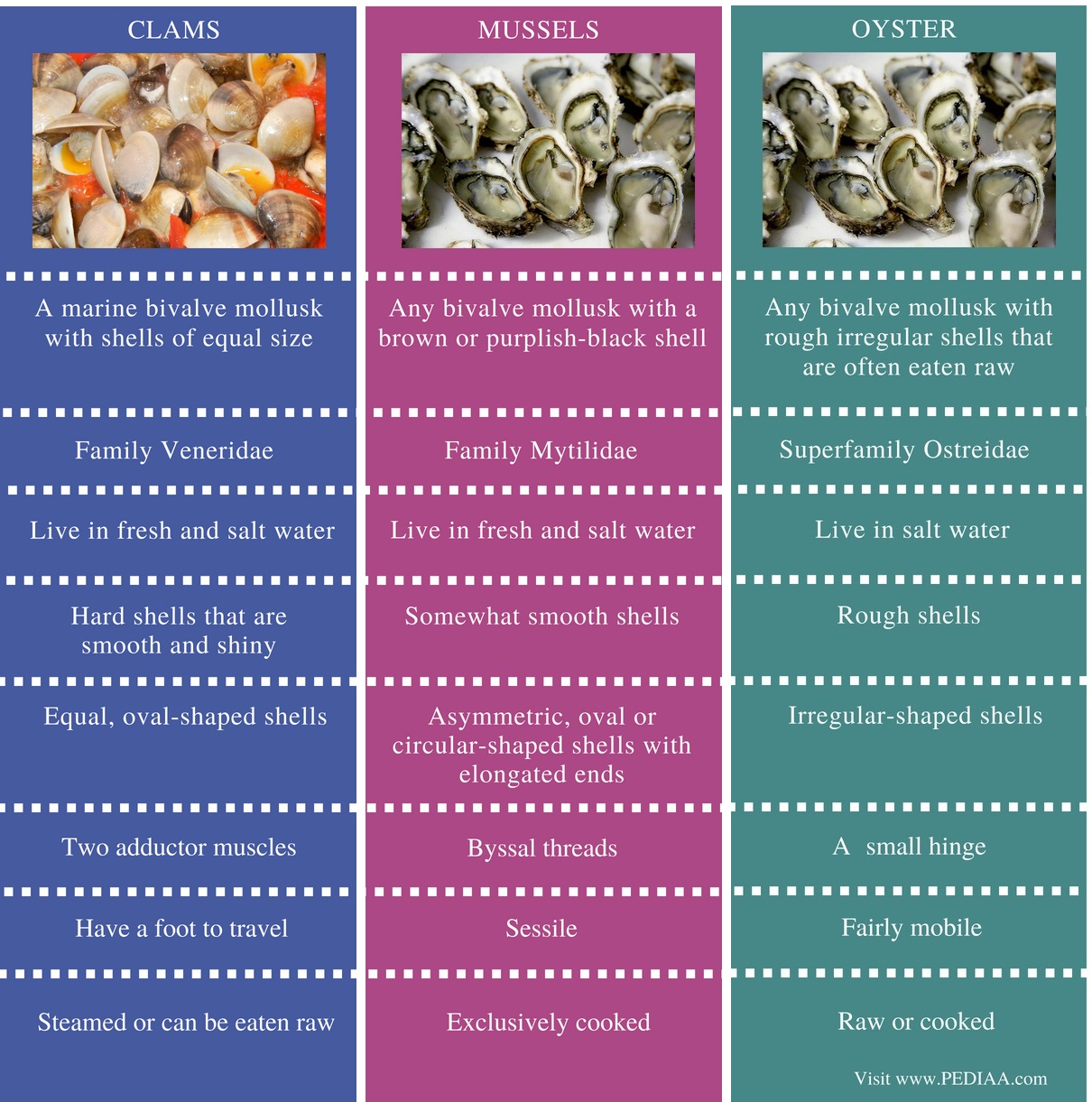 Clams refer to a marine bivalve mollusk with shells of equal size. They spend most of their lives on the ocean floor partially buried in the sand. The two shells of the clams are connected together by two adductor muscles. Clams have a powerful burrowing foot as well. They always hide away in the sediments. 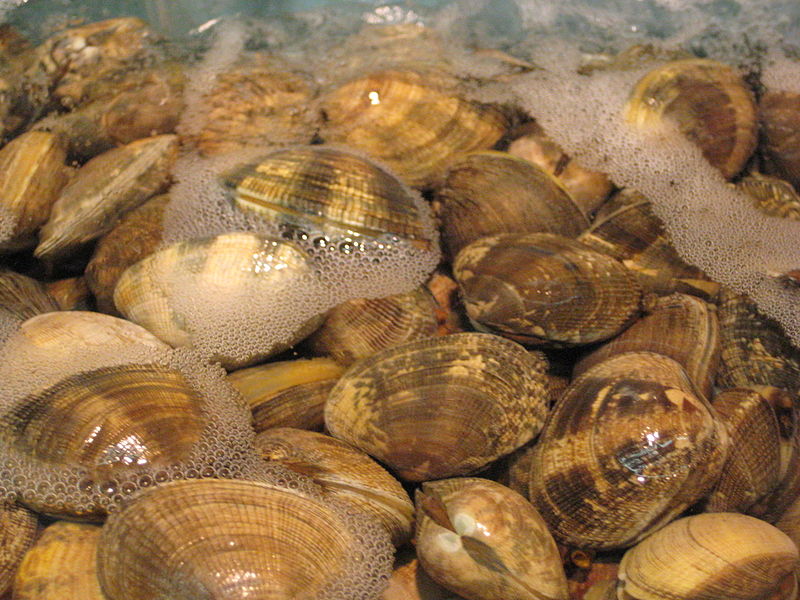 Clams are generally consumed in a dish called clam chowder. Most of the edible clams are oval in shape. However, the razor clams, which are also edible, have an elongated shape. Clams are used as a food in North America, Italy, Japan, and India.

Mussels refer to any of bivalve mollusks with a brown or purplish-black shell. They live in both freshwater and marine water. Most of the edible, marine mussels belong to the family Mytilidae. The shell of the mussels is asymmetric when compared to the shell of the clams. The outline of the shell is elongated. The shell is less oval or circular in shape as well. The color of the shell can be dark blue, brown or black. The inside is silver or grayish. Freshwater mussels species include freshwater pearl mussels. 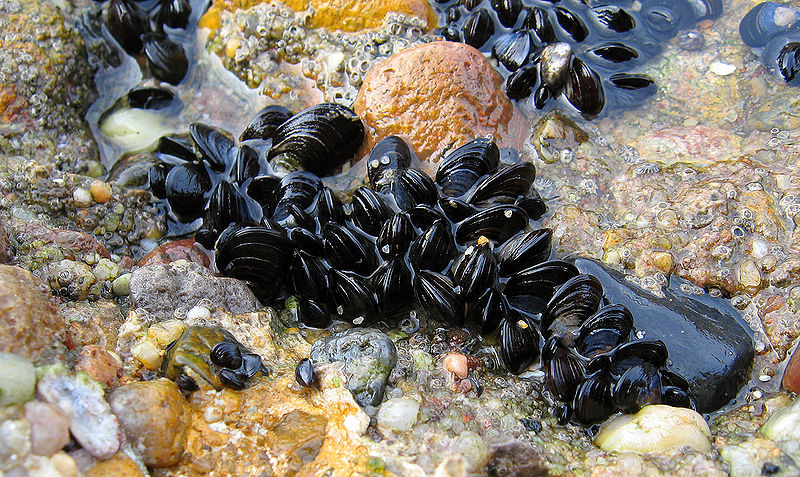 Oysters refer to any of the bivalve mollusks with rough irregular shells that are often eaten raw. They live in marine and brackish habitats. The shell of the oysters is highly calcified and somewhat irregular in shape. The shape of the shell is oblong rather than oval shape. The two shells are connected to each other by a small hinge. Oysters have a special “siphon” in the body, helping to take the water in and filter it. 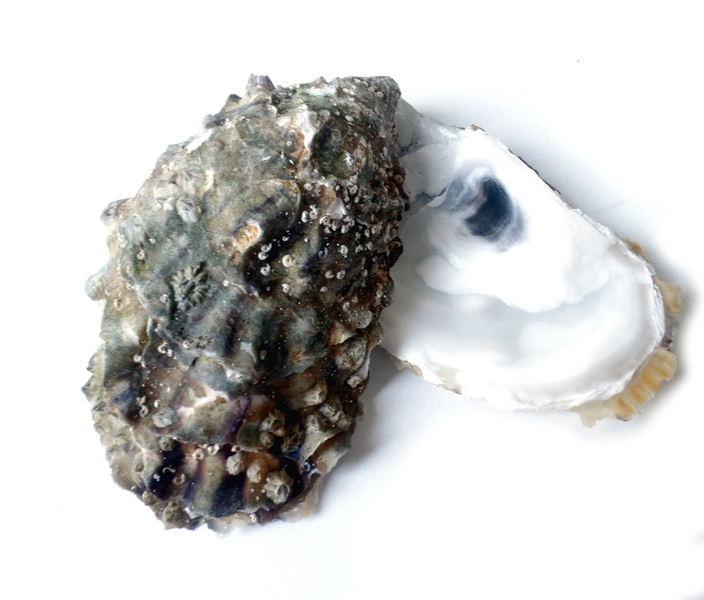 Similarities Between Clams Mussels and Oysters

Difference Between Clams Mussels and Oysters

Clams: A marine bivalve mollusk with shells of equal size

Mussels: Any bivalve mollusk with a brown or purplish-black shell

Oysters: Any bivalve mollusk with rough irregular shells that are often eaten raw

Clams: Hard shells that are smooth and shiny

Two Shells are Connected by

Clams: Have a foot to travel

Clams: Steamed or can be eaten raw