Difference Between Colonialism and Imperialism

1. What is Imperialism?
– Definition, Characteristics, Types

3. What is the difference between Imperialism and Colonialism? 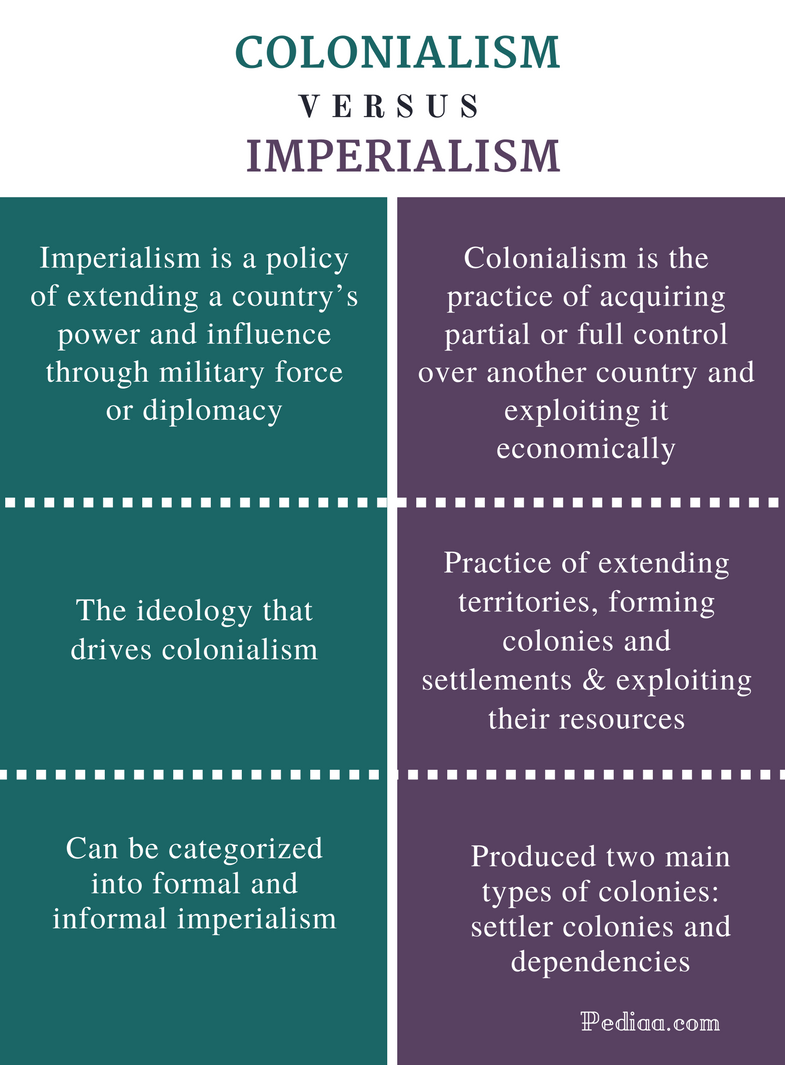 Imperialism is a policy of extending a country’s power and influence through military force or diplomacy. In other words, it refers to the practice by which a country increases its power by gaining control over other areas of the world. The term imperialism is derived from Latin imperium, meaning supreme power.

There is no exact definition of imperialism, and many scholars have put forth different views to explain the concept of imperialism. But it is generally accepted that imperialism occurs when a strong nation takes over a weaker nation and dominates its political, economic, and cultural life. Generally, this term is applied to the political and economic dominance of Africa and Asia by the Western countries in the 19th and 20th centuries. The term imperialism also emphasizes the control one group (a state power) has over another group of people. 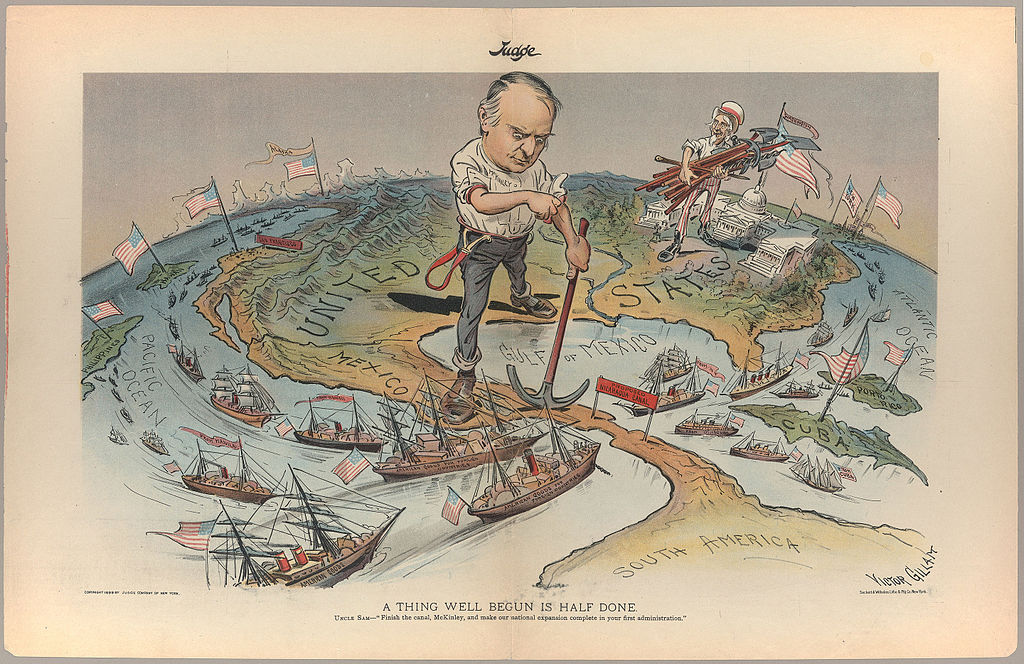 If we take a look at instances of colonialism in the history, several European countries such as the Great Britain, France, Spain, Portuguese, and Netherlands established colonies in Asia, Africa and the Americas during the period from 16th century to mid-20th century.

Settler colonies involve foreign people moving to a new region. This is a large scale immigration, motivated by economic, political or economic reasons. Europeans moving to the Americas, Australia, and New Zealand is an example of settler colonialism. The original residents of these regions are often forced to move to other regions or exterminated.

Dependencies are colonies where a small number of colonizers act as the administrators over the native population. This does not involve large-scale immigration. Egypt, British Raj (where British controlled India), and Dutch East Indies (where Netherlands controlled a part of the East Indies) are examples of dependencies.

Positive impacts of colonialism include,

Difference Between Imperialism and Colonialism

Imperialism is a policy of extending a country’s power and influence through military force or diplomacy.

Colonialism is the practice of acquiring partial or full control over another country and exploiting it economically.

Imperialism is the ideology that drives colonialism.

Colonialism is a practice of extending territories, forming colonies and settlements, and exploiting the resources of them.

Imperialism can be categorized into formal and informal imperialism.

Scholars on the difference between Imperialism and Colonialism

Robert J. C. Young suggests that colonialism is a practice while imperialism is the concept that drives it.