Democracy and constitutional republic are two common forms of government in the modern world. In both these forms of government, the people select the head of the state and other officials under a free electoral system. Moreover, these two systems share many similarities, and many people use these two names interchangeably. 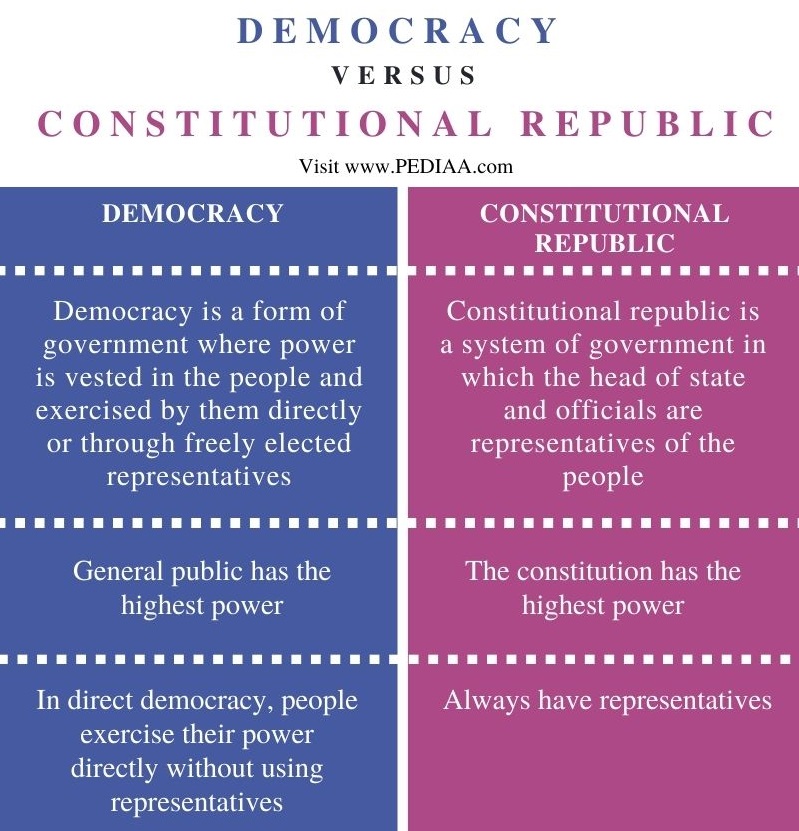 What is a Democracy

Democracy is a form of government where power is vested in the people and exercised by them directly or through freely elected representatives. The word “democracy” comes from the Greek words: “demos” (which refers to people) and “kratia” (which refers to power or authority). Therefore, democracy is a system of government that gives power to the people. The concept of democracy has evolved over the years. Democracy originated as direct democracy, where people can decide on policy initiatives without using legislative representatives as proxies. However, the most common form of democracy today is representative democracy, where people elect officials to create policy and laws on their behalf. 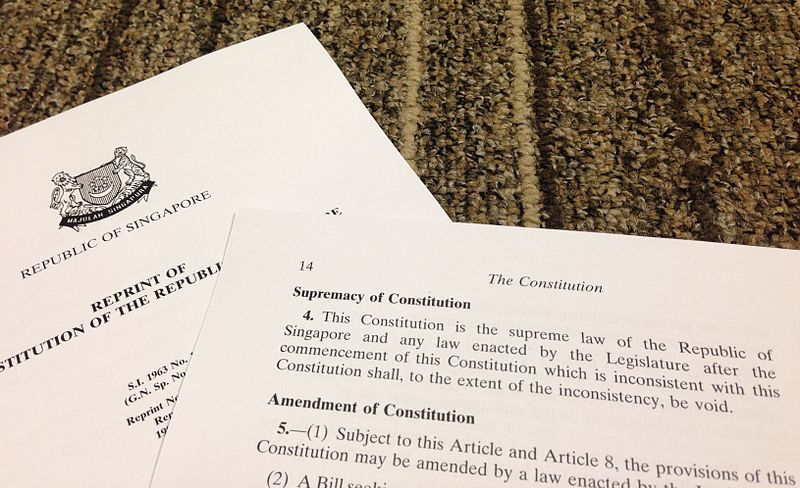 Moreover, freedom of speech and assembly, inclusiveness and equality, consent, right to life, voting, and minority rights are the foundations of democracy. Furthermore, we can observe four main elements in a democracy. They are a political system where the government can be chosen and replaced through free and fair elections, active participation of citizens in politics and civic life, protection of the rights of all citizens, and the rule of law, in which the laws and procedures apply equally to all citizens.

What is a Constitutional Republic 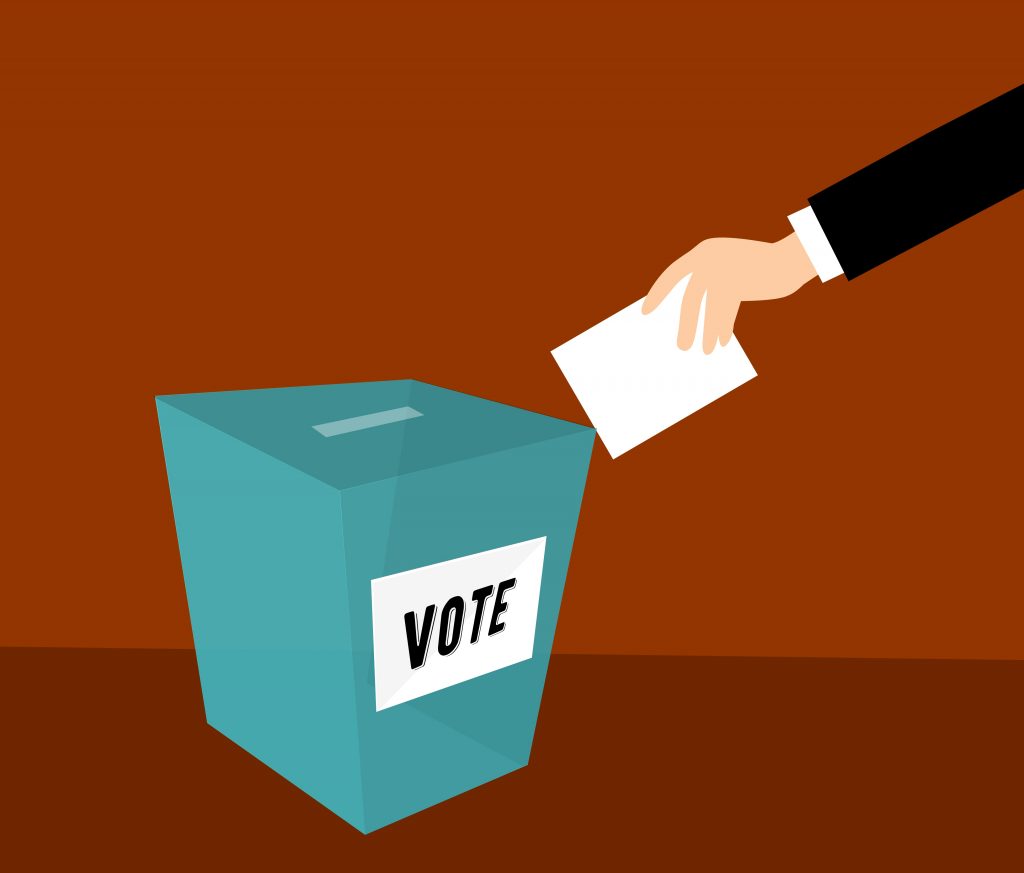 Constitutional republics generally have a separation of powers. This means executive, legislative, and judicial powers are separated into distinct branches. In addition, there is no single officeholder has a claim of unlimited power. The United States of America, India, Republic of Ireland, and Ghana are examples of constitutional republics.

Furthermore, Aristotle was the first to explore this concept in his works on politics. However, in practice, this term is not very clear. In real-world politics, there are republics where the head of state can ignore the constitution. There are also democratic monarchies with unwritten constitutions and where the monarch is not the head of government.

Difference Between Democracy and Constitutional Republic

In a direct democracy, people exercise their power directly without using representatives whereas constitutional republics always have representatives.