Cool and cold are two adjectives that indicate a lower temperature. Although most of us assume that these words have the same meaning, there is a slight difference between cool and cold. 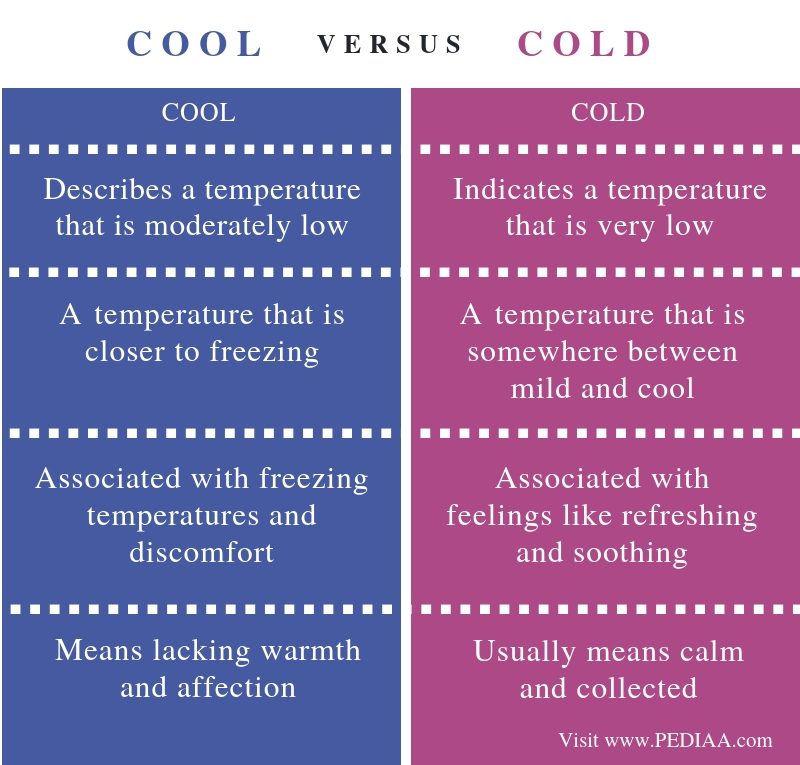 The adjective cool indicates a fairly low temperature. However, this temperature is not usually uncomfortably low; it’s only moderately low. In fact, the Oxford dictionary defines cool as a “soothing or refreshing because of its low temperature”.

How to Use Cool in a Sentence 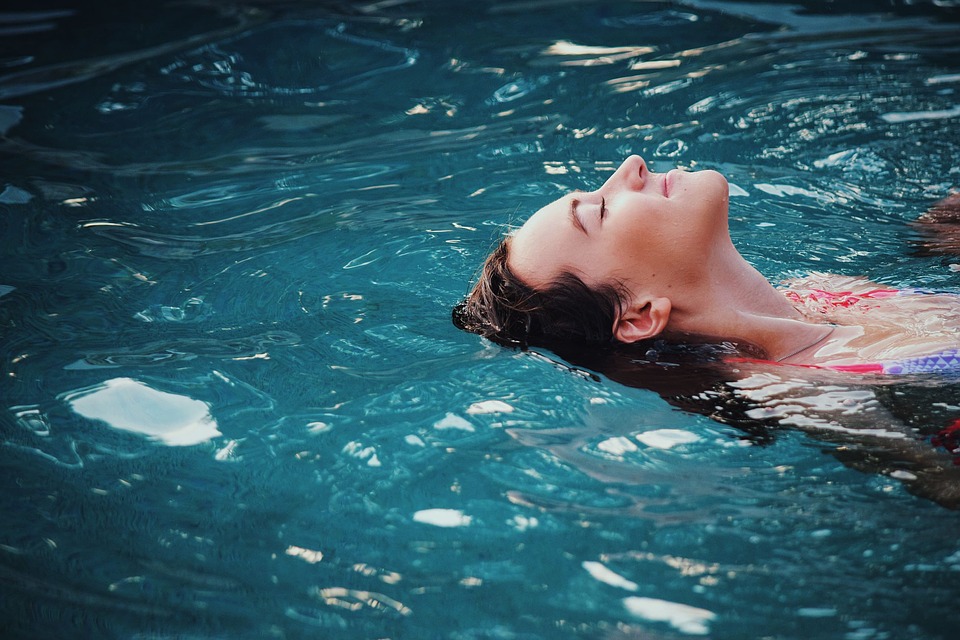 Figure 1: She swam in the refreshingly cool water.

The adjective cool also has some other meanings. Some of these include:

– Lacking friendliness or enthusiasm; showing marked calm and self-control Ex: She was always cool, calm and collected.
– Fashionable or attractive Ex: You look really cool in that dress.

Moreover, we also use the cool in an informal manner to mean ‘great’, or ‘excellent’. 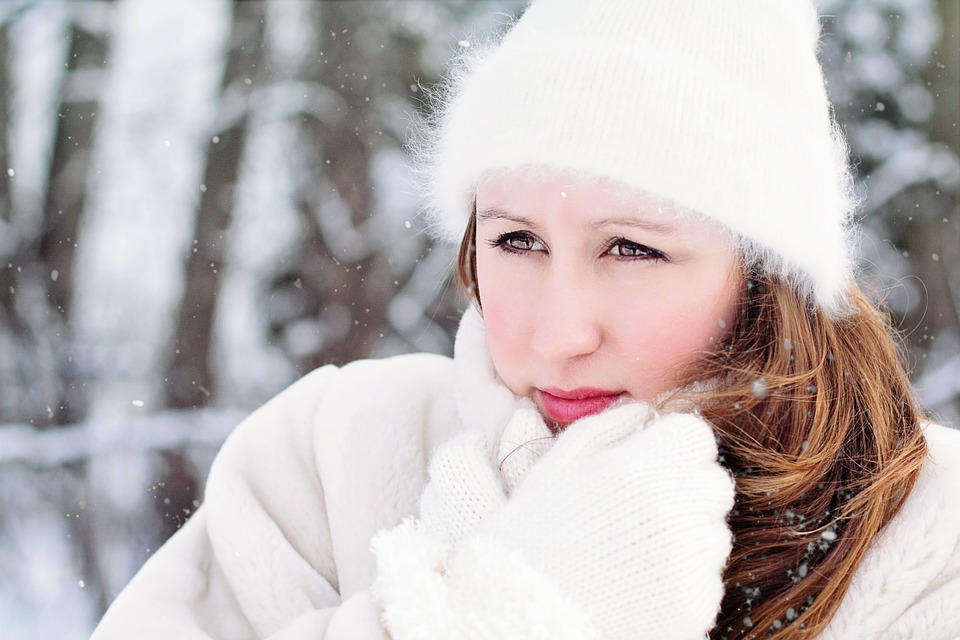 Figure 2: She was shivering with cold

How to Use Cool in a Sentence

Cold can also describe a person’s personality. In this sense, this adjective means unemotional or lacking in warmth and affection.

Difference Between Cool and Cold

Both these adjectives can also describe personalities. In this sense, cold means lacking warmth and affection whereas cool usually means calm and collected.