Cork and bark are two outer components of woody plants. Bark is composed of cork, cork cambium, phelloderm, cortex, and secondary phloem. The main difference between cork and bark is that cork is a tough, insulating cell layer with wax, which protects the stem and root from water loss whereas bark is the outermost layer of the stem and root of the woody plants, which have storage, transport, and protecting functions. 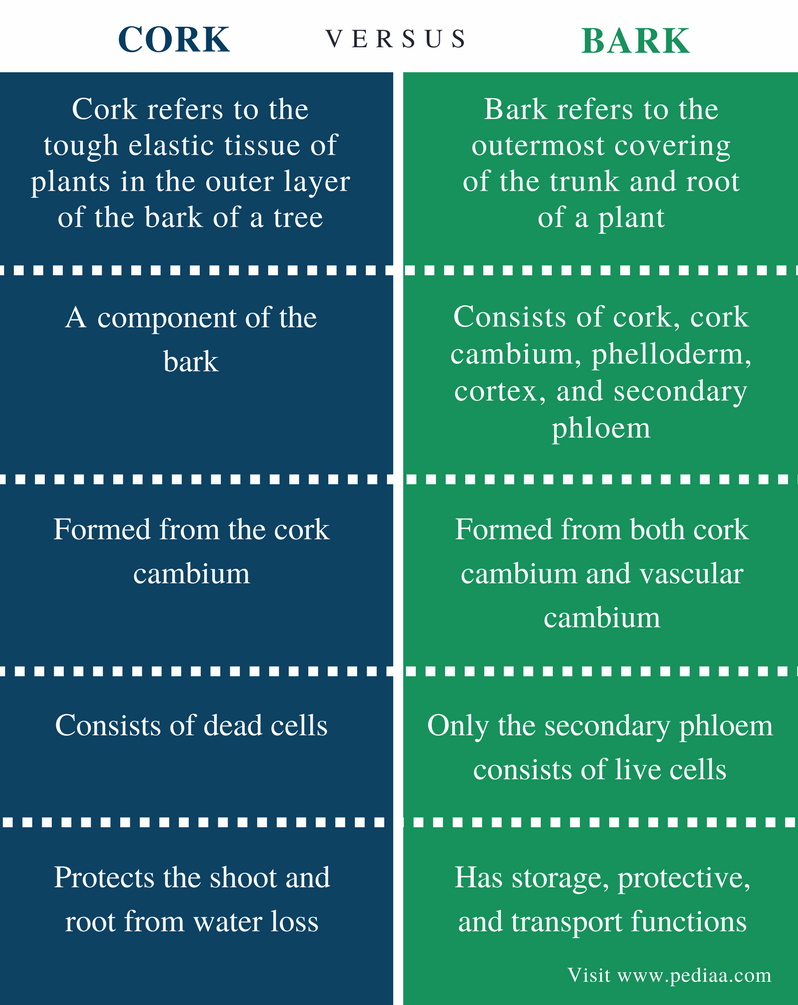 Cork refers to the elastic, tough tissue in the outer layer of the bark of a tree. The cell divisions of the cork cambium result in cork cells, which form the cork. Cork is one of the several layers of the bark. Cork cambium is also called the bark cambium, pericambium, and phellogen. Phellogen produces the periderm. Many layers of cells can be found in the cork. The cells produced on the inside of the cork cambium are called phelloderm whereas the cells produced on the outside of the cork cambium are called the cork cells. Cork cells contain suberin in their cell walls. Suberin, which is a waxy substance, makes the cork cell layer impervious to air and water. It also prevents the invasion of the stem by insects as well as infections by the bacteria and fungi. Therefore, cork serves as a protective layer. A coal oak trunk is shown in figure 1. 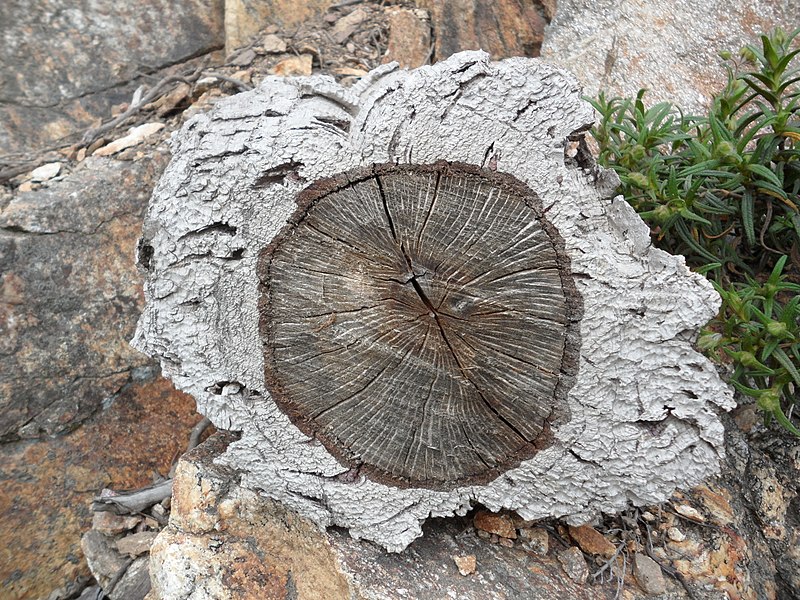 Bark refers to the outermost covering of the trunk and root of a plant. It contains the tissues outside the vascular cambium, covering the wood. The two layers of the bark are inner bark and outer bark. The inner bark consists of living tissues of the innermost areas of the periderm. In older stems, the outer bark consists of dead tissues of the outside of the periderm. The outer bark is also called the rhytidome. A bark of a pine tree is shown in figure 2. 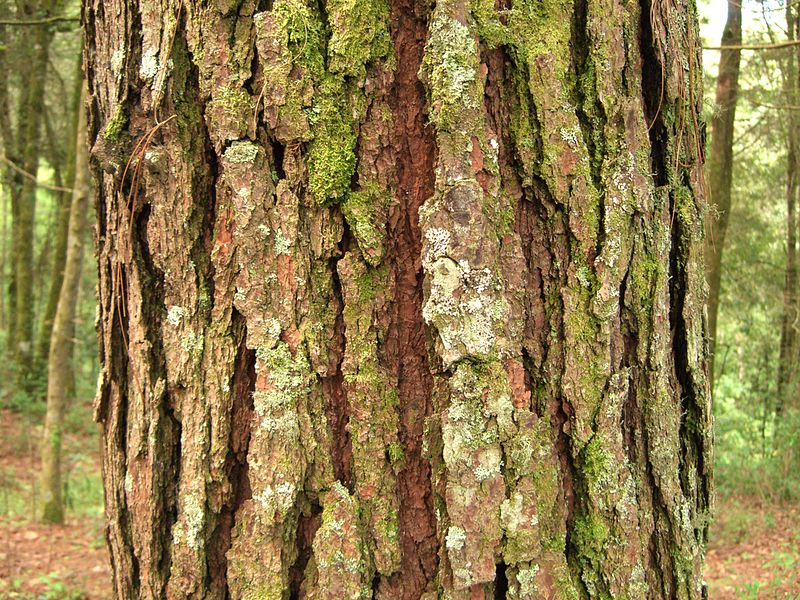 Figure 2: Bark of a Pine Tree

Bark is composed of cork, cork cambium, phelloderm, cortex, and secondary phloem. Cork (phellem) is the outermost tissue of the bark, which is impermeable to water and gases. Cork cambium (phellogen) produces the cork. Phelloderm is the cell layer produced by the cork cambium. Cork, cork cambium, and phelloderm collectively produce the periderm. Cortex is a primary tissue in both stem and root and is located between the non-living epidermal layer and the secondary phloem. Secondary phloem is produced by the vascular cambium. The components of the bark are shown in figure 3.

Figure 3: Components of the Bark

Similarities Between Cork and Bark

Difference Between Cork and Bark

Cork: Cork refers to the tough elastic tissue of plants in the outer layer of the bark of a tree.

Bark: Bark refers to the outermost covering of the trunk and root of a plant.

Cork: Cork is a component of the bark.

Cork: Cork is formed from the cork cambium.

Bark: Bark is formed from both cork cambium and vascular cambium.

Bark: Only the secondary phloem consists of live cells.

Cork: Cork protects the shoot and root from water loss.

Cork and bark are two outer components of woody plants. Bark is composed of cork, cork cambium, phelloderm, cortex, and the secondary phloem. Therefore, cork is a component of the bark. The main difference between cork and bark is their structure and function. Cork serves as a protective barrier whereas bark has other functions such as storage and transport.