The main difference between CPU and ALU is that the CPU is an electronic circuit that handles instructions to operate the computer while the ALU is a subsystem of the CPU that performs arithmetic and logical operations.

The most essential component of a computer is the CPU. It carries out instructions to ensure the proper functioning of the computer.  CPU is also known as the processor. ALU and CU are major subcomponents of the CPU. ALU performs arithmetic and logical operations while the CU sends timing and control signals to the other units and manages the resources. CPU depends on system clock, memory, data bus and addresses bus to function properly. In brief, CPU is the central unit of the computer while ALU is a subpart of the CPU. 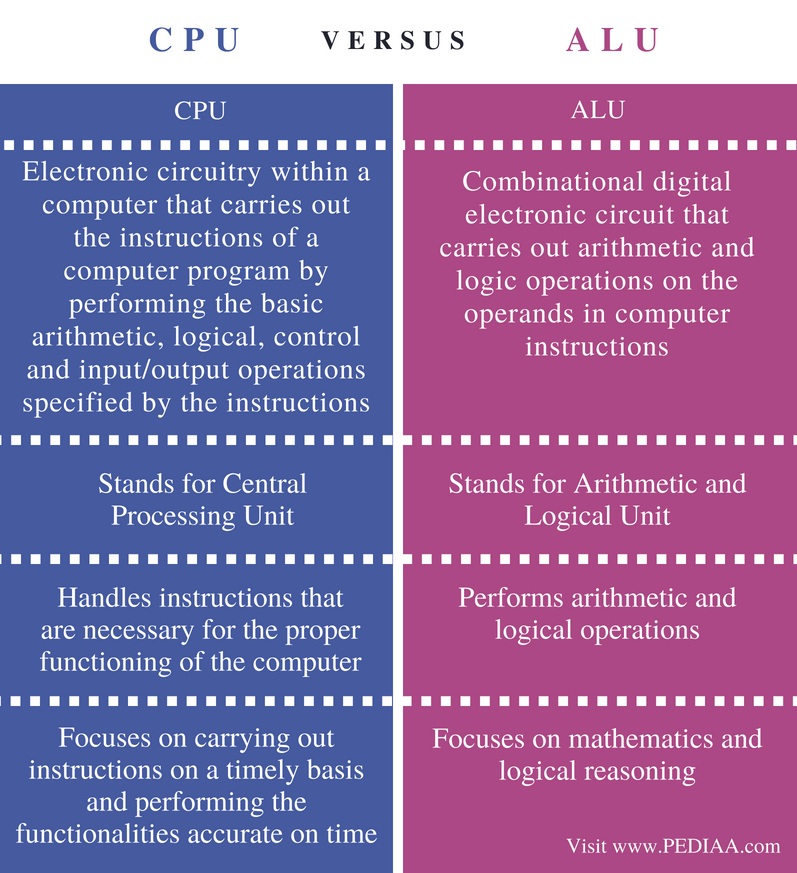 CPU is the unit in a computer that handles all the functionalities of the computer. It consists of two major components: Arithmetic and Logic Unit (ALU) and the Control Unit(CU). The Arithmetic Unit performs the calculations and logical operations. The CU regulates and synchronizes the tasks of the computer. 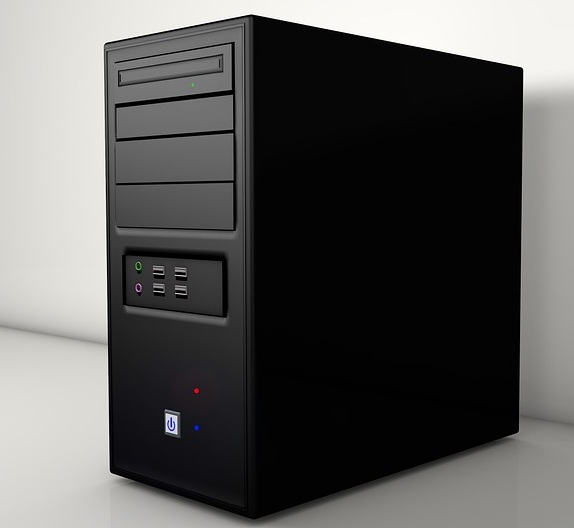 Firstly, the CPU fetches the instructions from memory. Then it decodes those instructions to find out the operands and opcode. Finally, that instruction gets executed. The processing unit that performs the actual execution is called the core. Some CPUs consist of multiple cores in a single CPU to execute more instructions simultaneously. A CPU can process a 32bit or 64bit instructions depending on computer architecture. Modern computer systems have multiple CPUs speed up the overall computation speed.

The operation of a simple addition of two integers using the ALU is as follows.  The ALU receives two integer operands. The opcode is the operation performed on operands.  In a mathematical expression “4+3”, 4 and 3 are the operands and the + or the addition is the opcode.  The status register requires information about the previous or the current operation of the ALU. Therefore, there are incoming and outgoing status signals to the ALU. Finally, the ALU will output the result 7.

Relationship Between CPU and ALU

Difference Between CPU and ALU

The CPU handles instructions that are necessary for the proper functioning of the computer. On the other hand, ALU performs arithmetic and logical operations.

CPU focuses on carrying out instructions on a timely basis and performing the functionalities accurate on time.  The ALU focuses on mathematics and logical reasoning.

The difference between CPU and ALU is that the CPU is an electronic circuit that handles instructions to operate the computer while the ALU is a subsystem of the CPU that performs arithmetic and logical operations. In brief, ALU is a subpart of the CPU.