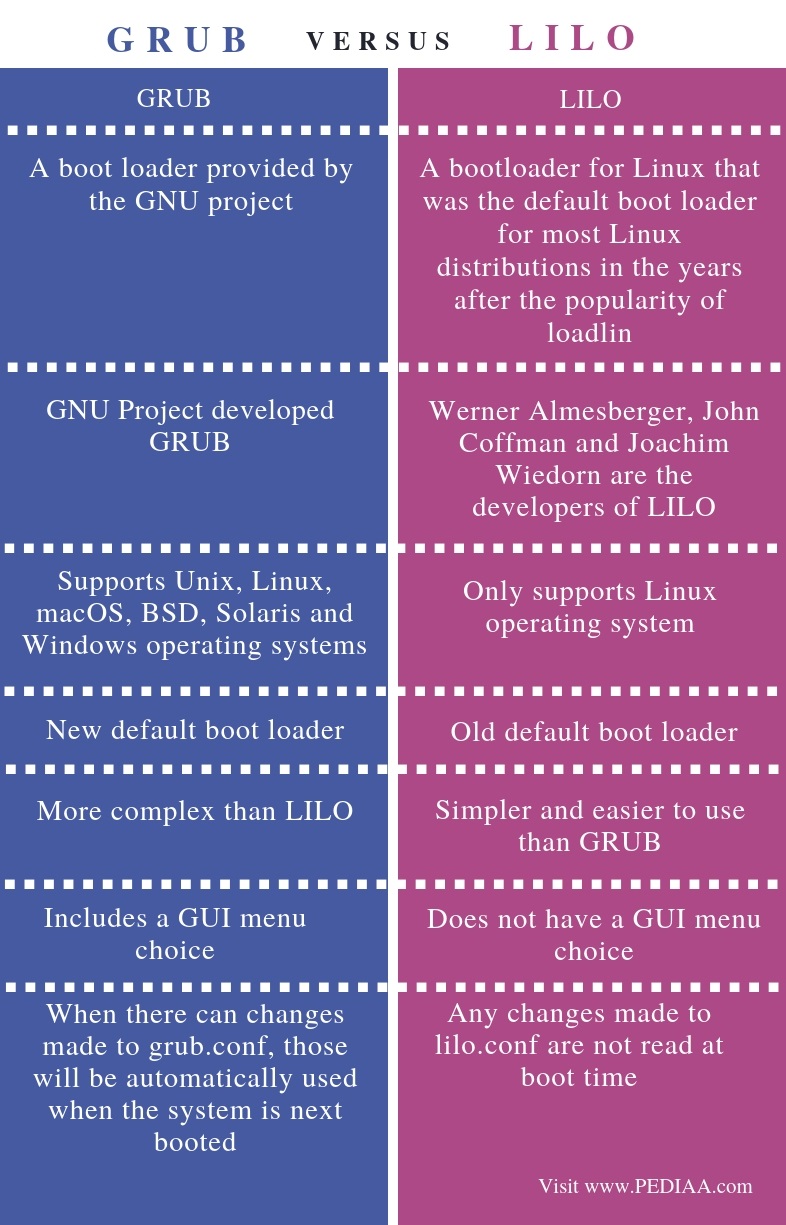 GRUB is a boot loader package from the GNU Project. It is a reference implementation of the Free Software Foundation’s Multi-boot Specification. Initially, GRUB was developed using a package called the Grand Unified Bootloader. Furthermore, the developer of GRUB is the GNU project. 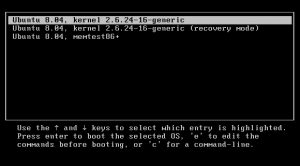 Difference Between GRUB and LILO

GRUB is a boot loader provided by the GNU project. In contrast, LILO is a bootloader for Linux that was the default boot loader for most Linux distributions in the years after the popularity of loadlin.

Moreover, GRUB supports Unix, Linux, macOS, BSD, Solaris and Windows operating systems, while LILO only supports the Linux operating system. Thus, this is the main difference between GRUB and LILO.

Besides, one other difference between GRUB and LILO is that LILO is simpler and easier to use than GRUB.

Furthermore, when there are changes made to grub.conf, those will be automatically used when the system is next booted while any changes made to lilo.conf are not read at boot time.