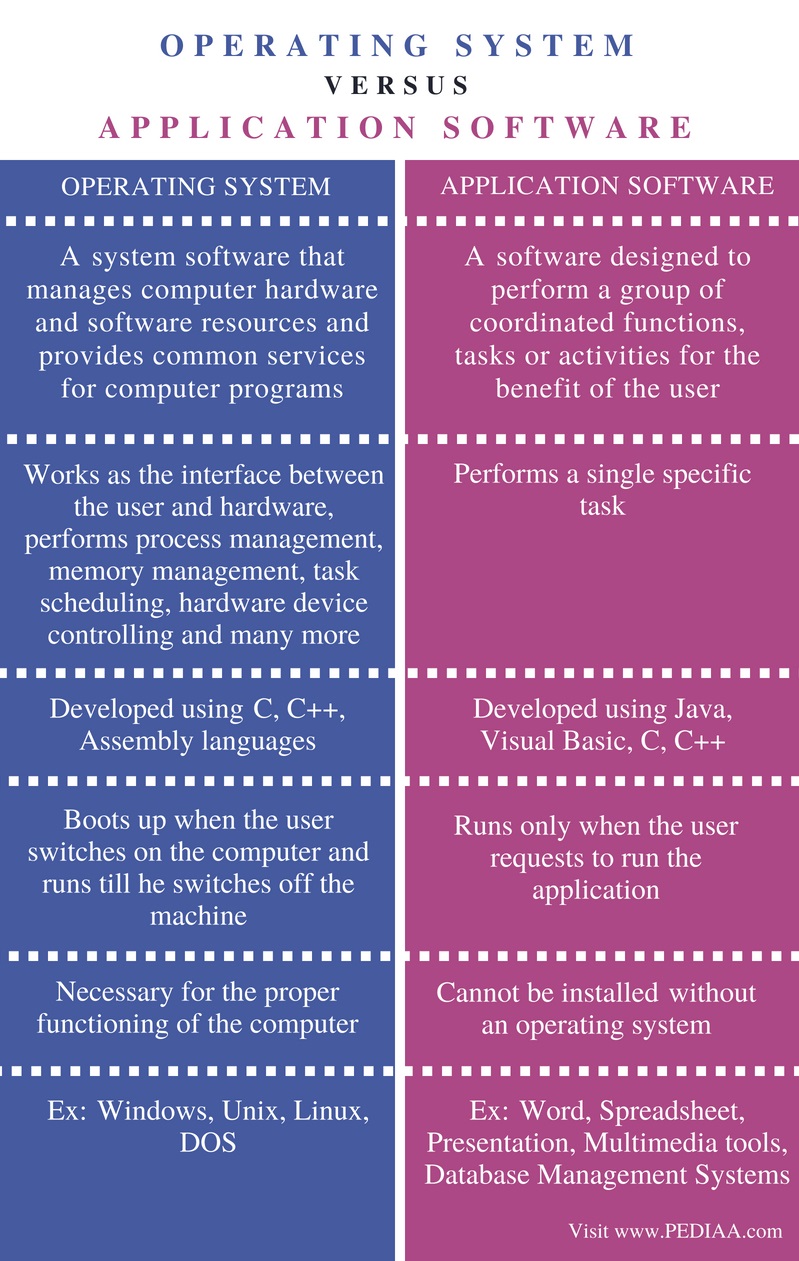 What is an Operating System 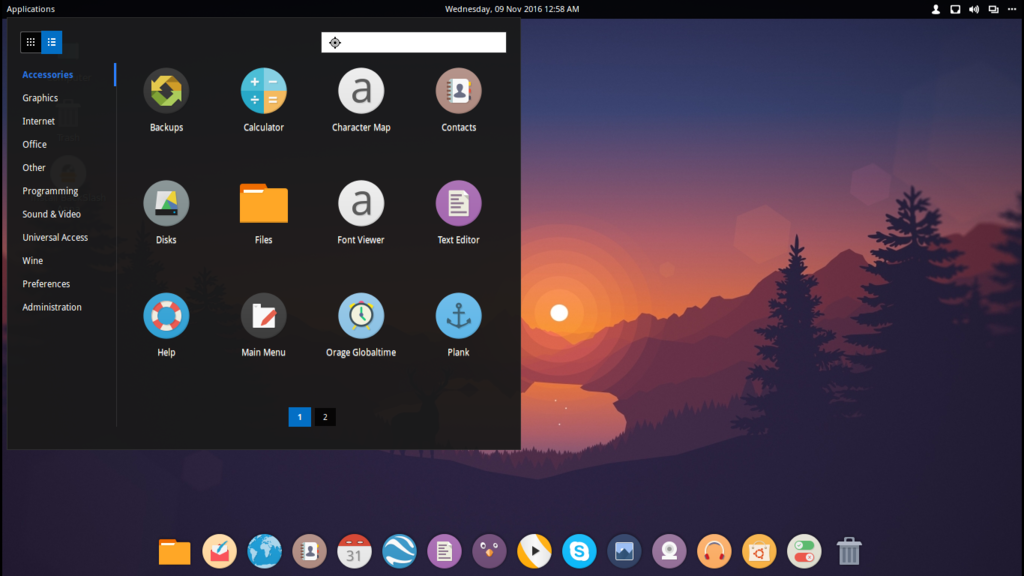 An operating system performs a variety of tasks. It handles file and directory creation and deletion. It manages process creation, deletion, suspension and synchronization. It also allocates and deallocates memory space. Another key point is that the operating system manages and controls hardware devices. Furthermore, it prevents the system from unauthorized access and secures the data and resources. Overall, an operating system is one of the most vital components of the computer.

What is Application Software

An operating System is a system software that manages computer hardware and software resources and provides common services for computer programs. Application software is a software designed to perform a group of coordinated functions, tasks or activities for the benefit of the user.

The operating system works as the interface between the user and hardware. It also performs process management, memory management, task scheduling, hardware device controlling and many more. In contrast, an application software performs a single specific task.

Operating system boots up when the user power on the computer and runs till he switches off the machine. On the other hand, Application software runs only when the user requests to run the application.