The main difference between DOS and Windows is that the DOS (Disk Operating System) is an operating system that provides a command line or a text-based interface while the Windows provides a Graphical User Interface.

An operating system is the most essential component in a computer system. It is the interface between user and hardware. It performs a variety of tasks including file handling, memory allocation and de allocation, task scheduling and process management. Furthermore, it manages all the components and devices. It also provides security to the data and the system resources. DOS and Windows are operating systems. DOS is free while Windows is expensive. DOS manage disk files, allocate system resource and control hardware. On the other hand, Windows provide more features and is more user-friendly than DOS. 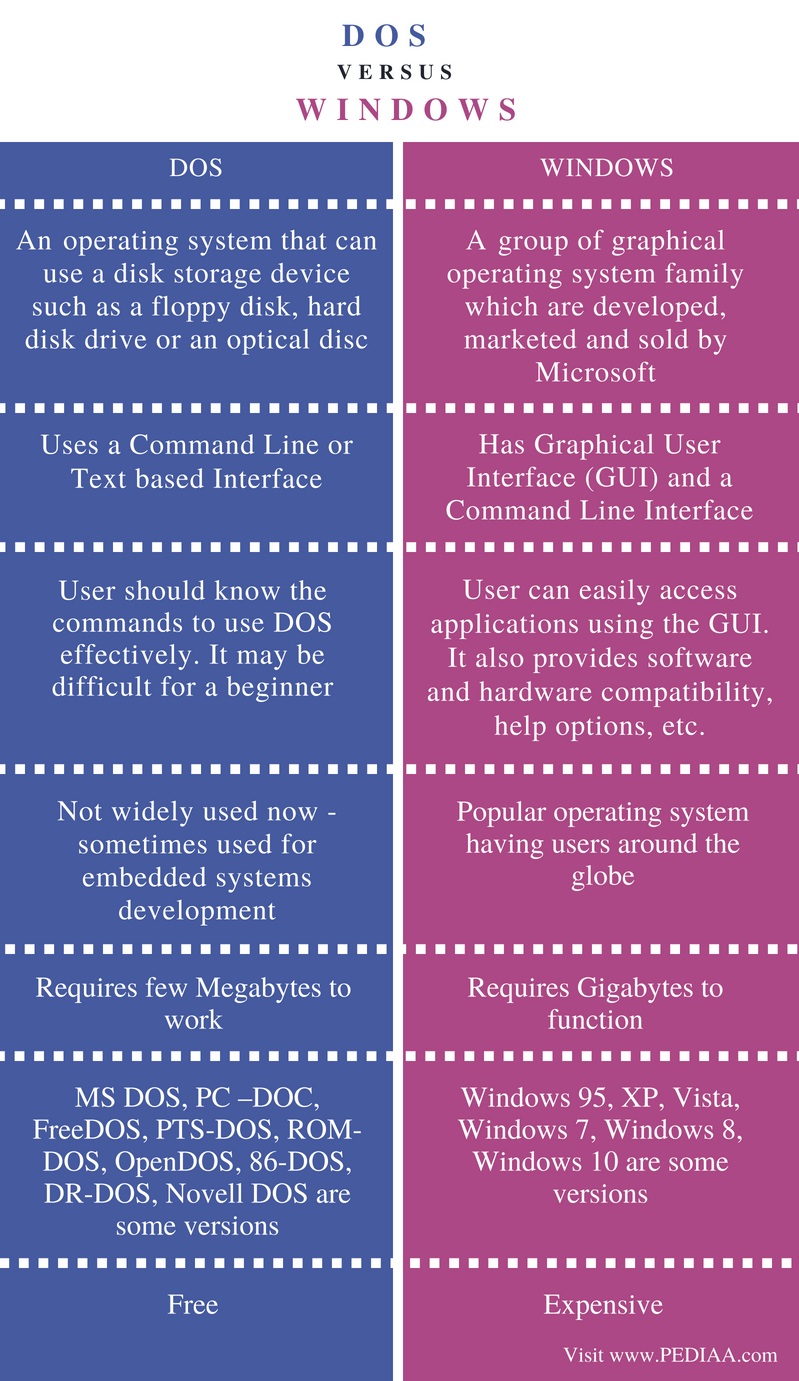 DOS stands for Disk Operating System. It provides a file system for organizing, reading and writing files to the storage disk. It is mainly a single user Operating System. DOS systems follow various activities for the proper functioning of the system. It performs file management, enabling loading and executing programs, allocating resources and controlling hardware devices. 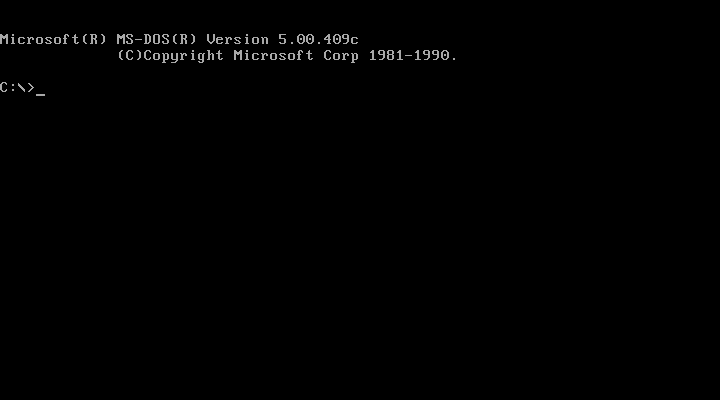 DOS does not provide a Graphical User Interface. It has a command line interface. When the user types the commands in the command line, it interprets those commands to perform the required task. Some common commands are ERASE, DEL, PRINT, and COPY.

The other type of DOS commands is called external commands. They are not used frequently. These commands are loaded to the memory only when required. COMP and SYS are two examples for external commands. COMP compares a two set of files and SYS is used to create a bootable drive.

Windows is an operating system designed and developed by Microsoft Cooperation. Today, it is one of the most popular operating systems in the world. The reason for Windows popularity is its Graphical User Interface. It allows users to access applications easily. There are several Microsoft Windows versions. Windows 95, XP, Vista, Windows 7, Windows 8, Windows 10 are some of them.

Windows Operating system provides multiple features. The user can easily create folders and arrange files accordingly. He can use the start button to find the programs installed in the system. Furthermore, he can use the start button to go to the control panel and to access help and support. It is also possible to customize the desktop with various themes. He can add backgrounds, colors and add screensavers.

Difference Between Dos and Windows

DOS is an operating system that can use a disk storage device such as a floppy disk, hard disk drive or an optical disc. Windows is a group of graphical operating system family which are developed, marketed and sold by Microsoft.

The user should know the commands to use DOS effectively. It may be difficult for a beginner. On the other hand, in Windows, the user can easily access applications using the GUI. It also provides software and hardware compatibility, help options, etc.

The DOS systems are not widely used now. It was popular between 1980 to 1995. However, sometimes DOS is used for embedded systems development. Windows is a popular operating system. It has users around the globe.

The DOS is free while Windows is expensive.