The main difference between crayfish and lobster is that the crayfish lives in freshwater including rivers, streams, lakes, and ponds whereas the lobster lives in saltwater including oceans and the sea. Furthermore, crayfish are generally small while lobsters are comparatively large.

Crayfish and lobster are two types of crustaceans that belong to the order Decapoda. They are famous due to their divine taste as seafood. 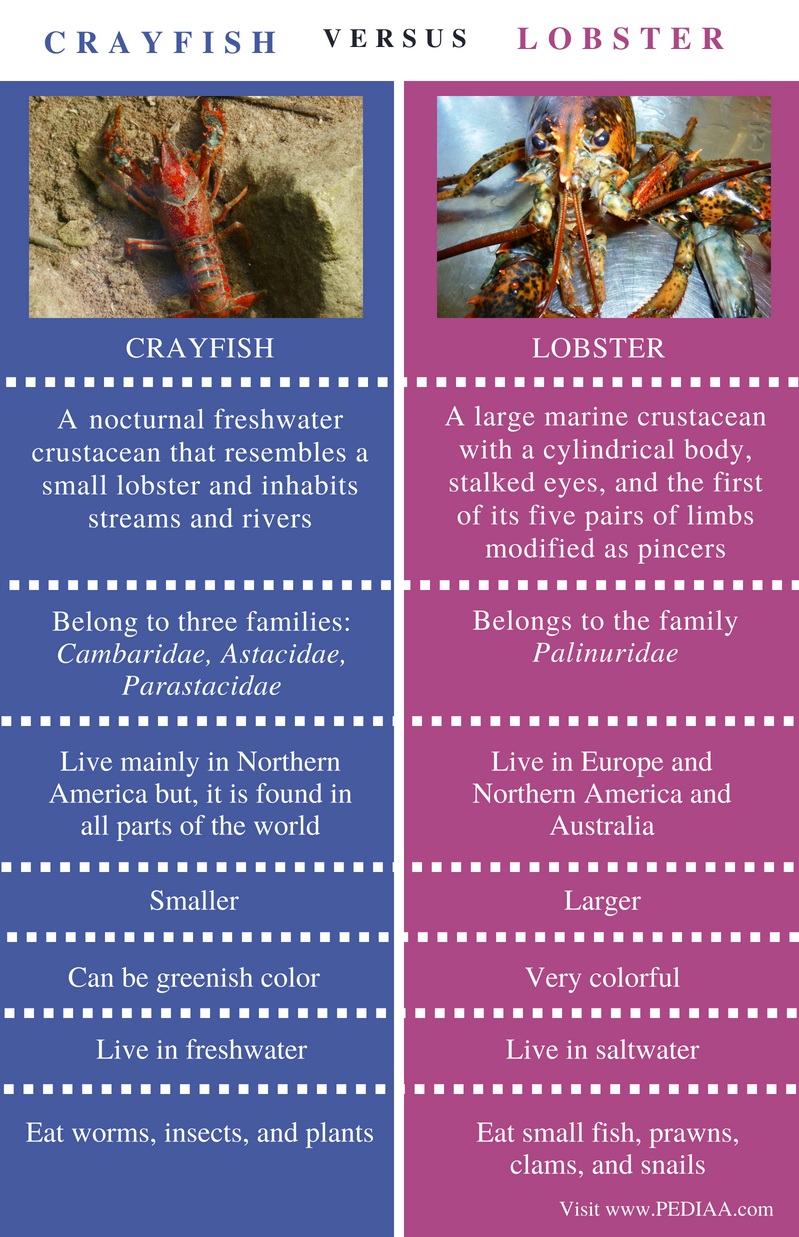 Crayfish is a freshwater decapod with large, edible, front claws. It is much smaller than their saltwater relatives, the lobsters. A crayfish can grow up to 2-6 inches long. It lives in rivers, dams, or lakes, eating whatever they find on the muddy bottom. The largest freshwater invertebrate in the world is the Tasmanian giant freshwater crayfish (Astacopsis gouldi) that lives in Australia. Apart from that, the most common crayfish in Australia is the Yabby. Murray is another one of the large species of crayfish. 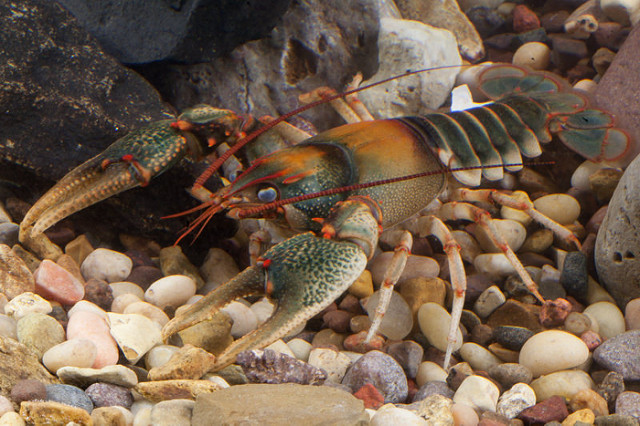 Crayfish can tolerate wide ranges of salinity and water temperatures. They can even be alive when their water sources have been completely dried up. However, they are very intolerant to pollution.

Lobster is a saltwater decapod with similar front claws. The most common variety in Europe is the European or Breton lobster (H. gammarus) that is blue in color while the American lobster (H. americanus) found in Northern America is brown or green in color. Australian relations of the lobsters are the rock lobsters and this variety has much smaller front claws. Sometimes, rock lobsters are called spiny lobsters. In the USA, rock lobsters are known as crayfish. Thus, lobsters with these large claws are called ‘true lobsters’. The most colorful lobsters are the reef lobsters that live in the rocky,coral reefs in the warmer parts of the Atlantic Ocean, Caribbean Sea, and Indo-Pacific Ocean. They are red, orange or purple in color and have rings, spots or strips. 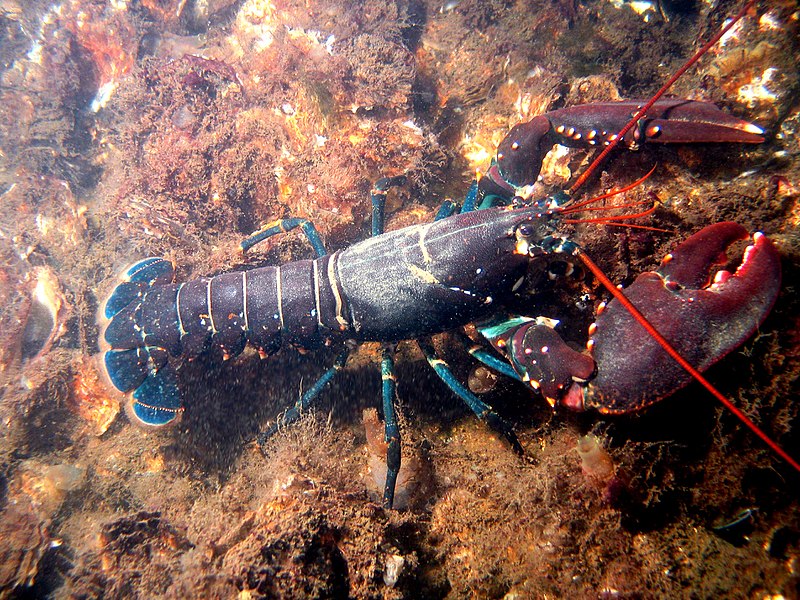 Generally, lobsters are larger than crayfish and can grow up to more than 20 inches. However, when lobsters are harvested for food, they are at least eight inches long. Lobsters prefer small ocean animals and sometimes, they become scavengers. The flavor and the texture of squat lobster are similar to that of shrimps. Unless otherwise, both the taste and the texture of crayfish and lobster is equal.

Similarities Between Crayfish and Lobster

Difference Between Crayfish and Lobster

Crayfish refers to a nocturnal freshwater crustacean that resembles a small lobster and inhabits streams and rivers while lobster refers to a large marine crustacean with a cylindrical body, stalked eyes, and the first of its five pairs of limbs modified as pincers.

The crayfish belong to three families: Cambaridae, Astacidae, Parastacidae while lobster belongs to the family Palinuridae.

Furthermore, the crayfish live in freshwater while lobsters live in saltwater.

The crayfish is smaller while the lobster is comparatively large.

Also, the crayfish can be greenish color while lobsters are very colorful.