Scavenger and decomposer are two types of organisms that are responsible for the recycling of organic matter. The main difference between scavenger and decomposer is that scavenger consumes dead plants, animals or carrion to break down the organic materials into small particles whereas decomposer consumes the small particles produced by the scavengers. Scavengers can be animals such as birds, crabs, insects, and worms. They can be also called as detritivores. Decomposers are manly fungi. Earthworms and bacteria are also decomposers. The biological term for decomposers is saprotrophs. Both these types of organisms recycle nutrients in the ecosystems. 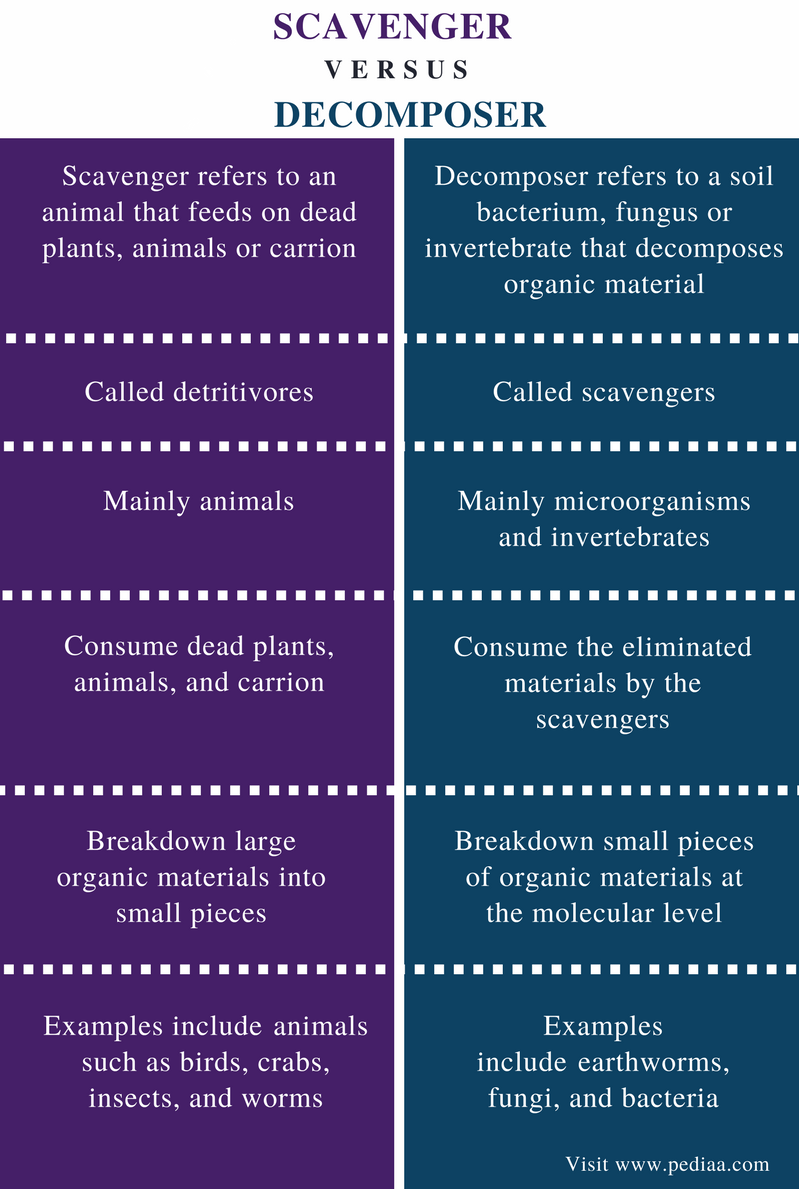 What is a Scavenger

Scavenger is an animal that feeds on dead plants, animals or carrion. It can be also called a detritivore since a scavenger relies on the waste materials. The major role of scavengers in an ecosystem is to keep the ecosystem free of dead bodies. Most scavengers are carnivores, who feed on dead animals. But, scavengers do not hunt and kill prey. Scavengers and other carnivores belong to the third trophic level of a food web. Some birds such as vultures and crow are also scavengers. Hyenas, coyotes, and polar bears are mammal scavengers. Crabs consume dead fish and shrimps. Insects such as dung beetle, red weaver ants, and flesh fly are the examples of scavengers as well. A flesh fly is shown in figure 1. 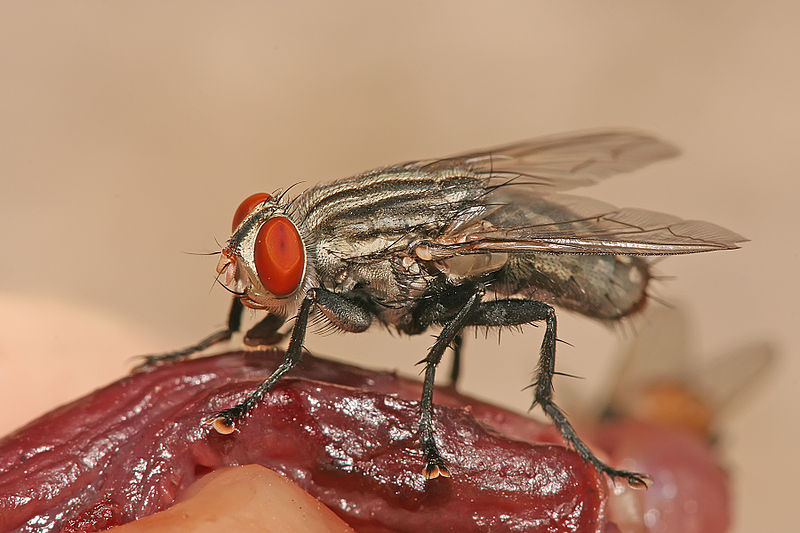 What is a Decomposer

Decomposer is a soil bacterium, fungus or invertebrate that decomposes organic material. It can be also called a saprotroph, which recycles dead plants and animals into nutrients. Decomposers use eliminated materials or feces of scavengers as well. The main function of decomposers is to release nutrients back into the ecosystem from dead matter. Fungi are the major type of decomposers that grow on organic matter. They secrete digestive enzymes to the dead organic matter and digest it extracellularly. The small nutrients are absorbed by fungi through their cell wall. The digested nutrients are also available for the plant growth. Fungi on a decaying tree trunk are shown in figure 2. 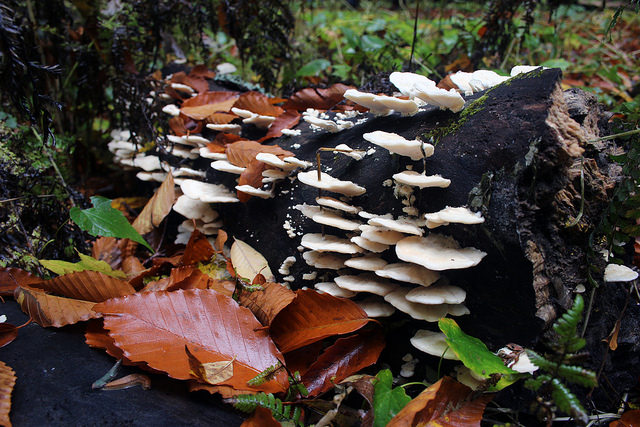 Most soil bacteria also serve as decomposers. They are involved in many nutrient cycles in ecosystems such as nitrogen cycle, carbon cycle, and phosphorus cycle. Bacteria release minor nutrients to the soil. Earthworms also consume dead plants and animals. They also consume soil and make it into tiny pebbles. Worm castings are rich in nutrients.

Similarities Between Scavenger and Decomposer

Difference Between Scavenger and Decomposer

Scavenger: Scavenger refers to an animal that feeds on dead plants, animals or carrion.

Scavenger: Scavengers can be called detritivores.

Decomposer: Decomposers can be called scavengers.

Decomposer: Decomposers consume the eliminated materials by the scavengers.

Scavenger: Scavengers are animals such as birds, crabs, insects, and worms.

1. “Decomposers” by USFWSmidwest (CC BY 2.0) via Flickr
2. “Sarcophaga nodosa” By Muhammad Mahdi Karim – Own work (GFDL 1.2) via Commons Wikimedia