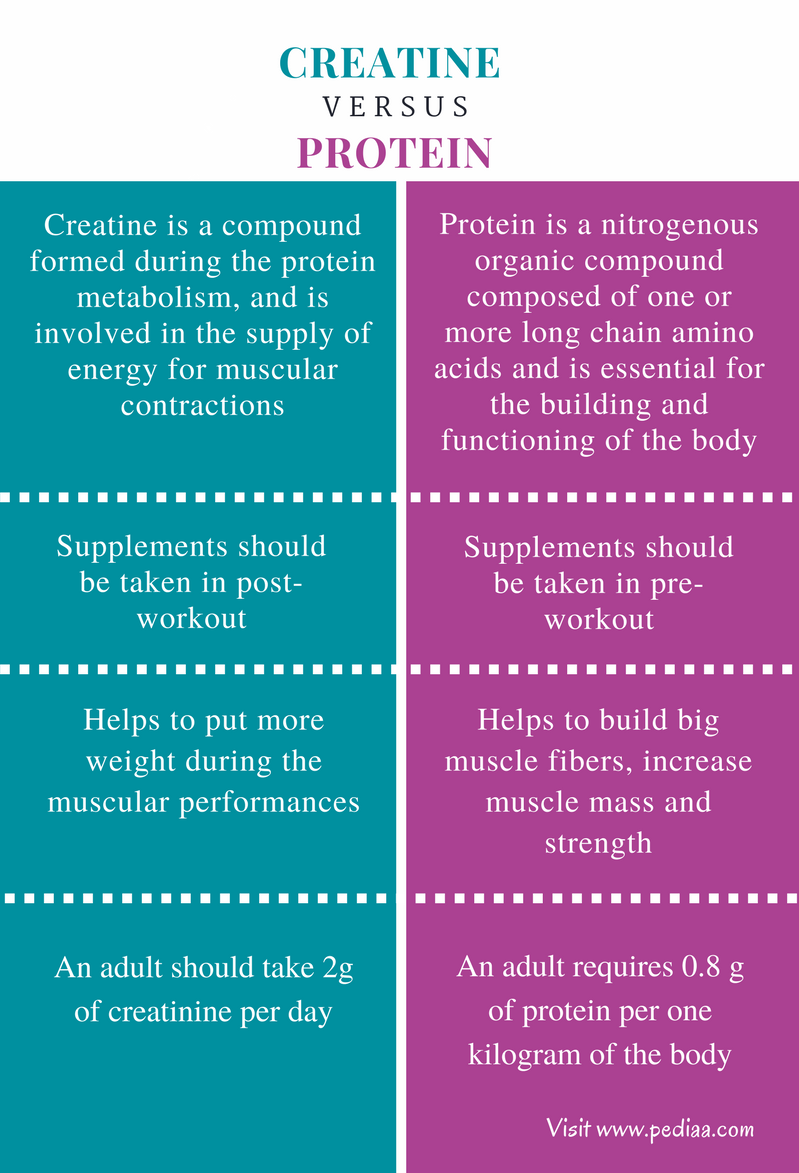 Creatine is an amino acid produced in the human body by the liver, kidney, and pancreas. Glycine, methionine, and arginine are involved in the production of creatine in the body. Creatine is also a naturally-occurring amino acid in meat and fish as well. Hence, creatine can be considered as a non-essential, dietary protein derivative.  It is one of the most popular supplement for mass gain. Creatine is transported into the skeletal muscles through the blood and is stored as phosphocreatine in the skeletal muscles. Phosphocreatine is a high energy molecule since it contains an attached high-energy phosphate group. It is converted into ATP during highly intense short duration exercises like sprinting and weight lifting. Creatine is converted into creatinine by non-enzymatic degradation. The biological half-life of creatine is three hours.

Creatine supplements may increase lean muscle mass and enhance athletic performance. The supplements of creatine may also decrease the levels of triglycerides, lowering the risk for heart diseases. The low creatine amounts in muscles may lead to muscular dystrophy. Creatine is shown in figure 01.

Protein is a macronutrient which is involved in building structure and functioning of the body. It is found in muscles, bones, hair, and skin, and is involved in building body structures. Proteins serve as enzymes and hormones, catalyzing and regulating chemical reactions in the body. An adult requires 0.8 g of proteins for every kilogram of the body in order to maintain proper conditions in the body. The building blocks of proteins are amino acids. Most amino acids in the body are made by using starch and other compounds. The body is incapable of producing a few types of amino acids which are known as essential amino acids. These essential amino acids should be included in the diet. Different sources of dietary proteins are shown in figure 2. 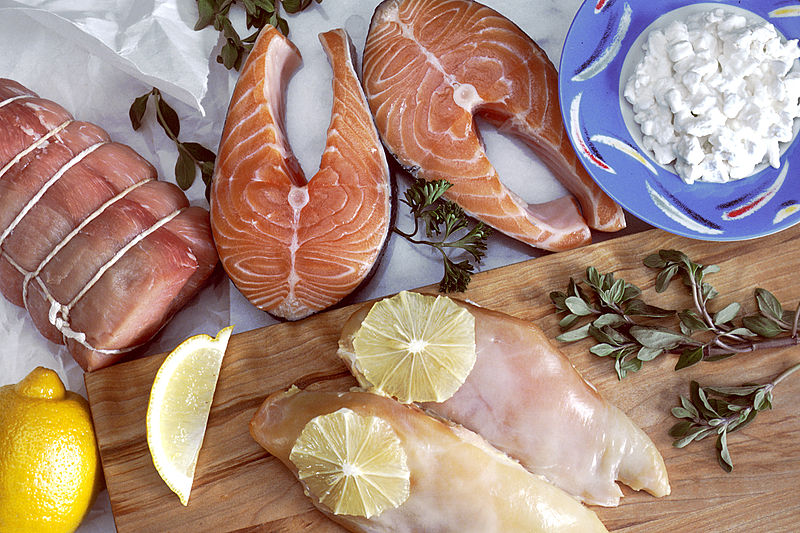 Healthy protein sources are fish, red meat, beans, and nuts. High protein foods play a role in disease prevention and weight control. However, eating red meat on a regular basis may increase the risk of heart diseases like stroke. Whey protein is used as a protein supplement to achieve daily protein requirements of the body. Whey protein is one of the two proteins found in milk.

Similarities Between Creatine and Protein

Difference Between Creatine and Protein

Creatine: Creatine is a compound formed during the protein metabolism, and is involved in the supply of energy for muscular contractions.

Protein: Protein is a nitrogenous organic compound composed of one or more long chain amino acids and is essential for the building of structural components of the body and the functioning of the body.

Creatine: Creatine supplements should be taken in post-workout.

Protein: Proteins supplements should be taken in pre-workout.

Creatine: An adult should take 2 g of creatinine per day.

Protein: An adult requires 0.8 g of protein per one kilogram of the body.

Creatine and protein are two compounds formed in the body. Both of them are involved in the functioning of muscles. Creatine is produced primarily in the liver and transported into muscles through blood. Creatine is converted into phosphocreatine, a molecule with high energy phosphate group in muscle for storage. Phosphocreatine is used in the production of ATP during high intense muscular actions. Proteins are components of the body structures such as muscles and bones. Proteins such as enzymes, antibodies, and hormones are also important for the functioning of the body. The main difference between creatine and protein is the role played in the action of muscles in the body.