Delhi is the capital territory and the second most populous metropolis in India. It has a population of about 16.3 million.  It is located in Northern India and borders the states of Haryana and Uttar Pradesh.  Delhi is divided into nine districts.

Delhi has a long history that can be traced back to 6th century BC. It has served as a capital of several kingdoms and empires throughout the history. It is said that Delhi was the site of seven different cities between 3000 B.C. and the 17th century A.D. This historical influence can be seen in many buildings and monuments in Delhi. Monuments such as Jama Masjid, Qutub Minar, Red Fort, Humayun’s Tomb and  Purana Qila are examples of this influence. 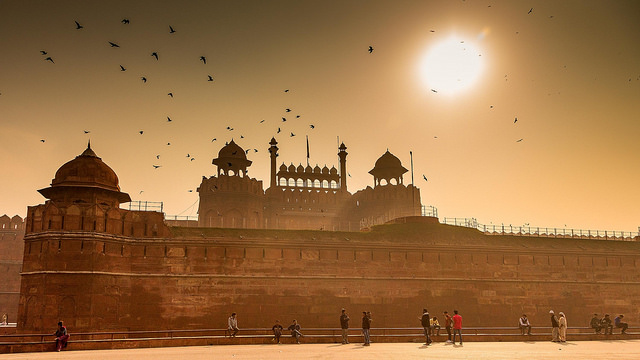 What is New Delhi

As explained above, Delhi is divided into nine districts, and New Delhi is one of these districts. New Delhi is also the capital of India and the seat of the executive, legislative, and judiciary branches of the Government of India.

New Delhi served as the second capital of the British Raj from 1911 to 1947. Earlier, Calcutta was its capital. The city of New Delhi was designed and created in the early 20th century by British architects. Though some indigenous elements can be seen, the architecture mostly falls into the Western styles. New Delhi is structured around two main esplanades called the Rajpath and the Janpath. Rashtrapati Bhavan, Connaught Place, Secretariat building, Parliament, Lodhi Gardens, Jantar Mantar and India Gate are some of the most famous buildings in New Delhi. Difference Between Delhi and New Delhi

Delhi is located in Northern India and borders the states of Haryana and Uttar Pradesh.

New Delhi is one of the nine districts of Delhi.

The history of Delhi can be traced back to the 6th century BC.

New Delhi was designed and built in the 20th century.

Delhi is the capital territory of India.

New Delhi is the capital city of India.

The buildings and monuments in Delhi are influenced by Mughal and other indigenous architecture.

The buildings and monuments in New Delhi are influenced by Western architecture. 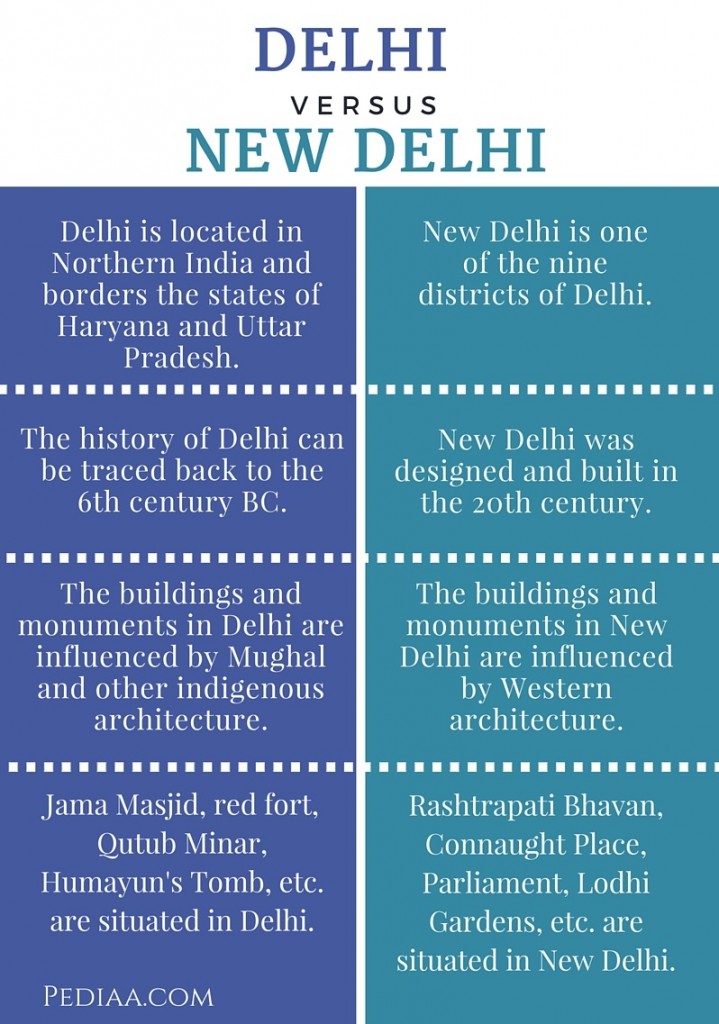