There are two types of forces between molecules and atoms: primary bonds and secondary bonds. Primary bonds are the chemical bonds that occur between atoms and can be categorized as ionic, covalent and metallic bonds. These bonds are also called intramolecular bonds. Secondary forces are attractive forces occurring between molecules. Thus, they are called intermolecular forces. There are three main types of secondary bonds: dipole-dipole, London dispersion and hydrogen bonds. Hydrogen bond is a special type of dipole-dipole attraction that occurs between a lone pair of electrons on an electronegative atom and a hydrogen atom in a polar bond. The main difference between dipole-dipole and London dispersion forces is that dipole-dipole forces occur among molecules with dipole moment whereas London dispersions occur due to instantaneous dipoles that form in atoms or nonpolar molecules.

3. What is the difference between Dipole Dipole and London Dispersion Forces? 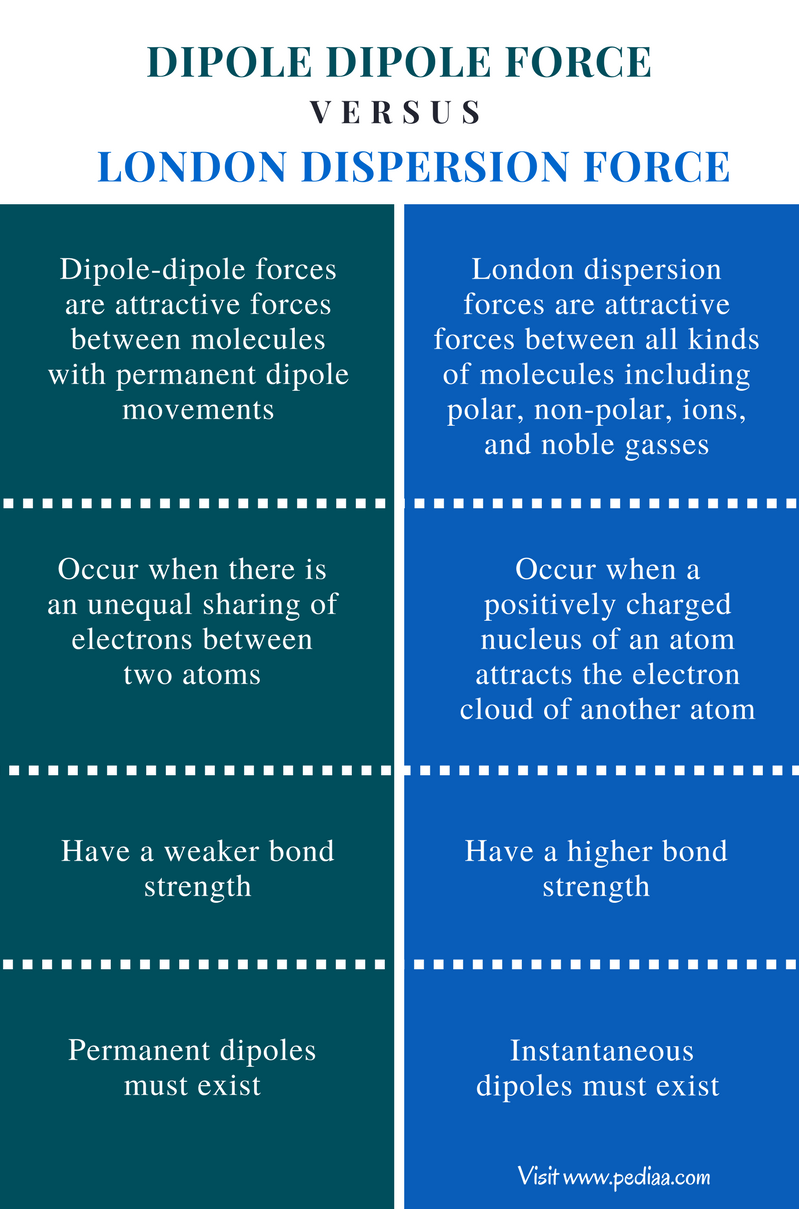 What are Dipole-Dipole Forces

What are London Dispersion Forces 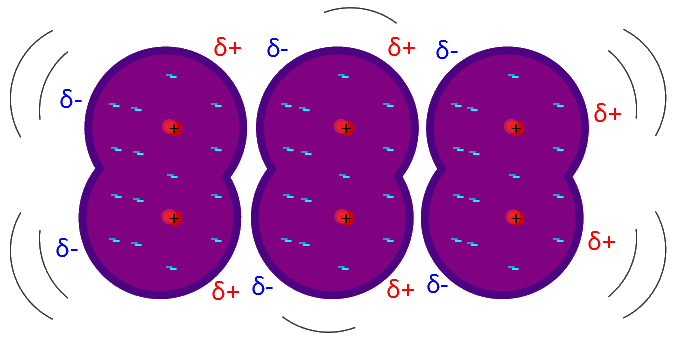